I am not an actor, but I live in Los Angeles, so I kinda know a little something about the craft anyway.1 I know that acting is the manly, rough-and-tumble art of simulating reality in exchange for lots and lots of money. In movies, tornadoes can be portals to an alternate universe, Bill Paxton’s worst enemy, or a convenient receptacle for sharks. It’s the actor’s job to bring emotional truth to patently absurd situations. The cast of the upcoming Warner Bros. film Suicide Squad is the most macho, Method troupe of actors since On the Waterfront, A Streetcar Named Desire, and Police Academy 4: Citizens on Patrol — combined. They are reportedly all so messed up, so crazed by the intense preparation that it takes to properly portray a supervillain, that their director has hired an on-set therapist to keep them from snapping.

If you actually thought I was happy to hear about your recent career success at that party we were both at, guess what. I was acting.

Actor Adam Beach, who portrays Slipknot (not to be confused with those dudes in the masks) in David Ayer’s upcoming DC Comics adaptation, told E! that Ayer hired a friend/life coach/healer/Svengali to prevent them from falling “off the wagon.” Not a literal wagon — the metaphorical wagon of sanity.

“David Ayer is about realism. So if your character is tormented, he wants you to torment yourself. He wants the real thing,” Beach said. A great man once said that when you touch darkness, darkness touches you back. It straight-up cannot get darker or realer than this.

Beach continued: “Us actors explore very fine thin lines going to the dark side and he wants to make sure we finish a movie and don’t disappear somewhere and then don’t show up for work.” You can see how that might be a bad thing for the producers and financiers of a motion picture. 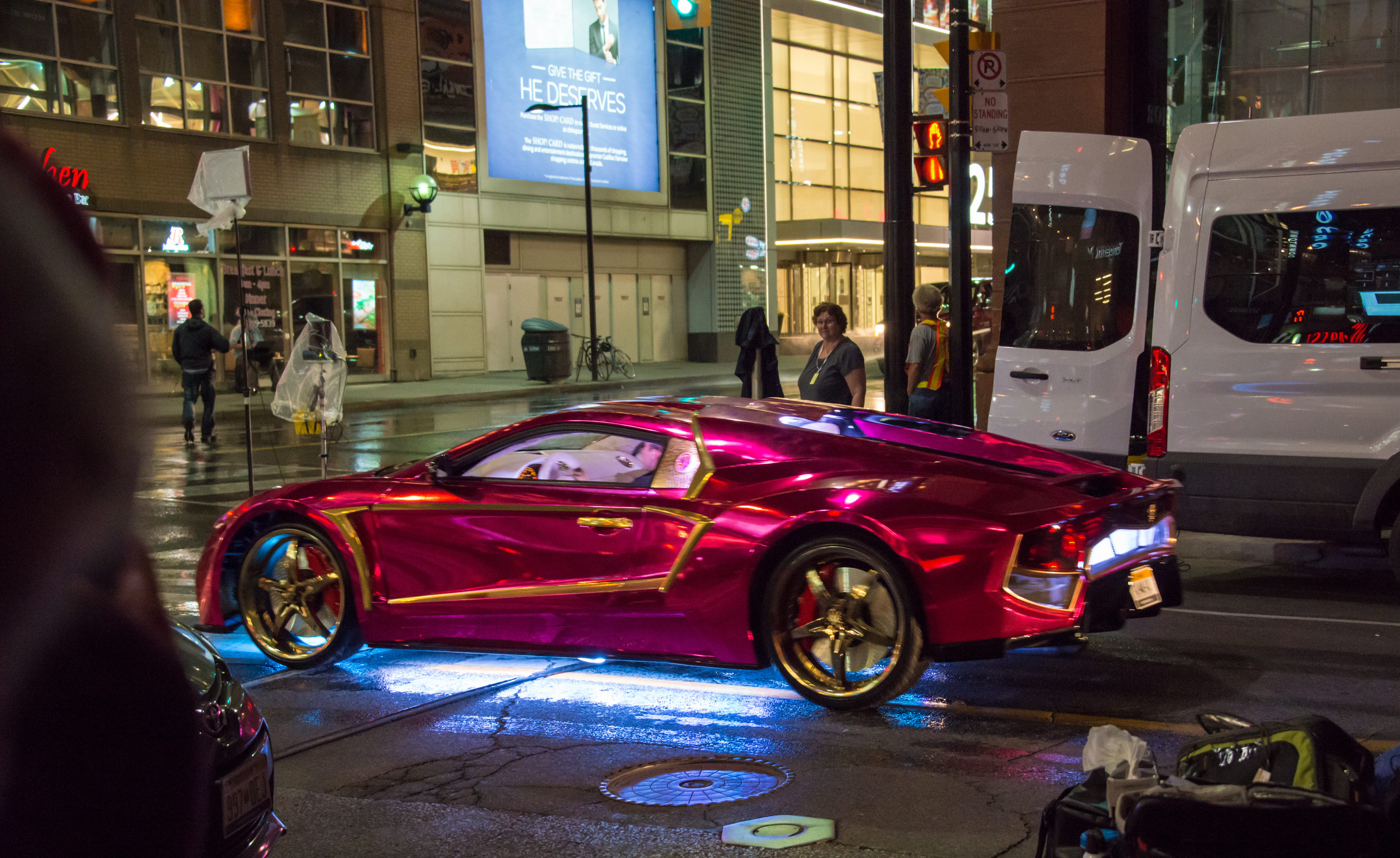 This is a set photo of the Joker’s car. Jared Leto is probably so messed up in the head right now that he thinks that’s his car. Jared, that is not your car, man. I’m sorry. That car belongs to a fictional character/Time Warner.

The more I see and hear, the more worried I get that the guy playing Killer Croc is living in the sewer and eating garbage right now. This therapist/confidant/acting coach/personal trainer/keyholder can’t get to the set fast enough.

You might think this is some kind of goof-’em-up viral marketing gag designed by the studio to appeal to angsty tween boys and make this movie seem edgier than it actually is. You’re so wrong. The evidence is all there. Let’s start with Leto’s Twitter account.

What is that? Is that some wacky net art I’m not familiar with? Academy Award winner Jared Leto is clearly on the edge right now, and this tweet is a cry for help. “He sent [Margot Robbie] a nice love letter with a black box with a rat in it — a live rat. It was beautiful. Then he sent bullets to Will [Smith] with a letter,” Beach also told E!. After receiving a “dead hog” and a video of Leto in character as the Joker, Beach said, “we realized that day, this is real.” Well, not quite. It’s actually, definitely still a movie, but I can see how that gets confusing when you force a bunch of Teamsters to write “Captain Boomerang” on all of your coffee cups.

These are clearly the ramblings of a disturbed individual who can’t separate his work from his real life. I mean, look at that hat! Leto would never wear a hat like that, but the Joker? The Joker would totally rock that wide-brimmed straw deal all over Gotham City.

How’s Margot Robbie dealing with this ultimate thespian challenge/motion picture? She’s barely been tweeting since filming started! That’s just proof of how deep into character she’s gone. Margot, are you there? It’s Dave. There’s no need for you to wear pigtails to the grocery store. Also, you are Australian. I swear.

What about acting legend Jai Courtney?

Jai isn't using Twitter yet, but as soon as he does, this will be his official account!

He’s not even USING TWITTER YET. He’s looking terrifying, though:

Captain Boomerang you are bigger than one of the sets. pic.twitter.com/lSLHOWpAuX

Whoever this life coach/therapist/shaman is is doing vital work. It’s so easy to slip into the black hole of Method acting and never escape, which is why only the most accomplished actors attempt to employ that technique in their work. I mean, you don’t see Peter Mayhew asking to be called Chewbacca, do you?2 No one wants Courtney to start believing he’s actually a mercenary or Leto to think he’s actually Ninja from Die Antwoord. I commend Ayer for his commitment to mental health and stability and offer these words of advice to his Method actor whisperer:

Make Them Call Each Other by Their Real Names

Of course, that doesn’t stop me from screaming “Chewie! Let the Wookie win, bro!” at him at Comic-Con every year.

Pretty simple concept here. Referring to your colleagues as “Adam” or “Viola” goes a long way toward firmly establishing the boundary between reality and fantasy. “Hey, Enchantress, can you grab me a bag of Cheetos?” just doesn’t sound like a healthy thing to be saying.

Gotham City is not real. Dave & Buster’s is real. Real fun, that is.

Have Their Parents on Set

Nothing in this world can reliably snap me out of my delusions of grandeur faster than a visit from my family. You think Jay Hernandez is going to be comfortable referring to himself as El Diablo and mailing his castmates dog poop if his mom is in his trailer telling him to make his bed and stop cursing so much?

Will Smith might ask for his checks to be made out to “Deadshot,” but no bank outside of Switzerland will accept them.

Sit Them Down in a Room, Remind Them That They Are Freakin’ Adults, and Shake the Hell Out of Them for 15 Minutes Straight

These are professionals who have been (theoretically, in the case of Courtney) perfecting their trade for years. Smith straight-up played the devil in a movie! He doesn’t still think he’s the devil, does he? DOES HE? Tell him to cut the crap! If this movie actually makes people insane, then for god’s sake don’t let terrorists get their hands on the screenplay. They might weaponize it. My final suggestion to the life coach/mentor/youth pastor on the set of Suicide Squad is to simply lock each and every actor in the film in a closet and scream “You are not a supervillain!” in their face for a while. If that doesn’t work, just shake ’em. Shake ’em real good until they stop acting crazy. That always works.