Lately I’ve been thinking about Mrs. Richard Ramirez. I’ve been worrying that she may have been ahead of her time.

To briefly recap: Fifty Shades of Grey is the story of a college girl who has such electrically charged sexual chemistry with a breathtakingly handsome but hugely damaged megalomaniac billionaire that when he declares on their first date that “Some people say I don’t have a heart,” “I don’t do the girlfriend thing,” and “I’m not the man for you. You should steer clear of me,” she rolls her eyes and thinks, Let’s not get all bogged down in details. That’s because she — like every smart, spunky career gal embarking on a romance — knows that taking a man at his word is for sissies.

In some ways, that fictional plot is easier to believe than the absolutely true story of its creator, E.L. James (née Erika Leonard), a middle-aged former TV executive who self-published an early draft of Fifty Shades of Grey as Twilight fan fiction and then somehow parlayed it into one of the best-selling books in the history of publishing.

That’s a full life for many. Harper Lee found it so exhausting that she went on hiatus for 55 years. But James is not content to rest on her laurels. No, she is out to prove that within her chest still beats the heart of a TV executive as she aggressively carves out a spot for her “brand” on the lifestyle landscape, somewhere in the fertile but underdeveloped terrain between Martha Stewart and Larry Flynt. 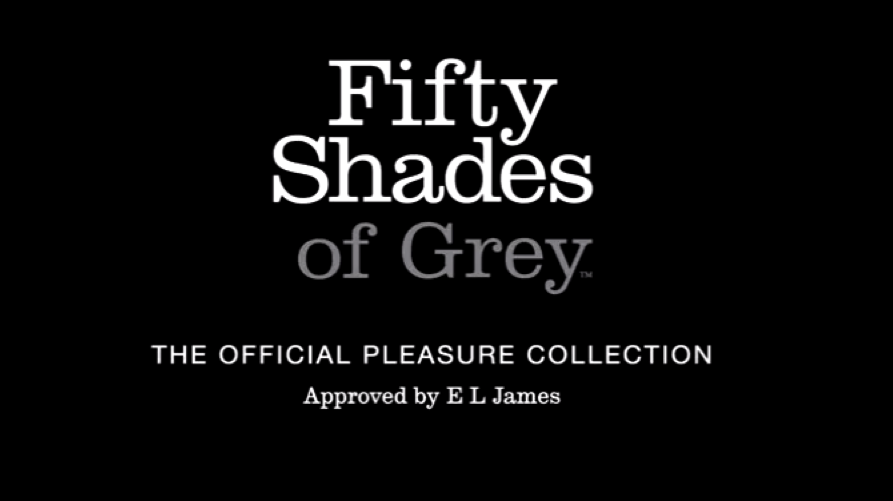 Though this is certainly not pop culture’s first sexually explicit moment, James appears to be distinguishing herself as such a marketing obsessive-compulsive that she must look at Last Tango in Paris and wonder why the people involved never trademarked their own line of butter. Or why Erica Jong missed her chance to promote a line of zipperless clothing.

James has put in place hundreds of trademarked Fifty Shades of Grey products, ready to capitalize on the success of the movie. In addition to the standard movie tie-ins like a soundtrack album, assorted T-shirts, jewelry, makeup, nail polish, and a “liberating and revealing party game,” she is also offering a trademarked wine list. So far there are only two varieties for sale on the brand’s website,1 displayed beside a featured video documenting the author as she performs her duties as “a wine blender.” Watch her as she tours a Northern California vineyard, resplendent in a long blue brocade coat, sipping sample wines and nodding her approval to the sounds of a dramatic Ennio Morricone–style guitar track.

So far, the online wine reviews are mostly positive. One Amazon reviewer said, “This wine makes me feel like I’m not even a person. It tastes like a dangerous liaison with a drink that wants to tie you up and beat you!” I haven’t tried it yet, but this description makes me think it may be treading over some of the same wine territory traditionally associated with muscatel or Mogen David.

Speaking now as someone who has toiled in the frequently dark shafts of the publishing mines for my entire life, had E.L. James asked for my opinion at that point, I would have told her, “Stop! You’ve got more than enough products!”

But, like her alter ego Anastasia Steele, “Christian was whispering in her ear,” causing E.L. to start “ wanting … needing” more and more things to sell. So she added two kinds of Ben Wa balls! And eight different kinds of vibrators! Two kinds of nipple clamps, three kinds of lubricants, three kinds of blindfolds, a deluxe mouth gag with a leather-bound bit gag! Then she added a hog tie (compatible with any D-ring cuffs!) and a “sleek and effective” Fifty Shades of Grey “Spank Me Please Spanking Ruler” ($11.99), about which Anastasia says, in the ad copy, “Only Christian could turn me on with just a look and the flex of a ruler …” One presumably satisfied ruler customer called the item “Delightfully viscous.” Sadly, this left me unsure if they were misspelling vicious or if the ruler were actually glutinous and gelatinous.

There is also a rather large menu of Fifty Shades of Grey hitting and restraining implements. “The Red Room flogger” for $65 calls itself “one of the most versatile spanking tools money can buy!” Or you may find yourself more drawn to “The Sweet Sting Riding Crop” ($32), about which Amazon reviewer Chris M. said, “Broke during first use.” As with so much online content, it’s difficult to know if this review is an indictment of the product or just a good reason to avoid any contact with Chris M.

There are other ways in which E.L. James is breaking new literary-adjacent ground, as she seems to be poised to be the first best-selling author to endorse not one but TWO kinds of butt plugs. Her Fifty Shades of Grey “Something Forbidden Butt Plug” offers “improved orgasmic response” ($19.99), unless you’d prefer the more proactive Fifty Shades of Grey “Delicious Fullness Vibrating Butt-Plug”($29.99). Never before has a butt plug been romanticized so luxuriously (or at all), as we see in this special “approved by E.L. James” Fifty Shades of Grey marketing video, from the light glinting off the Swarovski crystals to the sounds of a classical piano track heard behind the slow-motion footage of the free-falling butt plug, as an unseen British woman with a beautiful manicure seductively whispers the phrase “deliciously smooth butt plug” as though she were describing the warm caresses of the trade winds during a cruise on a yacht past a pastel sunset in Bali.

Unfortunately, when I asked my husband, a musician, to help me identify the accompanying music, he was unsure. “Probably something by Butthoven,” he finally advised me.

“I come — again and again, falling, falling, spinning, pulsing around and around — and Christian gently pulls the plug out,” says Anastasia in the online ad copy, as she reminds us of how she continually dissolves into hundreds of full-body orgasms without clitoral stimulation. The aforementioned is also a good example of the kind of literary hyperbole that earned the author a class-action lawsuit arguing that the Fifty Shades of Grey “Come Alive Pleasure Gel for Her” misrepresents itself “as having beneficial and aphrodisiac properties to enhance orgasms, despite [the fact] that none of the ingredients in the product, individually or in combination, provide such benefits.”

While we wait to hear whether that legal action has legs (or any other vulnerable body parts that might need to be punished), let’s give credit where credit is due. It’s not every multimillionaire author who merits her own rack right next to the Old Spice display at Target. The day I visited my local store, only three items from the Official Pleasure Collection were for sale: one of the blindfolds, one of the massage oils, and a silicone vibrating ring (never mentioned in the book or the movie). 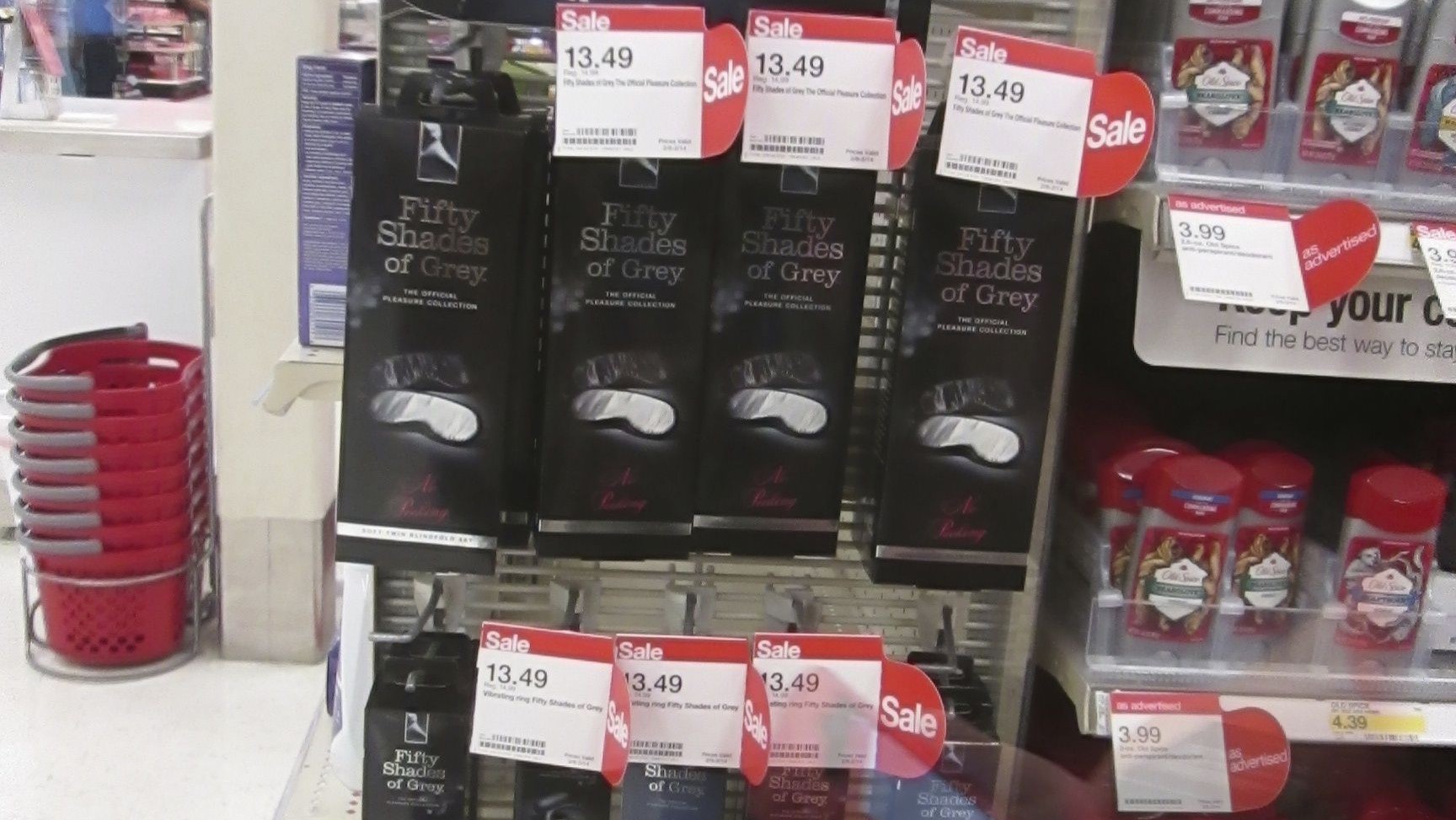 I opened the pack to peek at the vibrating ring. Here is what I saw: 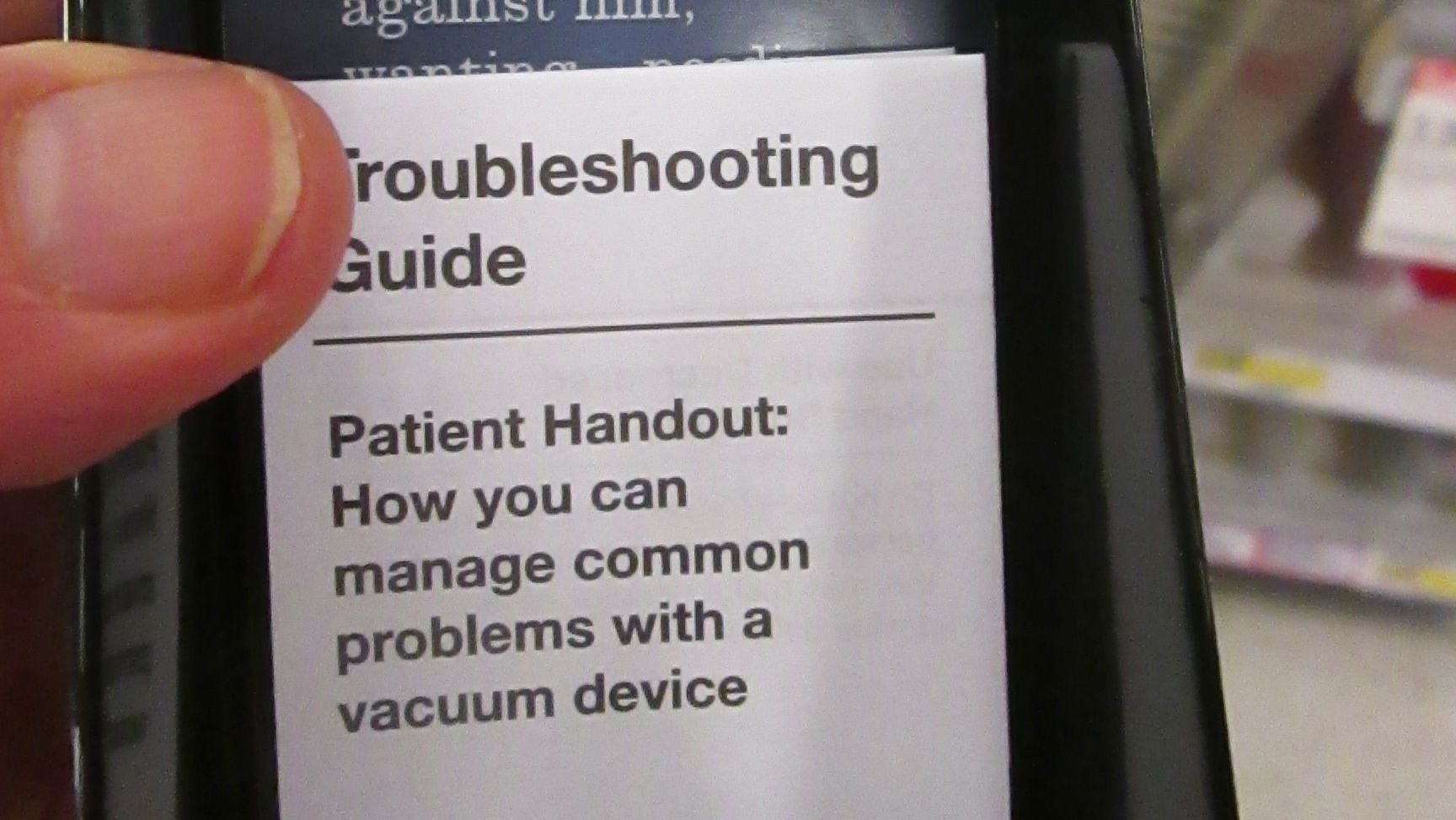 I’m not sure if “patient” is Chinese for “customer,” “sexy billionaire,” or “sadist.”

I’ll admit I was curious about the vibrating ring, but ultimately I decided not to make a purchase because the Amazon reviews were so mixed. “My wife and I both agree. Five stars!” said the first guy. “Didn’t work at all … threw it away because it came apart when I tried to check the battery,” said the next.

So who wouldn’t want to “fill the air with Christian Grey’s intoxicating scent & set the scene for a night of sensual massage” with a man so damaged he cannot stand to be touched by the people he loves?

Which brings me back to Mrs. Richard Ramirez. You might remember her husband, Mr. Richard Ramirez, was convicted of 13 sadistic killings, 11 rapes, and 14 burglaries. Known as the Night Stalker, he also had the best cheekbones in serial killing. So when Doreen Lioy, a frumpy fortysomething former magazine editor, came upon his picture on television, she saw “something in his eyes. Something that captivated me … maybe the vulnerability, I don’t really know.” In 1996 the two were wed, even though he was forbidden conjugal visits. “If you can find the right person to receive that part of you, that unconditional love and commitment, then it is the perfect marriage,” said Mrs. Ramirez, reflecting the same message about the power of romantic love to change a disturbed guy that underlies both Twilight and Fifty Shades of Grey.

And that is why, this Valentine’s Day, my message to my fellow females is the following: If a hot guy you just met says, “Some people say I don’t have a heart” and you ask him why and he replies, “Because they know me,” and then a few minutes later he also says, “I’m not the man for you. You should steer clear of me” and “I don’t do the girlfriend thing,” please, dear romance seekers, do not set out to prove him wrong. When a man proudly tells you that he’s missing a heart, all the butt plugs in the world will not change him. So take your nipple clamps and your Ben Wa balls and store them until you find a guy who has a fetish for love.