For a show premised on the total devolution of society after the mysterious disappearance of all electricity from the world, there sure is A LOT of electricity on this show. Magical electricity. That will temporarily resurrect your Discman* &#8212 remember, the power went out in 2012, so why wouldn’t someone have a Discman laying around the house? &#8212 from the dead so that you can listen to just enough “I Heard It Through the Grapevine” to know that there is, in fact, a flickering hope that the lights will come back on.

(Also, the iPhone from last week came online immediately, despite the fact that its battery had been discharged for 15 years. We suppose we’re all going to learn the laws of this bullshit magical electricity together, then watch helplessly as it ruins a perfectly good, crossbow-crazy dystopia.)

Is There Any Way to Make the Crossbow an Even Cooler and Deadlier Weapon? 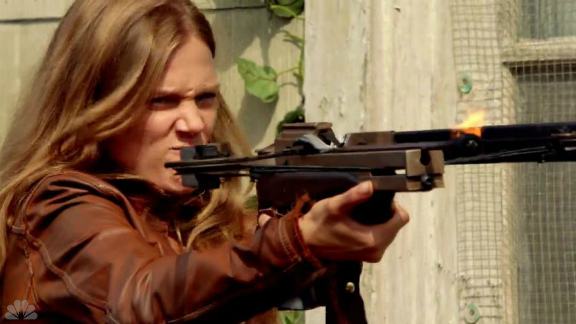 Would This Episode’s Most Dramatic Scene Be Improved by Replacing Star Billy Burke With His Daughter From Twilight? 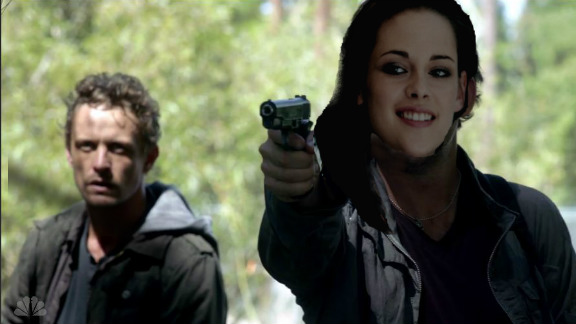