Before TMZ, and even before the Internet, there was celebrity drama. But where was it? And who was involved? And how did people find out? Rembert Browne investigates.

You see, on the first go-around in 1989, Dixie was very much present. So present, in fact, she was Delta’s matron of honor. But when it was time for Delta to renew her vows two years later, there was no Dixie. No Jean. No Annie. And not even Meshach.

So what in Sugarbaker Design’s name did Delta do?

That’s a long story. But what was set in stone — following this re-declaration of love in the summer of 1991 — was that the upcoming sixth season of Designing Women would go forward without Delta Burke.

For five strong years, 1986 to 1991, Designing Women was the most important show in America starring four women who didn’t live in Miami. Considered by some as little more than a Golden Girls knockoff — that show debuted a year earlier, in 1985, to rave reviews, because it’s the most zinger-filled show we’ve ever had — the show struggled at first to find its footing. It bounced around from time slot to time slot, and CBS even threatened to cancel it, but a viewer campaign proved too strong, convincing CBS that the show did have a true audience. And by 1989, coupled back-to-back with Murphy Brown on Monday nights, it became a hit.

The infectious onscreen chemistry between the costars suggested that they were friends offscreen. And the hunch was right, because they were. But could it last? That was expertly instigated, as the foursome were guests on The Joan Rivers Show.

A few things are clear after watching the cast as a real-life unit. Each woman is independently funny; as a group, the one-upsmanship that we see in the show carried into their real lives. When all cylinders were clicking, as they were in this appearance (and typically on the show, through their characters), it’s hard to top. But it’s also easy to see, with these types of strong personalities occupying one space (especially Dixie and Delta), how it could be an easy breeding ground for drama. Not that it would, but simply that it could. 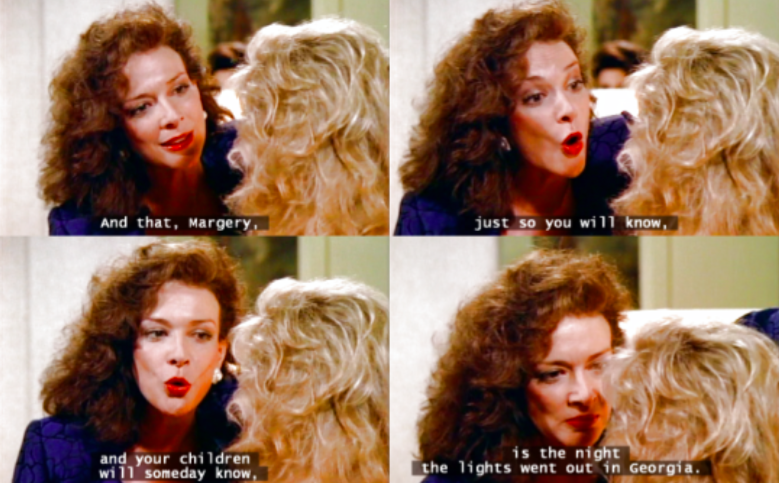 “Along with her talent, Delta, 34, carries into life a reputation for fiery southern passion that is as tangible as bayou moss.” —People, 1991 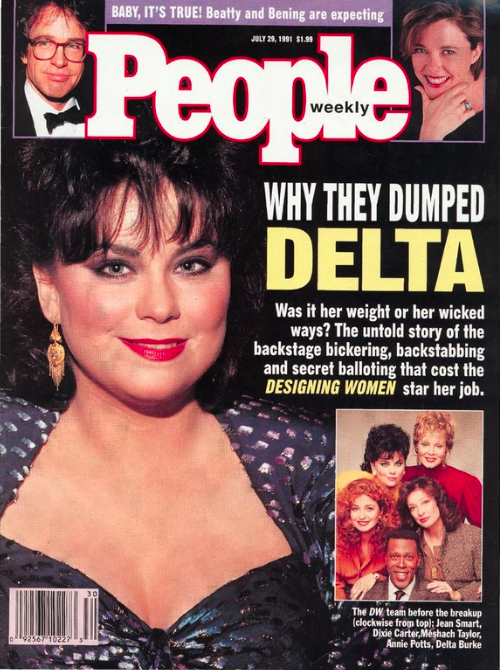 The 1991 People cover story on Delta and Designing Women was, in some ways, the final real-time chapter of the book, emerging the same week that the show began taping its sixth season, its first without Burke.

But the early stages of the drama stem from one of the happiest days of Delta’s life, her 1989 marriage to actor Gerald McRaney. According to Burke — speaking to Barbara Walters in 1991 — her husband was the first man who let her, a former Miss Florida beauty queen, feel comfortable in her own skin, the first man who saw beyond her beauty. Around this time, Delta’s weight began to increase, in a way that was noticeable to everyone: the public, the network, the producers, the show’s costars, Delta, and Gerald.

According to People, “her [Delta’s] husband stocked a room at home with pounds of chocolate, as a dramatic way of saying he loved her for herself, not for the way she looked.” Unfortunately for Delta, and the show, this weight gain unfairly became the focus for the public, creating a tabloid whirlwind surrounding this idea of Burke “letting herself go.”

While some saw Delta’s husband as an enabler of this distraction, the weight gain wasn’t met with an ill response within the show, and thus was not the true reason for the mistrust surrounding McRaney. In fact, the weight gain — while noticeable — was not standing between Delta and her role. In December 1989, the show decided to acknowledge what much of the public had taken to be their business — Delta’s weight — by way of a very special episode, “They Shoot Fat Women, Don’t They?” in which Suzanne returns to her 15-year high school reunion and is ostracized for the weight she has gained. The episode became a landmark in Designing Women history, helping to earn Delta an Emmy nomination — tackling her tabloid drama was seen as a courageous act.

So there was support from her TV family concerning the negative publicity she’d received for her weight gain. But there was something else less-than-peripherally related to Delta’s husband, and again considered to be part of an ever-evolving attempt to prove his love to her. It was McRaney filling his wife’s head with a confidence that would later be seen as arrogance. The end result: Delta Burke convinced that she was the outright star of Designing Women.

The issue was, no one else saw it that way.

The most powerful couple in the Designing Women universe was not Burke and her husband Gerald McRaney. That designation would go to the Thomasons, Harry and Linda. The two were co-executive producers of the show; Linda was also the show’s creator. Burke, while a burgeoning star, was but a piece of the puzzle to their Designing Women universe.

In the spring of 1990, however, Harry Thomason was approached by Burke’s agent to discuss the reality — or necessity — of that equality. In a classic “he said, he said,” the agent claimed the meeting was to patch up a tense relationship between Burke and the Thomasons; Harry claimed it was about “the emergence of Delta as the star of the show.” Some of this seemed to revolve around the critical acclaim “They Shoot Fat Women, Don’t They?” brought to the series — Burke claimed the episode was her idea, while Linda Bloodworth-Thomason said she had to spend hours convincing Burke that it was a good idea.

This was the point at which the private bickering became a public feud.

Burke, to her hometown paper, The Orlando Sentinel, on August 2, 1990, the day her Emmy nomination was announced:

There are a lot of things wonderful about it, but I have not wanted to be there for some time now. It is not a good workplace, not a good environment … It’s so strange, being part of something that’s so wonderful and so awful at the same time.

The Thomasons, responding in a press release:

We are all mentally exhausted from the daily trials and tribulations of Delta Burke.

As 1990 progressed, Delta said more about the Thomasons in the press, claiming they forced the cast to go on “extreme diets,” and that Harry Thomason had, at one point, locked the cast in a room and screamed at them. The public beef reached its most visible point in November 1990, as Burke joined Barbara Walters for a tell-all conversation — and did so without telling the Thomasons.

In this talk with Walters, while focusing much of her critique on the Thomasons, Burke revealed one thing about her costar, Dixie Carter: She was disappointed that Carter, someone she considered a close longtime friend, had publicly sided with the Thomasons. But it wasn’t just Carter siding with the Thomasons, it was the entire cast, ultimately leaving Burke out on her own. 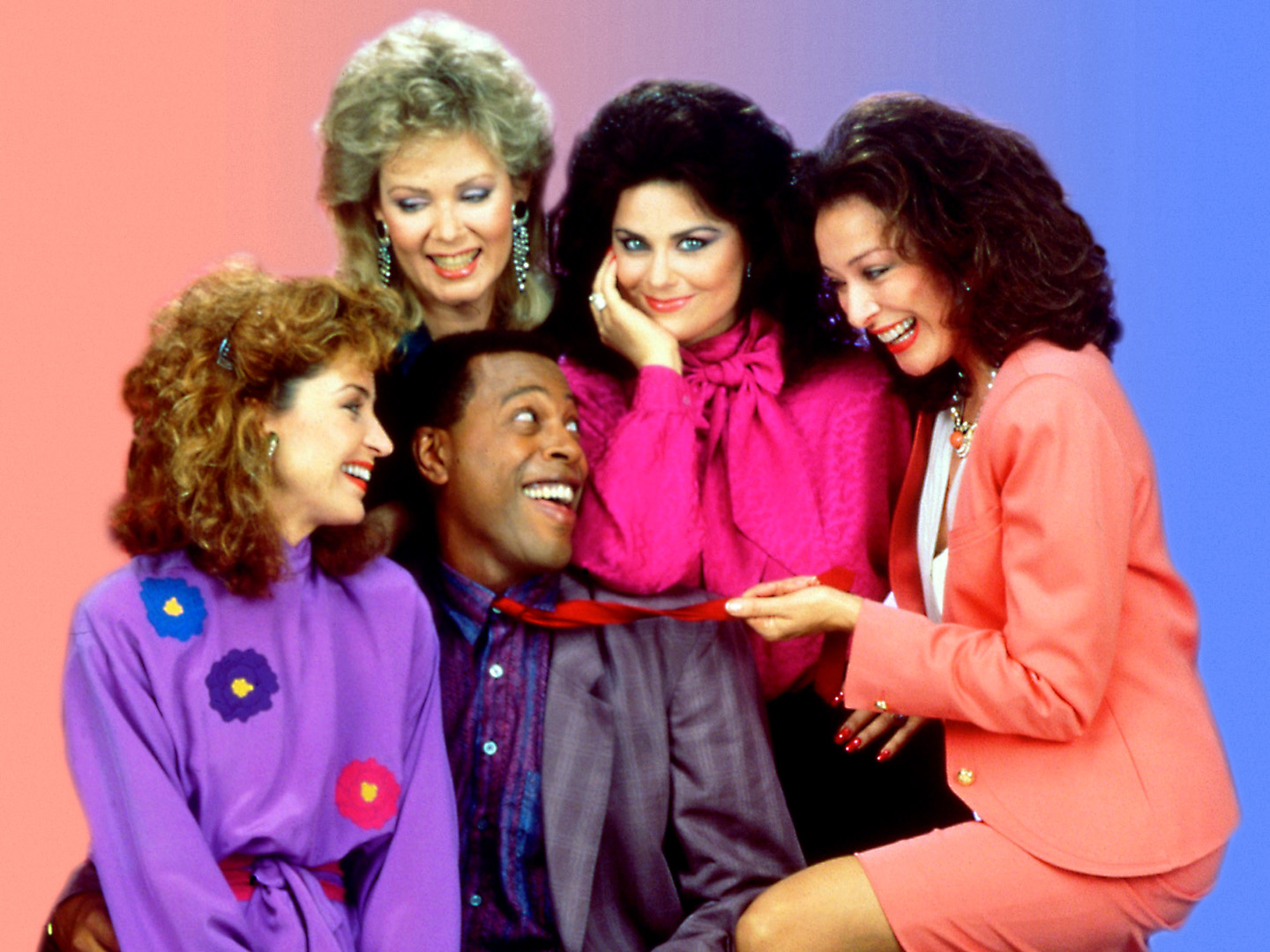 While all of this drama was swirling, Designing Women was at its ratings peak in its fifth season. The week before the Barbara Walters special, Designing Women was the fifth-highest-rated television show. At this same time, however, Burke had asked for a release from her contract, something that was initially perceived to be a negotiation tactic to garner a higher salary. But then she asked to be written out of the show in a series of transitory episodes. The Thomasons, despite the public chaos they were embroiled in, still wanted her character onboard, so they refused. And two months later, in January 1991, Burke sued the Thomasons on the grounds of being written out of an episode as punishment.

The public quarrels were reaching a fever pitch — with still months left in the fifth season — but it’s what happened privately a few months later that ultimately signified the beginning of the end.

Burke came to the set on March 28 to film her segments, then left. Once she was gone, a meeting with the cast and producers took place, with the purpose of voting on whether Burke should return for the sixth season. The vote was that she shouldn’t. The following week, Harry Thomason wrote a letter to the chairman of Columbia Pictures, asking him to release Burke from her contract.

“I’ll be friends with these women for the rest of my life” —Delta Burke, 1986

In 1991, this sure didn’t seem like it would ring true. Designing Women went on for two more seasons, with Burke (and soon Jean Smart) replaced by Julia Duffy and Jan Hooks. But the show was never the same. While pulling in great post-fallout ratings in Season 6, the show tanked in Season 7 and was soon off the air.

In the years that passed, some of those lingering beefs from the show’s glory years remained. But time heals. People grow up. There’s beef, and then there’s squashed beef. And eventually, some of the more tense relationships were ultimately patched up.

After years of bickering, Burke and Linda Bloodworth-Thomason reunited for the second life of Suzanne Sugarbaker in the 1995 sitcom Women of the House. While the show only lasted a season, its ultimate legacy is the professional and personal mending of fences between the actress and the writer.

As for Burke and her costar, onscreen rival, friend turned foe WOE Dixie Carter, their fallout lasted far longer. After not attending the renewal of Burke’s vows in 1991, more than a decade passed before the two began to reconcile. But it happened — privately, and eventually publicly.

In 2002, Delta Burke appeared as a guest star on Family Law, a show in which Dixie Carter was a costar. 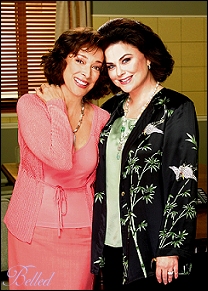 As the years went on and nostalgia became an increasingly valuable form of currency, the gang found ways to reassemble. Perhaps the most notable was in 2006, when the Museum of Television & Radio (now known as the Paley Center for Media) honored Linda Bloodworth-Thomason and, in doing so, presented a panel with Thomason and her four Designing Women.

There’s nothing like pushing through drama. As the years progress, and the sad reality of death hits the cast of Designing Women (Dixie Carter in 2010, Meshach Taylor and Jan Hooks in 2014), it’s a relief to know that things were patched up voluntarily, instead of at the moment when it’s too late.

Long live Designing Women, long live the non-Floridian South, and most importantly, long live beefing and then, years later, learning to laugh about it.