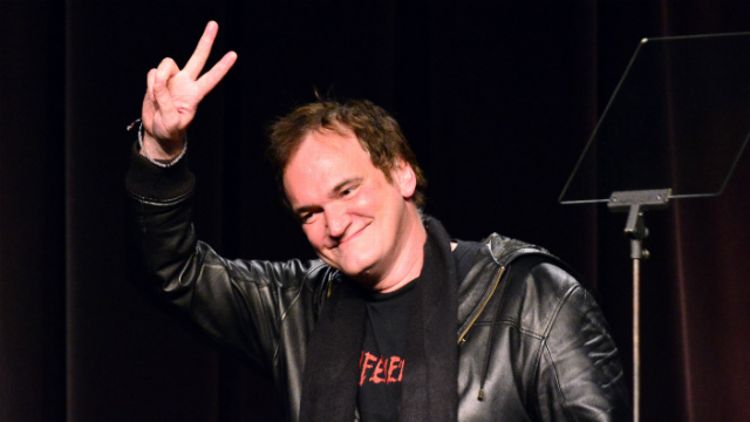 Quentin Tarantino’s working hard to make sure he ends up as famous for gut-punch titles as he is for indulgent banter and splashy violence. The Hateful Eight is the latest in the bunch, joining thunderbolts like Inglourious Basterds, Death Proof, and Kill Bill. It’ll be a Western, following Django Unchained and marking the first genre double-dip in Tarantino’s two decades of writing and directing. Moving on to the rumor mill, though, the one redolent of credibility: How do you feel about Christoph Waltz and 77-year-old Bruce Dern signing on to this thing?

There’s no hard info about roles or about the conversations taking place, but Tarantino has reportedly finished his script’s first draft and is getting it out to the actors he wants. Waltz and Dern are the two names that have escaped the chambers of secrecy. “I sat with Dern recently,” Deadline’s Mike Fleming Jr. writes, “and he is as razor sharp as ever and has an encyclopedic memory for Hollywood lore and his place in this world. This has made him the perfect candidate for a ‘comeback’ — he is still so on his game — and a handful of directors who are resourceful in their casting like Payne and Tarantino are very astute in recognizing that.”

I have no clue how Dern decides which films to join and which to turn down — and he’s surely getting plenty of intriguing offers in the wake of Nebraska — but Tarantino’s reputation is hard to ignore. The man loves orchestrating a comeback, having written a number of unforgettable parts for great underserved actors at exactly the right time — Pam Grier, David Carradine, Kurt Russell, John Travolta. Knowing QT can get (almost) any actor he wants, and that he wants you, must also be tough to say no to. There’s a shred of history here, as well: Dern appeared as Django‘s Old Man Carrucan for about 45 seconds, wearing golden glasses and telling Django he’s “got sand.”

Waltz, meanwhile, is probably a shoo-in. Accepting an award for Basterds at Cannes in 2009, he emotionally thanked his captain, saying, “You gave me my vocation back.” He won an Oscar for that movie, then again for Django. On Tarantino’s end, Waltz is starting to look even more like an official muse than mid-’90s Samuel L. Jackson did. Last April, Tarantino said he’d been imagining Django for a long time, and never with a German dentist/bounty hunter in the mix. “The next thing I know, I sat down and wrote that opening scene, and he just flew right out of the pen, like it was the tenant [sic] of God, boom!” If Waltz does The Hateful Eight, he’ll be the first major actor to do three Tarantino movies in a row. Maybe he’ll just do every one from here on out — that would be such a bingo.