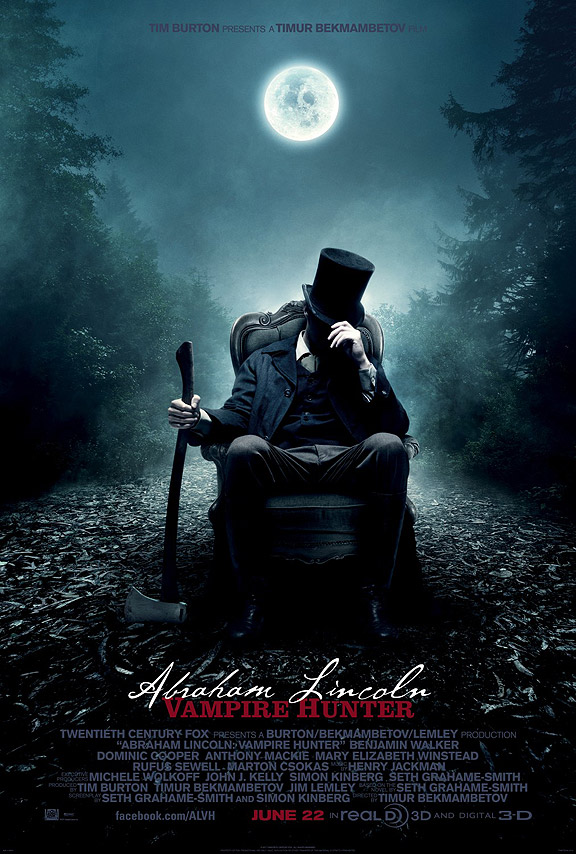 What the art says: The title is goofy, but the image is creepy. The ax, the hidden face, the skull in the moon, the chair in the woods. (Ever meet someone who sat on a chair in the woods? Exactly.) It also says Tim Burton is a firm believer that pale guys sitting on their ass sell movies better than a bootlegger on Canal Street. See also: Sweeny Todd, Beetlejuice
What the text says: There aren’t any stars in this movie. The only people billed here are Burton and director Timur Bekmambetov. Our finely tuned font calipers show that Timur’s name is a bit bigger, which is a true victory for all the mole people in the world. Really, dude looks like a mole. 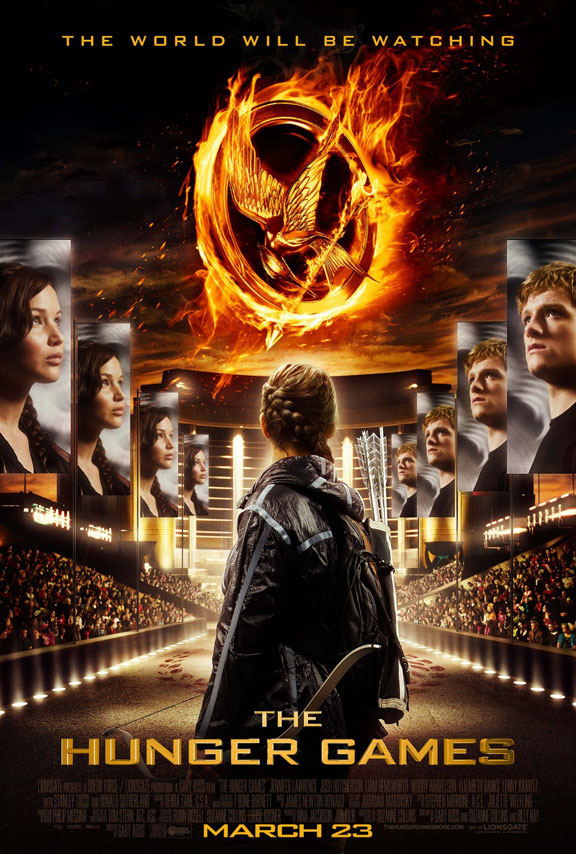 What the art says: The flags, the stadium, the fiery logo, it all adds up to one big, “Huh?” But not as big a “Huh?” as the decision to not make better use of its (jawdropping) star.
What the text says: If you haven’t read the books, stay home. No stars. Not a mention of a producer or trollish director. Even Suzanne Collins, the enormously popular author of the series, goes completely ignored. 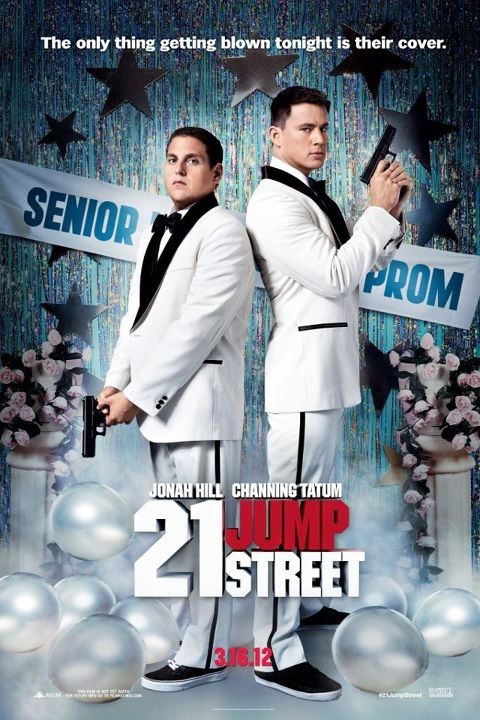 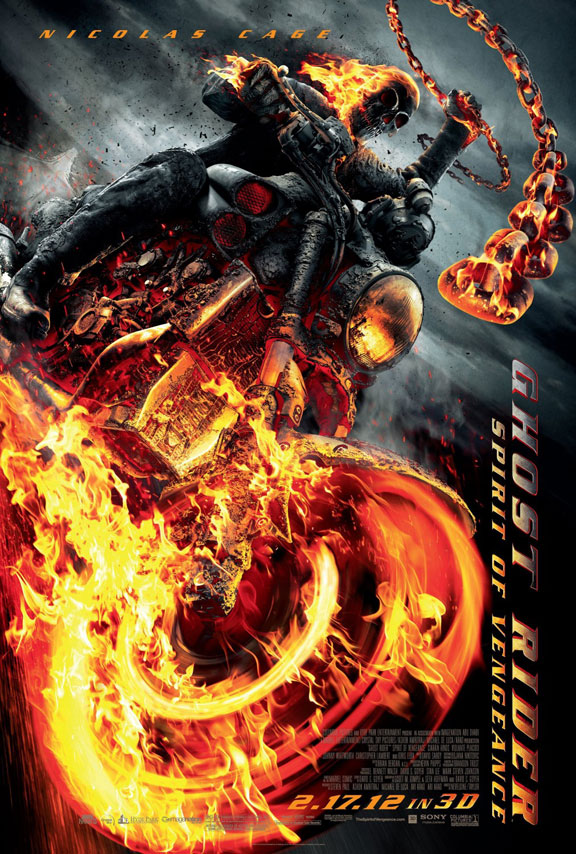 What the art says: The poster for the original must have been a winner, because this one is almost identical. Can’t really blame Sony for double-dipping, though. The first Ghost Rider made $228 million.
What the text says: Nic Cage isn’t the star he was five years ago. How else to explain his name getting smaller and smaller? The only other possible explanation is that his contract stipulates that the font size used on his name must correlate directly with his net worth. 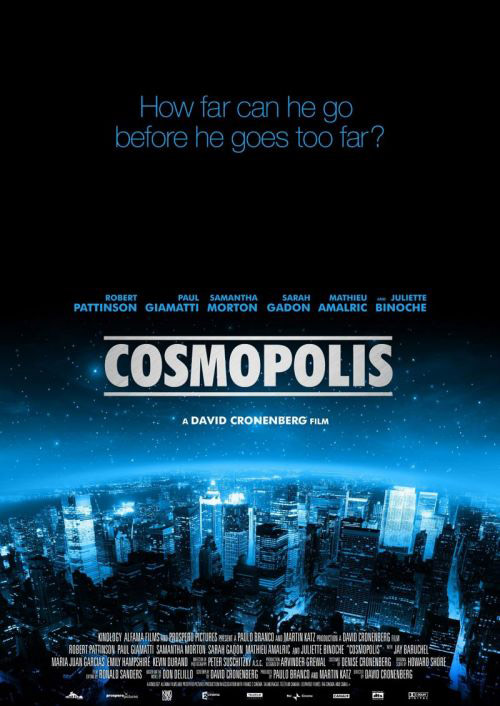 What the art says: This city just finished eating a blue Jolly Rancher. Also, the studio is more concerned with being arty than making money. We like that! It’s a noble goal for a business. But in the event Entertainment One would like to turn a profit, it might want to issue another version with Rob Pattinson’s big, perfect face.
What the text says: Everything you’d expect it to. Pattinson is the star and Giamatti is the next-biggest name, but the most prominent billing of all, though, goes to director David Cronenberg, whose name has never appeared on a more boring movie poster. For reference, this is how he used to get down.