Holly Anderson: I do appreciate the dedication to placing this squarely in our nostalgic thoraxes by running Muppet Family Christmas–caliber credits, but the “RECORDED FROM AN EARLIER LIVE BROADCAST” banner robbed us of so much tension.

The only big overriding problem I have with this is when they try to turn it into something more than a stage musical on television. When you try to have it both ways, you get weird incongruities, with one element out of each world — like a CGI Tinker Bell sharing a screen with flying harnesses that are readily visible — and your audience is yanked out of the moment. This goes triple for the violently unnecessary camera moves in the nursery, falling squarely under the umbrella of what your dad used to call Getting Cute. It’s a glaring issue that gets fixed, sort of, when the main action leaves the nursery and there’s more room to swoop around, but the gulf between stage acting and camera acting is impossible enough to span in a single performance without shoving a camera up your lead’s nostrils. Just HANG A LIGHTBULB ON A STRING AND DO THE SHOW UGH.

1. Michael Darling, the unassailable MVP of this performance by about half an hour in. The rub-rub–JAZZ HANDS waking-up gesture, the squealy shriek he emits when he’s first hoisted into the air, everything. The king.

2. Christian Borle, whose Mr. Darling mustache showed up weirdly pixelated on my hotel TV and made it look like he was just cussing up a storm in the nursery, and who is a show-stealing REVELATION as Smee.

3. The verisimilitude of every good dance number being a Lost Boys dance number, because if you strand a bunch of theater kids on an island, this is exactly the kind of shit they’ll get up to. This is a compliment.

4. Whoever that was in the crocodile suit.

99. The drowsy actuality of Christopher Walken as Captain Hook, not good for much besides playing the tambourine with a hook and an expression of moderate concentration, as opposed to the idea of Christopher Walken as Captain Hook. Imagine Borle tangoing with, like, a scenery-gnashing William Fichtner. Your eyes are shining just a little bit, too, right?

The Only Peter Pan Video Review You Need

Rembert Browne: The thing about anything is that it’s always easier to negatively critique. To pan something, if you will.1

On the list of “Things Easiest to Make Fun Of, Without Even Watching,” a live-action version of Peter Pan with a cast member of Girls playing Peter registers a 9.72 on the point-and-laugh Richter scale. This is true, because we are adults and adults have forgotten what joy feels like.

Not only are we immune to magic, but we are also appalled by those who try to convince us that it’s real.

It’s why adults shouldn’t be allowed to review last night’s television event. Because we’re no longer qualified to critique magic. This level of wonderment is like a whistle that only dogs can hear. Or in this case, only Iain.

“I like the funniness and scariness of all the pirates.” —Iain

“It’s so cool, the dancing and the singing.” —Iain

“Over the wall, awesome pirates.” —Iain

“This whole show and Peter Pan himself in the show are better than fantastic. Over the wall, tremendous, fantastic.” —Iain

“If you’re seeing it tonight, you’re very lucky and you have a big blessing.” —Iain

Mark Lisanti: Whatever Christopher Walken’s motives for joining up with this motley pirate crew, you can’t fault him for doing it. Was it for the money? Cool. De Niro would have actually cut off his left hand for 10 percent more than whatever Walken was getting, because that’s a dude who’s committed to getting those checks. Was it for his undying love of the stage as a legendary song-and-dance man? Great. Was it the once-in-a-lifetime opportunity to threaten Marnie with a cutlass because of how she’s been a shitty friend to Hannah all these years? Perfect. Marnie can use the scare, as Hannah’s preferred weapon is the dull blade of Millennial narcissism. Walken may even throw in something about her new unflattering new haircut just to make it sting.

Christopher Walken is 71. Christopher Walken can spend three hours on a Thursday night in early December however he damn well pleases. He can put on a sea-pimp hat and a long coat, strut around like a narcotized rooster with a tranquilizer dart jutting out of his cockscomb, and shuffle through whatever dance steps he cares to carry over from rehearsal.

He can ramble on about the clock haunting him from that crocodile’s belly, mind wandering to the two years during which he smuggled a very uncomfortable heirloom timepiece in his most private of hiding places, unable to shake the indelible memories of his prison-camp tormentors that stalk him like a homicidal amphibian.

We’re OK with it. We have to be. Christopher Walken has earned a prime-time musical event if he wants one. Also:

That Was Seriously Horrible

Juliet Litman: That was seriously horrible. 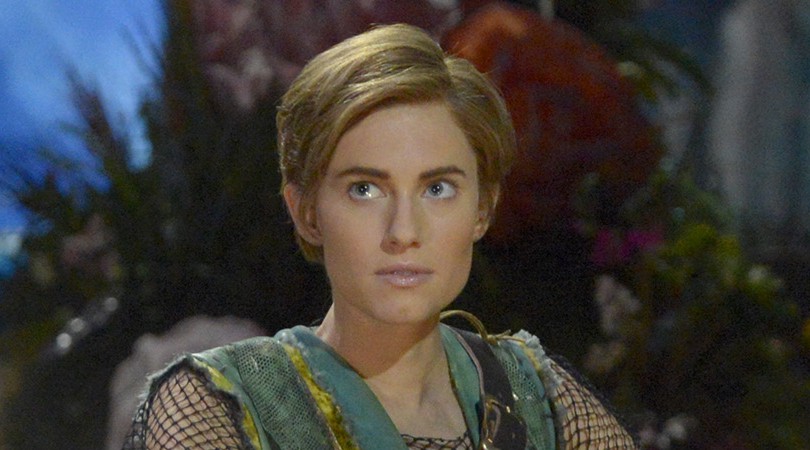 Musicals are enjoyable because they’re usually suffused with joy and glee and good cheer. Peter Pan was stripped of all of that. It’s not NBC’s fault that Peter Pan has aged so poorly, but it’s the network’s mistake for trying to replicate the TV musicals of the last century. I know J.M. Barrie wasn’t available to update the script, but the only ostensible modernization was to the set design. Neverland looked like a low-budget, live-action version of an early level in Super Mario World. It wasn’t trippy, just ugly. The costume department seemingly took the opposite tack with styling Allison Williams. They turned her into a wax sculpture ready to live in stasis in a hypothetical Peter Pan–themed Madame Tussauds.

Next time, NBC, please pick a musical that will breathe life into the TV-musical genre. Also, the guy from Smash is probably not carrying you to the promised land, even if he’s locked into some deal with the network. This medium needs to revel in campiness, so give up on these staid softballs. I recommend Little Shop of Horrors, preferably starring Sofía Vergara as Audrey and Jim Parsons as Seymour. You’re welcome.

Katie Baker: Thanks to some legal fairy dust, one of the VHS tapes that received solid rotation in the Baker household back in the day was a copy of the 1960 “live on TV” production of Peter Pan, starring the pixieish, elastic Mary Martin. The entire vintage version can be viewed on YouTube, so here’s a guide if you can’t decide which version might be best suited to your needs.

BEST DOGGIE, YES YOU ARE: I’m going to start with a controversial one, because the live-action Nana in Thursday night’s performance was obviously such a good doggy, who’s a good doggy, you are, YOU ARE!!! But the 1960 version is like a tripped-out cross between Falkor and Mr. Snuffleupagus, and the damn thing steals every scene it waddle-lumbers into.

BEST DOWN-BY-THE-BANKS-OF-THE-HANKY-PANKY-STYLE COORDINATED CLAPPING: Last night’s version, hands down! (Sorry, sorry.) The “I Don’t Grow Up” choreography was one of the highlights, even if it was a little strange to have “Lost Boys” who looked like they could be those alleged boys’ fathers.

BEST 1960s-ERA TECHNICAL VIBE: In a surprise victory, the 2014 version wins this round. The old Peter Pan was like Barbara Walters or The Wire — just really in its element, generally, in the murkiness of standard definition. You can barely see the cables helping lift Mary Martin into the air! Whereas I’m pretty certain NBC saved money last night by stuffing some of those NFL stadium Skycams from Sunday Night Football down the backs of everyone’s nightshirts and maneuvering them through the air that way, enormous thick glimmering black cables be damned! I was actively trying NOT to see the wires and I think it actually made them stand out more, like a really rude Magic Eye.

BEST USE OF A HARSH, MEGA-BRIGHT COLORSCAPE THAT MADE ME FEEL LIKE I WAS TRAPPED INSIDE EPISODE 2 OF BLACK MIRROR: Last night — although maybe that’s just because I was wearing a drab gray sweatsuit and sitting alone as I watched it. Didn’t even earn me any points.

BEST MOMENT OF TONE-DEAFNESS: Sorry, Allison Williams, but you lose: Your singing voice sounded great. The winner here is the 1960 version, whose American Indian leader Tiger Lily was played by a blonde, Sondra Lee. “Unfortunately,” People magazine lamented in 1989, “after this final performance as Tiger Lily, Sondra was typecast. ‘When I went for serious roles, they expected me to say, “Ugg-a wugg-a wigwam.”’” I didn’t know Dan Snyder had a past as a film guy.

That Blue Crocodile, Though! 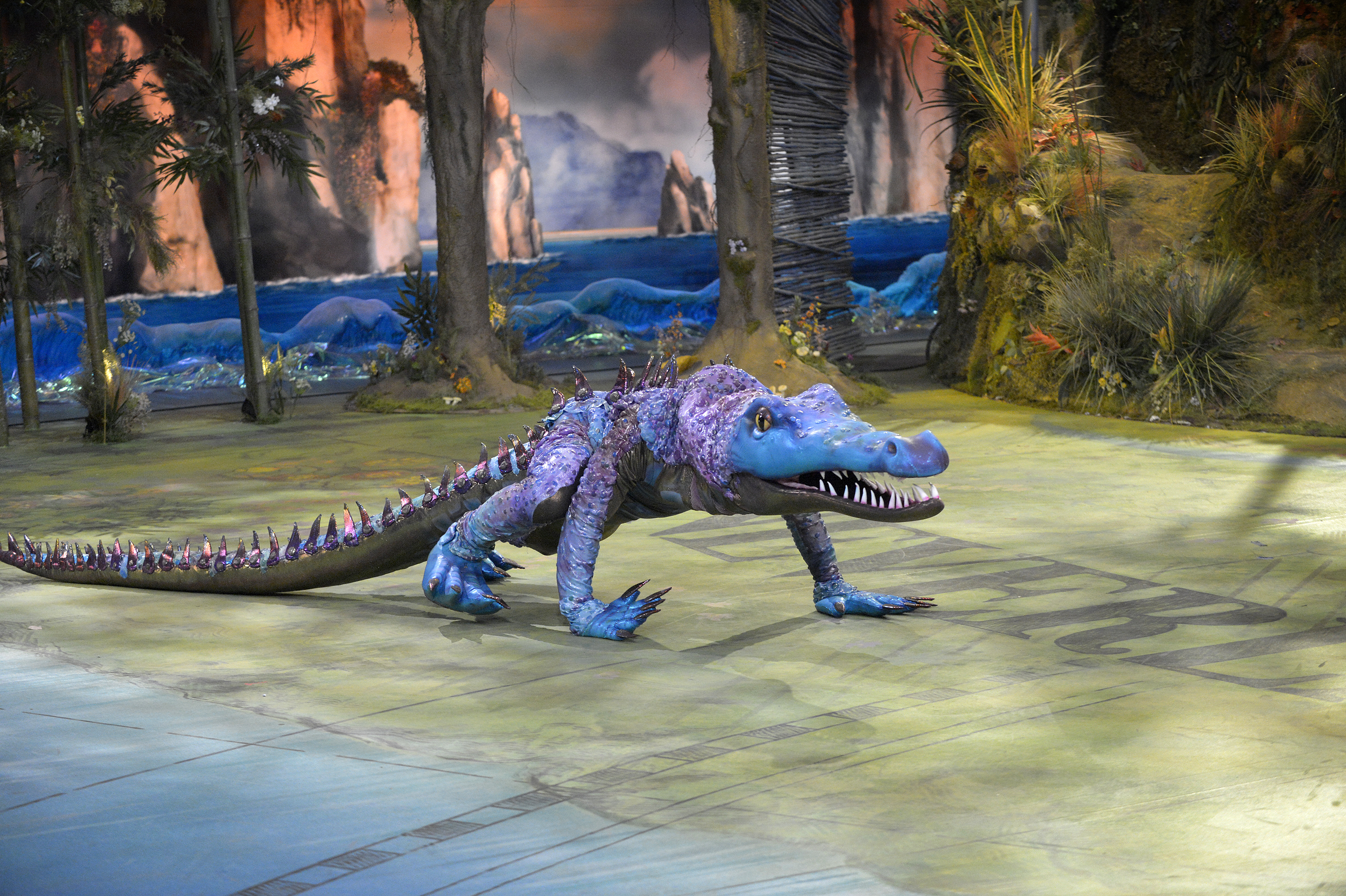