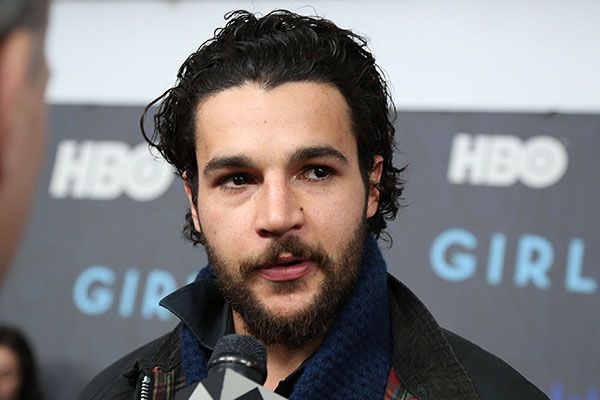 At every single moment of Lena Dunham’s professional existence, there has been a notable and active Anti–Lena Dunham faction. The size and fervor of this faction fluctuates greatly along with occurrences of Dunham’s HBO television program, Girls, and her personal life and Instagram account. Charting the spikes of the ALD Faction, you’d have a veritable sine wave, as the action pinged between legitimate content criticism and ad hominem attacks, and heated discussion about the manner in which Hannah Horvath’s boobs appeared this week. But that the faction exists, and that the faction isn’t going anywhere, is indisputable. And, now, that faction has a king. His name is Christopher Abbott and — up until earlier today, at least, when he abruptly quit the show — he played Charlie on Girls.

Word came to us via “Page Six,” which reported that “Abbott and Dunham began butting heads as the critical-darling series entered production again. ‘They’ve just started work on Season 3, and Chris is at odds with Lena,’ a source said. ‘He didn’t like the direction things are going in, which seems a bit odd since the show put him on the map.'” In a statement from a press rep, the move was confirmed: “[Abbott is] grateful for the experience of collaborating with Lena, Judd and the entire ‘Girls’ cast and crew, but right now he’s working on numerous other projects and has decided not to return to the show.” (Those other projects: a lead role in the dysfunctional-family indie drama Burma and a supporting role in The Sleepwalker, which sounds pretty dope: “Kaia’s peaceful life in the countryside is abruptly shattered over the course of a long weekend, when her estranged sister Christine appears unannounced in the middle of the night, with no memory of how she got there.”)

ANYWAY — Christopher Abbott just left Girls because he didn’t agree with Dunham’s direction. A lot of members of the ADL get dismissed out of hand as being motivated by pure jealousy: Why didn’t they have a hugely popular HBO show at 24, wah wah wah, etc. But Abbott was actually on that hugely popular show, and voluntarily left. Which means he’s got dirt, he’s got cred, and he’s got some built-up bitterness. People who want to most effectively shit-talk Lena Dunham, please consult Christopher Abbott.