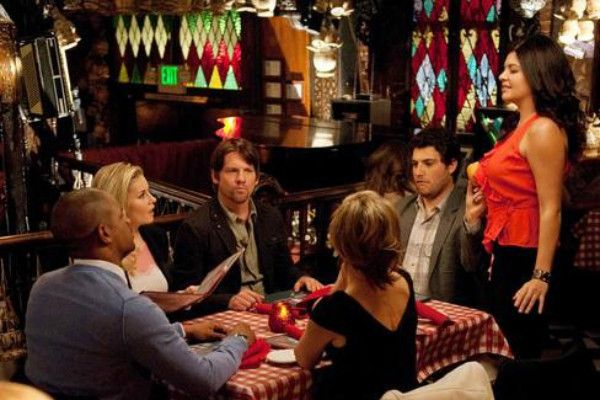 Bad news for everyone’s not that many people’s favorite gang of Chicago-based pun-favoring best friends: ABC is moving little-watched Happy Endings — the slapdash sitcom that Grantland’s own Vice President of East Coast Television and Microwave Oven Programming Andy Greenwald calls “one of the best shows on all of television” — to Fridays, where, presumably, it will die a whimpering, mostly painless death.

As HitFix explains, “In a strange release that was held til Wednesday evening, ABC announced that starting on March 29, Happy Endings will move to Friday nights, airing back-to-back episodes in the 8 p.m. hour. While obviously shifts to Friday night don’t need to be a death sentence — Fringe and Supernatural can always be held out as signs for hope — the double-airing strategy certainly looking like burning off.” What’s more, ABC already had been burning off Happy Endings, by scheduling bonus episodes on Sunday nights (its regular night is the wholly respectable, overly crowded Tuesday).

And yet, there are signs of life beyond this third season — primarily, that this show isn’t already six feet deep. Vulture has been on The Happy Endings Death Watch for a while, reporting in January that “there are a few glimmers of hope. First, the show is a co-production of Sony Pictures Television and ABC Studios. Sony executives have developed a reputation for refusing to let their shows die … [also,] if ABC does bail on Happy, it’s almost certain Sony and ABC Studios will try to find a buyer for the show — either a cable network or a streaming-video service … Amazon Prime is in expansion mode: Happy is exactly the type of hip, current half-hour that could help convince folks to spend an extra $79 a year for the service.” Amazon Prime? Amazon Prime?! OK, yes, kind of a muffled, sad, little hope, but come on — you wacky millenials, with your doohickeys and whatzitcalleds (and also your iPads) probably couldn’t care less where the show originally airs anyway.

For now, though, the show continues to teeter between life and death. And not to rub salt in the wound or anything, but taking over its Tuesday night 8 p.m. slot? Why, that’d be Celebrity Wife Swap. Antonio Sabato Jr., what have you wrought?!