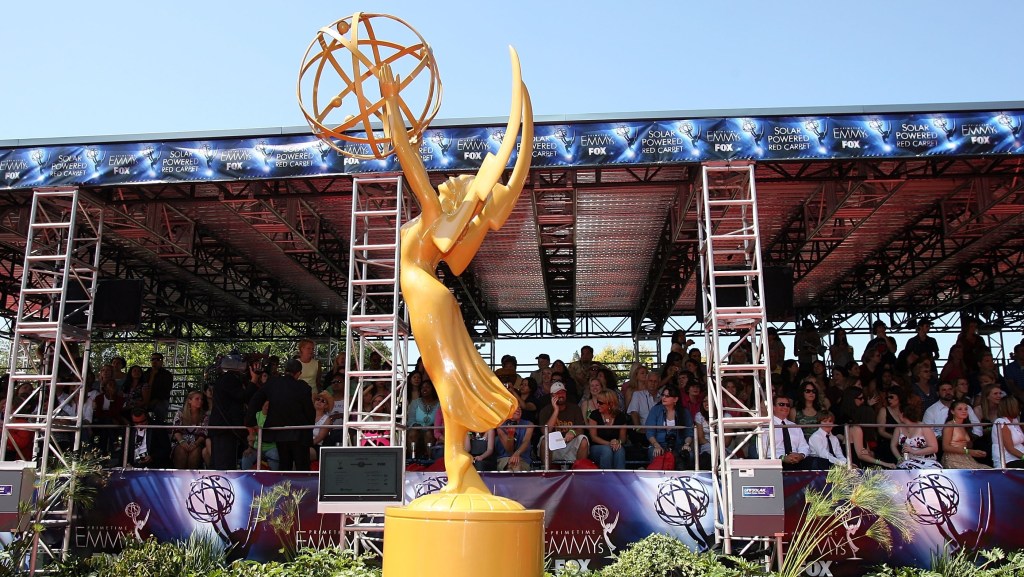 Are you in favor of destroying the very most time-honored American traditions? Then you’ll love this: NBC is going to bump the Primetime Emmy Awards to Monday, August 25, rather than airing them on Sunday, the Way It Has Been Done for Millennia. The Peacock, like ABC, CBS, and Fox, gets the awards once every four years. This year looked like there’d be too much trouble potentially losing viewership to an NFL game and MTV’s Video Music Awards, so, yeah, screw it, Monday it is. (And August it is — the Emmys traditionally air in September, right before the new TV season kicks off.)

“NBC had no comment on the shift, but both the Oscars and the Golden Globes used to air on Monday nights before moving [to] Sunday, a night that has become synonymous with big events,” Variety reports, going on to speculate that Jimmy Fallon could quite likely return as host. Now we just have to wait and see if a long working Monday diminishes the quality of awards show tweets versus the customary 140-character zingers people folks store up over lazy weekends building to Sunday night telecasts. This is the social experiment of our age.

Also at NBC, Sean Saves the World has met its end. The comedy’s first season has aired a dozen episodes and may offer two more after the Olympics. “We like [The Michael J. Fox Show]. We like Sean Hayes’s show a lot. Creatively, we think they’re good shows, and we’re really unhappy that we can’t find an audience for them in those time periods,” NBC chairman Bob Greenblatt said at the recent Television Critics Association winter press tour. “So we’re going to still work hard to see what we can do on Thursday nights. It is a real, real uphill battle.” NBC’s Welcome to the Family, a new Thursday night comedy that starred Mike O’Malley and Mary McCormack, was canceled after three episodes in October. At least Parks and Recreation is sticking around!