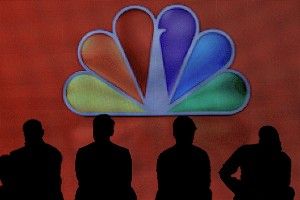 Ah, the Television Critics Association’s winter previews — that special, special time of year when broadcast networks get together and promise us that, at some vague point in the near future, the shows that they show will be somewhat less terrible. First up: NBC, which rode the stalwart back of Sunday Night Football and the resplendent deltoids of Adam Levine out of fourth and last place all the way into … second. Considering the fact that The Unmistakable Stench of Failure had come to occupy a seemingly permanent home at Peacock HQ, that’s no trifling matter. So can head honcho Robert Greenblatt keep the good times rolling? To the TCA highlights!