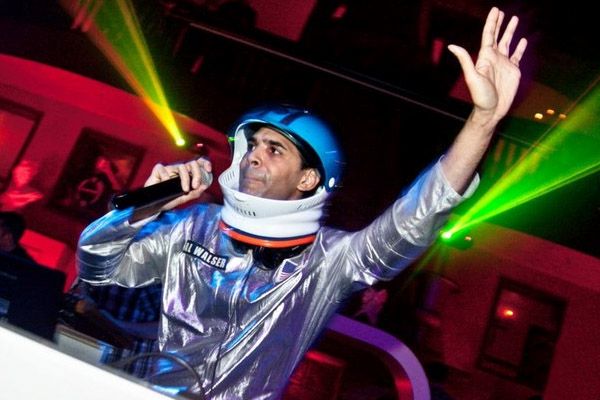 Big up to the Principality of Lichtenstein! Against all odds, this most random of landlocked Germanic Central European states — at 62 square miles, officially the sixth-smallest country in the world — has some big music-industry doings to crow about. Namely, plucky native son Al Walser, who’s clawed his way into a 2013 Best Dance Music Recording Grammy for his track “I Can’t Live Without You” amid such titans as Swedish House Mafia, Avicii, and Skrillex. And the only problem is, just about no one in the EDM scene had ever heard of Walser or “I Can’t Live Without You” before this nomination, and now everyone’s assuming he gamed the system to nab the nom. Uh-oh!

So what the hell is going on here? Let’s break it down.

At first, the case of The Mystery DJ From Lichtenstein was lost in the Grammy nominations’ standard high-profile misfires (ha-ha, Wiz Khalifa is up for Best Rap song, etc.). And even if you had made note of never having heard the name “Al Walser” before, it would have been perfectly rational to assume he was just pre-mainstream EDM-famous. For all we knew, a battalion of neon-clad tweens were downing fistfuls of molly to his jams at this very moment. Alas, it was not to be.

As MTV reported, the people who cover this stuff for a living — folks from such reputable sources as Elektro, DancingAstronaut, and EDMSauce.com — had never heard of Lichtenstein’s finest. And, uh, probably with good reason? Because despite a very sweet premise — Aww, monogomy! Aww, happy old people! — “I Can’t Live Without You” is a bizarre, nearly unsettling bit of lo-fi nonsense.

In the video, Walser first pops up in front of a green-screen background, in baggy jeans and an Ed Hardy T-shirt, rocking the motherfucking keytar. Then his vocalist co-conspirator, a blonde woman in short-shorts and a strategically ripped Run-DMC T-shirt, joins in. She looks all of 28, but at one point she informs us that “30 years, 11 days I’ve been together with my baby.” And, in the background, Walser pipes up: “That’s a long time.” Before the Grammy nominations were announced, “I Can’t Live Without You” was at about 1,000 YouTube plays.

Please, please, I urge you: Check it out.

Digging further, MTV got Al on a Skype chat and uncovered what sounds like the biography of a consummate industry fringe player:

According to him, he first found success as a singer with the euro-pop-rap group Fun Factory in the late ’90s and early 2000’s, a time he told MTV News that brought him close to the Jackson family. He has a handful of songs on iTunes dating back roughly five years and his website indicates that he hosts a weekly top 20 show that is serviced to Internet and radio stations in several countries. He’s also the author of the book Musicians Make It Big: An Insider Reveals — The Secret Path to Break in Today’s Music Industry, which promises to reveal “secret industry loopholes that will have masses of new fans discover you.”

The operating theory here, as sketched out by a blog post from Daniel Weisman of Elitaste Inc. (who’s managed Mike Posner and Wale), is that Walser worked his connections on the social-networking site Grammy365. As MTV summarizes, “A screen grab of Walser’s Grammy365 page … shows that he has 104 pages of Grammy ‘friends,’ which equals roughly 4,160 contacts … considering roughly 76 percent of the Grammy365 users are voting members of the Recording Academy, Walser’s 4,160 contacts equals about 3,200 voting members, ‘certainly enough to secure a lesser known category.'”

Sounding like he was channeling the wonderfully oblivious nature of Patrice “It’s Friday friday Friday” Wilson, Walser batted away allegations of impropriety: “Look, wherever there is sun, there is shade … On a nomination like that, what it does is it … multiplies the ones that are skeptic. It makes them become loud.”

I spoke to Weisman this afternoon and he elaborated on his post, pointing out that this isn’t the first time Grammys365 has had a role in an unlikely nomination. “This woman Linda Chorney had done a similar thing last year with the Americana category,” he says. “The difference is nobody cares about the Americana category, so she was championed for this: ‘[I]sn’t this amazing, this journeyman musician whose [sic] been making music for twenty years is nominated for an album that never sold one copy.'” (According to Billboard, Chorney’s album Emotional Jukebox had “never registered a Nielsen SoundScan sale.”) “It’s funny to see the dichotomy: this woman who admits to what she did is given high fives, and then there’s Al Walser pretending he legit got nominated and it’s ‘isn’t this fucked up.'”

On Thursday, MTV got the National Academy of Recording Arts and Sciences’ Bill Freimuth to weigh in on the Lothario from Lichtenstein. And, in a surprisingly candid conversation, Freimuth decreed that the nomination stands.

The bottom line is he got the votes … We believe that he was a very active marketer of his work, and got his music out to lots and lots of our voting membership, and they chose to vote for it. The [Grammy] ballot gets a really thorough audit by our auditors at Deloitte — and they do find block voting and other kinds of anomalies every year and they do end up disqualifying ballots because of that. But they found nothing really anomalous or wrong with the votes surrounding this nomination … We don’t have rules in place that prohibit that kind of lobbying … we do want independent artists that may not have enormous marketing budgets to be able to make other voting members aware of their work.

It’s a tough one. I’m disappointed to learn that we have a nominee whose music is not embraced by the community from which he comes; that’s always hard to hear … [but] Mr. Walser … certainly earned his Grammy nomination, whether it was through the power or quality of his music alone, or his ability to market that in a way that appealed to our members.”

Credit is due to Mr. Freimuth here: He bites the bullet, basically admitting that Walser managed to game the system. And then he goes ahead and announces that the Grammys aren’t going to do anything about it.

What can Freimuth do now? Go to every member of the Academy that voted for Walser and ask them to defend their vote on merit? Nullify their ballots unless they can at least passably hum the bridge from “I Can’t Live Without You”? That members of any creative award voter group make their decisions partially on name recognition isn’t particularly scandalous news. But it’s just been made explicitly clear that a majority of Grammy voters know so little about EDM that they were unable to distinguish between name recognition earned by mass popularity and name recognition earned by mass spamming.

This is the part where one could, if one so desired, get all indignant. But I really can’t get there. I grew up caring more about the VMAs than the Grammys, purely on entertainment-value grounds, and it wasn’t until I started covering pop culture professionally that I started to develop an opinion on this stuff. For the most part, that opinion was a willful rejection of the Grammys and their every misguided attempt to celebrate music. Maybe they worked once, more or less, in the age when the industry could still churn out massive consensus hits. (The image of Lauryn Hill, her arms overflowing with well-deserved statuettes for The Miseducation of Lauryn Hill, comes to mind.) But music has been atomized beyond the point of the Grammys. How many wide-release movies do the Oscars have to parse through? How many Broadway shows do the Tonys cover? How many TV shows do the Emmys deal with? The Grammys haven’t figured out how to build an informed voter base. It’s a fundamentally flawed system, exposed over and over again: One year it’s Latin Jazz, another it’s EDM.

We should all congratulate The Lungs From Lichtenstein, really. All Al Walser did was play the game. And just personally, I don’t want to get worked up about how, say, Japandroids, despite a critical mass of divinely justified proportions, were shut out of every single Grammy rock category. I just wanna ride to “The House That Heaven Built” on blast.

But let’s go out on a happy note, with my one truly warm Grammy memory: Soy Bomb.