This week marks the four-year anniversary for this column. It all started June 8, 2011 with “Grantland’s Reality TV Fantasy League: The Complete Rules and Draft Results.” I used to score each show with these wildly complicated scoring systems and spend hours tabulating the tallies of The Situation, Bai Ling, and Tami from Basketball Wives. God, that was dumb. Over the years, this column has morphed; we’ve dropped the scoring, the drafting, and stopped committing to covering entire seasons of shitty shows (Ready for Love, anyone?). But one thing hasn’t changed: I still love writing the column. Over the past four years, I have not missed a single Friday column — through vacations, work travel, having a baby. It just feels like every single week there is something that I am excited to make fun of. This week is no different.

We have one fake gay relationship, two psychological breakdowns, and three contenders on The Bachelorette. Also, we have a spoilery cast leak of the greatest television show that our species has ever conceived, BACHELOR IN PARADISE.

There is a different tone to this season of The Bachelorette. The consequences of the “we will have two Bachelorettes on night one and the pool of guys will vote on which one stays” gimmick are prominent in every scene of this season. The “two Bachelorettes” thing was cute for a second, but it has completely changed the power dynamic between Kaitlyn and her suitors. Instead of her being worshiped, fawned over, and respected as the almighty wifey … half the dudes in the house don’t seem like they are even into her, and that is because they aren’t. The producers stocked the pond with a bunch of Britt-loyal bros to raise the drama of the initial vote. That worked, but now Kaitlyn is left with a Bach bro pool that is half Britt loyalists. The power dynamic is off. They should be fighting over her, constantly talking about her, and vying for time with her. They’re not. Instead, they are singing ballads to each other: 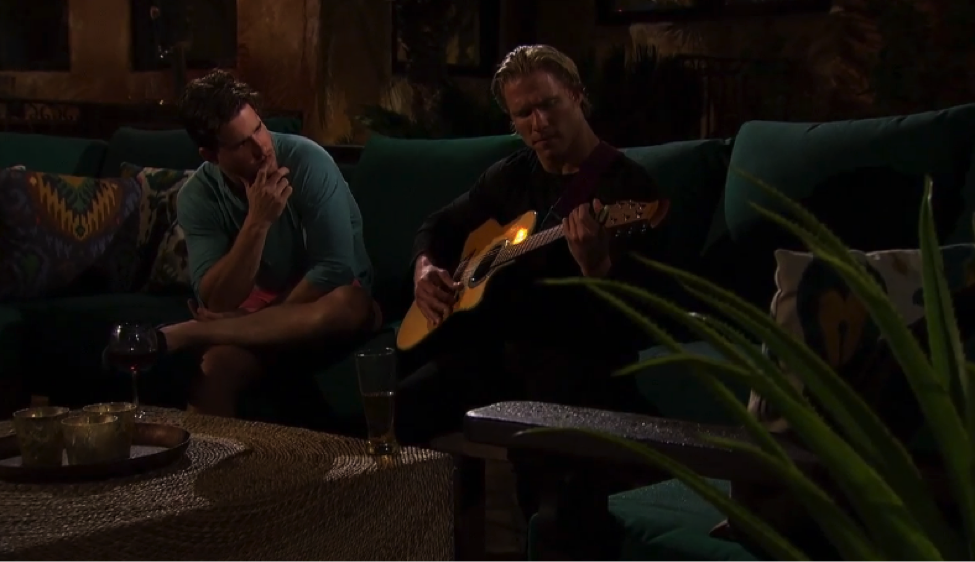 That is Clint on the six-string there. He and JJ (the chin-grabber above) have taken it upon themselves to fake a bromance in exchange for the most prized currency, screen time. Clint even went so far as to look right into the camera and announce, “The possibly of coming on The Bachelorette and falling in love with a man never crossed my mind. But I believe in the process, and at this point, I am a success story.” Fucking please.

I think guys like Clint and JJ are using The Bachelorette as a stepping-stone to the sandier pastures of Bachelor in Paradise. This franchise is no longer “win or go home,” it is now “win or go and get chlamydia on Bachelor in Paradise.” I think guys like Clint and JJ know this, aren’t that into Kaitlyn, and are basically laying down their demo reel for the BIP producers. They aren’t alone, either.

This week started by continuing Kupah’s freakout/breakdown/drunken attention attempt. He got so ragey that Kaitlyn had to come over and intervene: 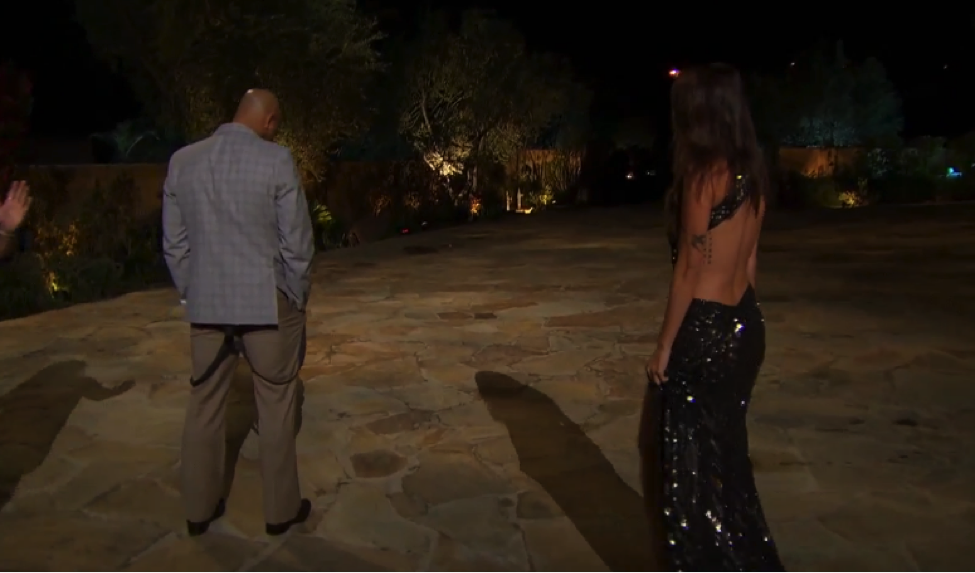 An intervention that was way too much “You are yelling — why are you making a scene?” and way too little “Really, dude? Did you really expect me to keep you around when you’re rocking the undone suspenders?” Kupah tried to drum up drama to get noticed and is easily the no. 1 candidate for “guy who you forgot was on the show but who won’t shut up at the ‘Men Tell All’ episode.”

Then we had Tony. Tony just wants to go to the zoo. Or go skydiving. He doesn’t understand why they have to box and sumo wrestle and be so aggressive. On paper, Tony totally has a point. My wife and I have been together for 13 years, and we have gone boxing zero times and sumo-wrestled zero times. It is not a great representation of life in the wild. It all seems archaic, and Tony almost had a point about how the activities were too aggressive, but then he ruined it BY BEING REALLY AGGRESSIVE ABOUT HOW NOT AGGRESSIVE HE IS: 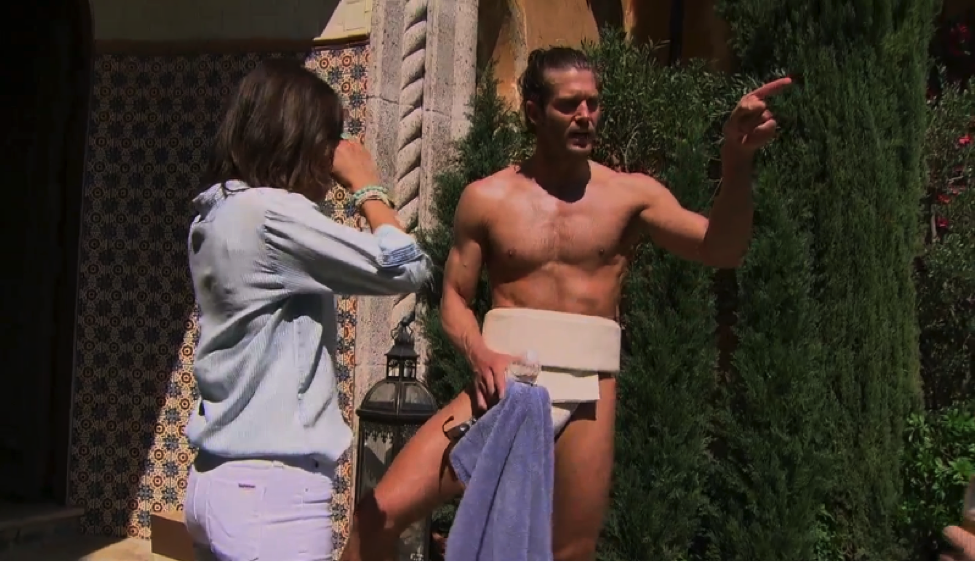 There is certainly a chance that Tony is just, you know, fucking crazy and not putting on a show in hopes of getting on Bachelor in Paradise, but why the walk-off? After aggressively not being aggressive, he packed his shit and bounced. Between Kupah leaving, Brady going after Britt, Tony leaving, and two of the dudes bromancing out, I bet Kaitlyn is wondering if this is even worth it. It can’t be good for her ego. However, there is good news for Kaitlyn.

There Are Four Dudes Who Can Win

There are really only four guys who could end up being Kaitlyn’s ex-fiancé. So, naturally, this week’s Lowbrow Highlights Top Five is the Top Five Candidates To Be Kaitlyn’s Future Ex-Fiancé, listed from “Yeah, I could see that, but not really” to “They might as well mock up the Us Weekly cover now with the broken-heart graphic and start thinking of puns”:

5. Chris Harrison: You never know. There is no doubt in my mind that the divorced Chris Harrison has “reached out to” at least one lady from seasons past.

4. Ben Z.: I can almost see this happening, but I feel like Kaitlyn needs someone a little more intellectually challenging than Buff Ben.

3. Normcore Nick: He comes back next week and has a PROMINENT role in the “this season on.” Just saying, never rule Normcore Nick out. He shows up everywhere. I heard he just interviewed for the Nuggets’ head-coaching job.

2. Ben H.: Sleeper Ben H. had a hot but short encounter with Kaitlyn this week, and I feel like there is chemistry there. Keep an eye on this one. He also has potential to be the next Bachelor. They love those good-looking, quiet types.

1. Ryan Schnozling: He has a great voice, he is into Kaitlyn, he is chill, and he looks just like Ryan Gosling, except, well: 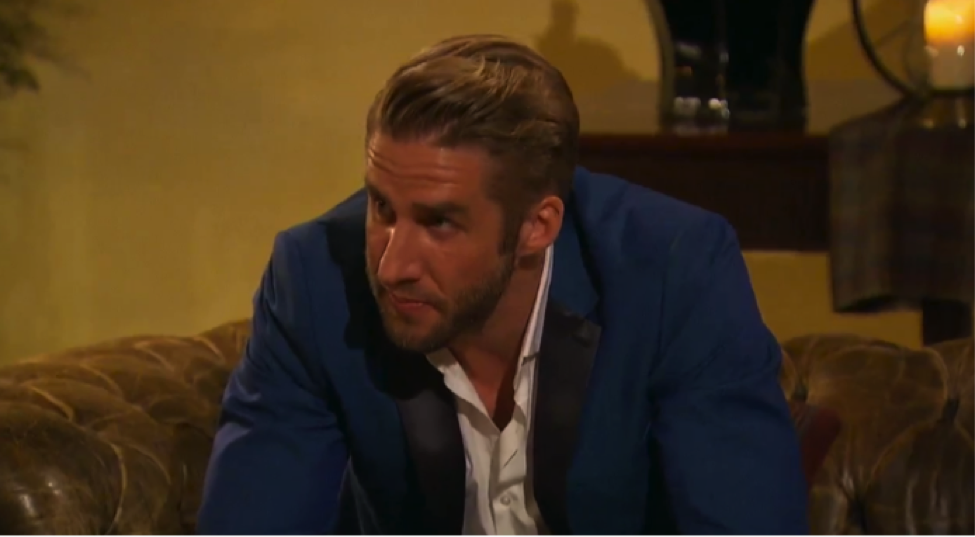 I love the homie Reality Steve, but I try to stay away from his site because it is full of spoilers. I like to not know how the season is going to play out as I watch along. However, when I found out that there was a cast list for the latest Bachelor in Paradise, I couldn’t help myself. I am about to provide that list but omit everyone from Kaitlyn’s current season so nothing will be spoiled for you if you read. But feel free to tweet me mean shit about it anyway. I honestly mean no harm. I am just really excited for Bachelor in Paradise to start. I can’t wait for the first pregnancy scare.

There are hundreds of crazies who have been on this show before, so I will not only include their name and the season in which they appeared, I will attempt to add a little something to jog your memory. If you are anything like me, you don’t commit much of this nonsense to the internal hard drive.

All and all, pretty uninspiring cast. No Ashleeeeeeeee? No Michelle Money? No Marquel? No Clare? How is this even possible? There is hope, though. Reality Steve only named 20 folks, and last season they had on 25. Let’s hope they bolster the roster midseason, Cavs-style.

Check back next week for the Return of Normcore Nick,  and, as always, enjoy the shit out of your weekend.