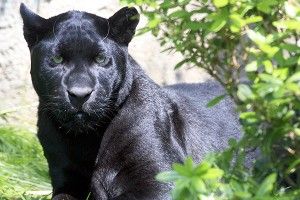 THR reports that Sony is looking to reboot Manimal — NBC’s 1983 show about a guy who is a manimal — as a feature film. Is this the most ridiculous thing you’ll hear out of Hollywood all week? On the one hand, the show was a famous flop, lasting only eight episodes. It revolved around a rich, handsome, and mysterious doctor/professor/police consultant who transformed into a black panther in order to fight crime. It was called Manimal. (Still confused? Allow Rembert to explain it to you). On the other hand, you’re at least barely aware of it, right? Somewhere, maybe just in the back of your mind, you’re somewhat conscious of the phrase manimal? Well then that means it’s qualified for rebootin’!

Bolstering the latter cause: Sony is the studio that made the Smurfs movie as well, and that made $500 million worldwide. Now a Smurfs sequel is approaching, and they’re making an ALF movie, too. Why not go deeper into the ’80s, Sony execs wonder? Why not go Manimal?

Of course, just because it may make some convoluted financial sense doesn’t mean it makes creative sense, because actually translating this thing into a palatable product in the 2010s will be a tall order. But since we here at Grantland are nothing if not the supportive types, we figured we’d get a jump start on Sony’s crack writing teams, and kick around some concepts right now. Manimal lives!

1. The most obvious route would be embracing the cheesiness, à la the highly profitable 21 Jump Street reboot. In this case the manimal would be not some suave high-cheekboned doctor with a sick Camaro but a bumbling Jonah Hill type. Maybe he learns he has these special manimal skills later in life, and has to come to terms with his great responsibility while awkwardly romancing Betsy, his love interest/co-cashier at Yankee Candle? In the opening sequence he accidentally transforms into a panther, then runs around recklessly saving lives. Later his wisecracking best friend Stiles comes over and is like, “So you’re a man and an animal? You’re an AnimalMan? AnManIal? Nope, wait, got it — Manimal!”

2. So the new Manimal will be live-action/CG hybrid, and currently ruling the live action/CG hybrid roost is the ever-hated pop-culture-saturated Seth MacFarlane. (He cracked $400 million worldwide with Ted). In this version, the Manimal curses, smokes, drinks, constantly makes meta-references to other failed early ’80s NBC shows, and occasionally plugs American Dad.

3. This third idea I haven’t fulled fleshed out yet, but let me throw one word at you: Danimals. They’re delicious, they’re nutritious, they’re beloved by kids, and, yes, of course, they rhyme with manimal. The crossover opportunities are endless.