This is the IMDb description for the most recent Jake Gyllenhaal movie, Accidental Love, which at one point was called Nailed, which I am planning to watch, despite it being about what it’s about:

“A small town waitress gets a nail accidentally lodged in her head causing unpredictable behavior that leads her to Washington, D.C., where sparks fly when she meets a clueless young senator who takes up her cause — but what happens when love interferes with what you stand for?”

Two things: First, it’s surprising that so many non-horror movies have been made where a person gets a nail stuck in his or her head. I didn’t do a lot of research on this, but I can immediately think of two (this one and Happy Gilmore), and that’s enough to make it surprising. But maybe it’s not that surprising, because I just read a thing about a movie where a girl has teeth in her vagina, so who even knows anything anymore. I do know a nail in the head is weird. It’s not as weird as genital incisors, but that’s not the point. The point is this:

I don’t mean for that statement to stand as a “ha-ha” thing. I don’t mean that I would like to hang out with Gyllenhaal. I am 100 percent in love with him. I mean it literally. I mean it inasmuch as one can be in love with a person he or she has only ever seen on television, but I mean it. I suppose that’s surprising, given that I am a married man with a family, but really it’s surprising because the first movie I ever saw Gyllenhaal in was Bubble Boy, and that was like if a stomachache were a person and you had to hang out with him for 25 days.

All of that should add up to something strange, or at least something unattractive, or at the very least unwelcoming. But it doesn’t. It somehow makes him very handsome, and it also somehow makes him the most approachable movie star of all. I guess that’s why I can’t get enough of him.

Brad Pitt has always been the pinnacle of handsome. But that’s a different kind of handsome. That’s a handsome that carries with it a very clear statement: “You can like me, and you can think I am cool, but please do not ever even consider the idea that you and I are anything close to being connected.” Watching Pitt and George Clooney banter back and forth in the Ocean’s movies was fun, but it was also the most insecure I’ve ever been in my life. Gyllenhaal does not make me feel like that.

Over the last month or so, I made it a point to watch eight Jake Gyllenhaal movies. There was End of Watch, during which I nearly had a heart attack. That’s the movie where he plays a cop, and he and his partner end up being hunted by a Mexican cartel. Let me tell you, by the end of the movie, I was legit standing in front of my TV in total shock and devastation at what I was watching.

Then there was Prisoners. That’s the movie where he plays a detective trying to find two girls who have been kidnapped, while also trying to prevent Hugh Jackman from killing the man he suspects of abducting them. There are also snakes in it. And two different kinds of torture boxes (though, thankfully, Gyllenhaal never ends up in either of them).

I watched Prince of Persia, and I’m sorry about that.

That’s approximately 16 hours of Gyllenhaal. I need more. I need so much more. I saw a thing about how he has a movie called Southpaw coming up later this year in which he plays a boxer. 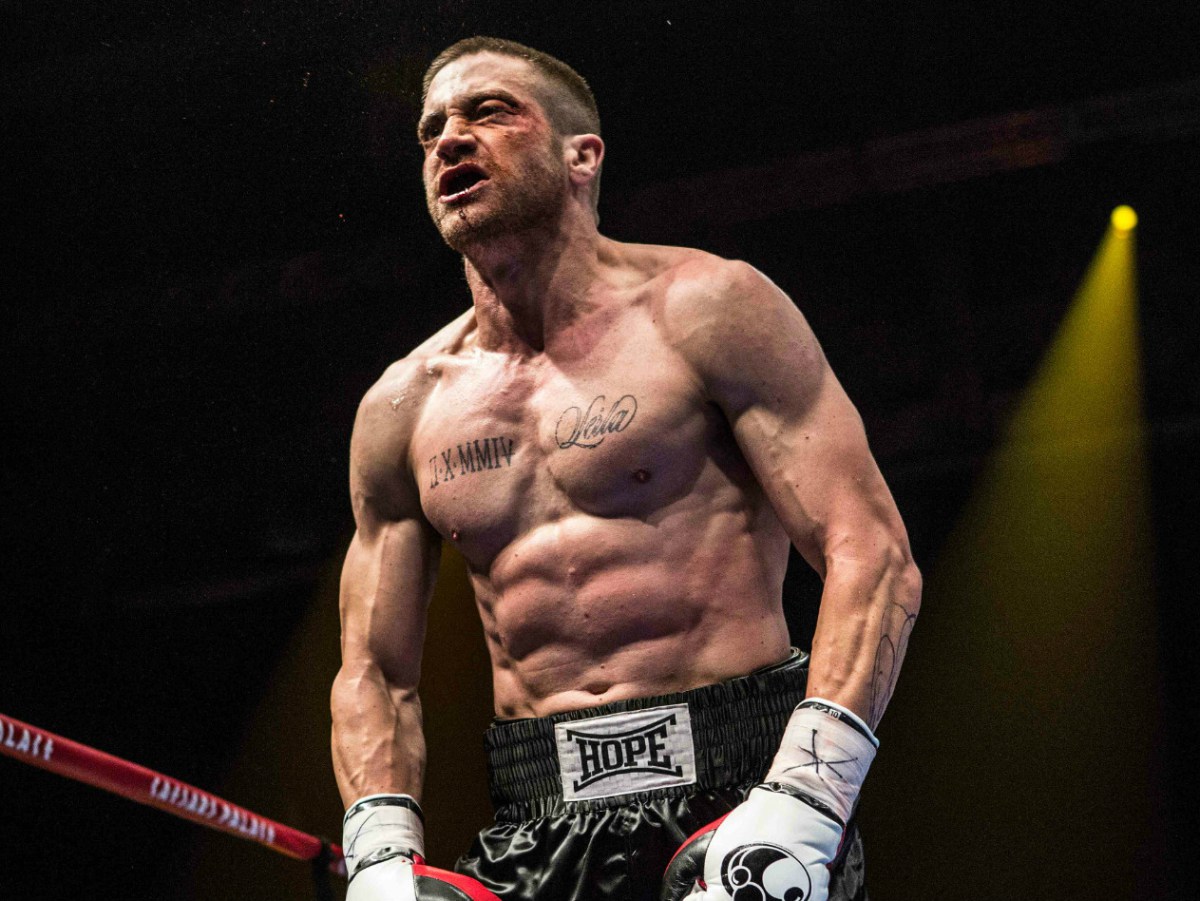 Nothing I’ve ever read has made me happier.

I’m late. I’m late to Gyllenhaal. I’m glad he did not leave without me.