Ever since 2008, when the world economy crashed down in a pile of overheated housing stock, circular corporate gambling, and credit-rating malfeasance, young Americans have borne the brunt of a weak jobs market. To see the pernicious effects of the weak economy on the flower of our young, one need look no further than the cast of MTV’s The Challenge.

On the surface, MTV reality stardom seems a pretty attractive deal. Spend a few months living in a manse in some exotic locale, imbibe massive quantities of alcohol, and appear on television with other like-minded, performance-enhanced, sexually active young people. Sort of like being in a frat, but for two months in Indonesia. The problem being, it doesn’t pay particularly well in addition to being just a tad Faustian.

Just consider the prize-money structure for the current iteration of The Challenge, Rivals II: After each challenge, the victorious non-jungle-designated-gendered team (team, as in divide these numbers by two) wins $1,000, down from $2,000 the previous season. For the final challenge, first-place teams receive $125,000, second-place teams receive $35,000, and third-place wins $15,000. In addition to prize money, each cast member receives a flat $4,000 fee for appearing on the show. So, assuming a contestant’s team wins every challenge (for which you would get paid only when your gendered team isn’t designated for the jungle) AND finishes in first place in the final, the most a player could walk away with is $68,500, which sounds all right until you remember that thing about taxes and not ending up like Wesley Snipes. So what’s it look like if you’re a Challenge badass? According to the always-completely-accurate font of modern-day wisdom known as “Wikipedia,” the top money winner in Challenge history is Johnny “Bananas” Devenanazio, with $266,543 in career winnings over eight challenges, which averages out to a bit over $30,000 per Challenge, less than a rookie mail carrier’s annual salary.

So, obviously some sort of other revenue stream is going to be needed to get our young adventurers up over the poverty line, or at least out of their parents’ houses. (And, hey, I’ve been there: When I switched coasts I lived at my mom’s house for a few months, waiting tables for a catering company, until I got up on my feet.) Many Real World/Challenge alumni bolster their television earning with appearance fees. This means anywhere from $500 for the snot-rocketing San Francisco bike-messenger Puck to a reported five-figure haul for totemic figures like Snooki to hang out at a college watering hole with their television demographic or appear at a birthday party. But even these figures have taken a hit in the wake of the Great Recession, and not just here in America. And as the talent market for reality star appearances gets more and more saturated every year, they do not in any way represent a career path. If Paris Hilton is having to take a hit on her appearance fee, what chance does, say, Trishelle have? And anyway, some of our erstwhile MTV reality family members shouldn’t be in bars simply for health reasons. Hello, Ruthie.

So, our young MTV reality stars — just like their everyday counterparts — have to struggle with career questions, but with some additional obstacles stemming from the particularities of modern celebrity. All of which is a long-winded way of asking: Does the Challenge cast have jobs or what? Let’s take a look and see how some notable cast members are tackling today’s economic realities.

When last we saw Sarah, she was — once again — exiting the Challenge house due to events beyond her control. This time it was her teammate Trishelle quitting the competition after a drunken row with Aneesa that saw Trishelle on the receiving end of a picture-perfect All-Valley wax-off block to the chin. One place Sarah is in total control, however: her Etsy page. Acrylics, pen and ink, textiles, found items, and a wide variety of influences in disciplines ranging from painting to psuedo–Native American wall hangs. It’s kindaaaa like if Keith Haring were 15 years old, living on a hippie commune in New Mexico, and favored whimsy over social commentary. My favorite piece: the labyrinthine, middle school notebook doodle–meets–quasi graffiti pen and watercolor “Raindrops and Carrots.”

When you’re one of the greatest players in Challenge history, the offseason isn’t only for quixotic lawsuits that put the “yolo” in frivolous; it’s also for slinging your signature bobblehead. Yes, now you, from the comfort of your own home, can re-create the most startling moment in Challenge history — CT reverse baby björn-ing Johnny Bananas in the jungle — with your own Johnny Bananas Bobble. The Johnny Bananas Bobble can be found at the website for Suck Yeah clothing, which was founded in 2009 by Challenge alums Evan Starkman and Kenny Santucci, presumably to fill the space where Hot Topic and TapouT meet on the Venn diagram.

From one of my favorite bits of recent biographical writing, the first paragraph from a 2011 New York Times book review by Judith Warner of “Sleeping With the Enemy,” about Chanel’s activities during World War II:

Gabrielle Chanel — better known as Coco — was a wretched human being. Anti-Semitic, homophobic, social climbing, opportunistic, ridiculously snobbish and given to sins of phrase-making like ‘If blonde, use blue perfume,’ she was addicted to morphine and actively collaborated with the Germans during the Nazi occupation of Paris. And yet, her clean, modern, kinetic designs, which brought a high-society look to low-regarded fabrics, revolutionized women’s fashion, and to this day have kept her name synonymous with the most glorious notions of French taste and élan.

The “And yet” makes me LOL every time. “Coco was a stone junkie who betrayed her country, spied for the Nazis, and was totally cool with the genocidal murder of an entire people. AND YET, girlfriend could rock a sewing machine like nobody’s business.”

Cool fact: Grantland’s own Jacoby owns an original piece of Cara Maria artwork. Cara Maria’s Etsy page is a little light at the moment, with only a 16-by-20 painting of Pocahontas as the teenage Native American hostage looked in the 1995 Disney animated film bearing her name. The painting is described in the item details thusly: “Pocahontas painted in the colors of the wind looks off to the moon for guidance….” Word. In addition to art, Cara Maria designs a product called “Cara Maria’s Dirty Pirate Dreads,” which is basically a string of Jack Sparrow skull beads that you clip into your weave. Cara Maria’s Dirty Pirate Dreads can be found at VampFangs.com, an aptly named one-stop shop for all your vampire cosplay needs. Oh, and the dreads come in an autographed case. 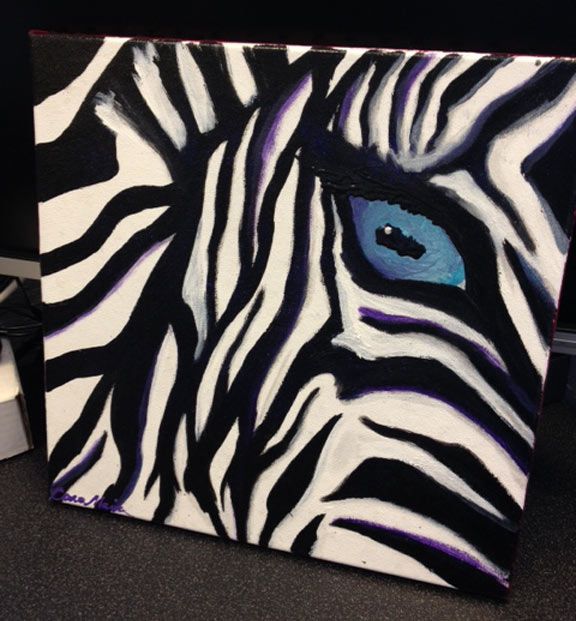 Wes is an investor with BetaBlox, a small-business incubator in Kansas City, Missouri. BetaBlox aims to provide local start-ups with office space, mentoring, and networking services in exchange for a 5 percent equity stake. The idea is to give area entrepreneurs the ability to start their businesses in KC and, hopefully, keep them there so they can add to the city’s job base. This is a good and noble endeavor, which Wes describes with all the human warmth of a Howard Roark sex scene from The Fountainhead:

Right, the average people — those schoolteachers and pediatricians who have failed to start their own companies while they’ve mastered a profession. Might they feel insulted by Bergmann’s idea of success? “Yeah, and they’re not our customer, so insult away,” he says.

Haha, saps! That cream gonna keep on rising while you’re toiling away teaching kids to read and shit. Suckers.

Emily is a CrossFit trainer offering online courses and merch at her Unleashed Fitness website, and, since you could probably grate a wheel of pecorino on her abs, I’d say she’s qualified.

A notorious hothead, prone to thundering bursts of blackout drunk hulk-rage (her “Battle of the Exes” outburst saw her make an episode of The Soup), Camilla is also an astute businesswoman. After winning “Battle of the Exes” with partner Johnny Bananas, Camilla took her $75,000 in prize money and invested it in Clean Start Miami, a full-service spa offering yoga, herbal treatments, facials, massages, and colonics. The place has killer Yelp reviews.