After The Blind Side and Moneyball (and all their Oscar cachet), Michael Lewis could write a Yelp review and Hollywood would option it. That’s just about what producer Scott Rudin did, acquiring Lewis’s latest nonfiction breeze-read, Flash Boys. It’s not that Flash Boys isn’t a great read (it is), or that no one’s talking about it (Wall Street’s all agog like a classroom of 10-year-olds passing around a mash note). But this time, Lewis forgoes the audience-friendly inspirational sports stories for the geekily arcane realm of computerized high-frequency trading. Super sexy, right? Trust us, it’s super sexy. (For rich people.)

You see, our collective old-timey image of stock markets as a bunch of burly brokers yelling numbers at each other while ticker tape spews Hudsucker-like in the background is hopelessly quaint. The reality is that trading takes place at the speed of light, via server farms located in New Jersey, between brokers’ computerized trading strategies that execute in the fraction of a blink of an eye. As a result, Flash Boys is jam-packed with talk about fiber optics and proprietary trading algorithms (“algos” in finance nerd speak). Lewis explores the murky world of firms that connive for a microsecond-long advantage in transaction time to skim arbitrage pennies off every trade before even massive institutional investors can complete an order.

To boot, Lewis’s outsider hero this time is mild-mannered Canadian Brad Katsuyama, who left Royal Bank of Canada to form his own stock exchange dedicated to slowing down transactions and leveling the playing field for investors. Why? Because it was the right thing to do — that’s how Canadian Brad is. To assemble his monument to fairness and decency, he assembled a veritable Ocean’s Eleven of financial IT guys: Rob Park, the brainy Brad Pitt to Katsuyama’s Danny Ocean; Ronan Ryan, an expletive-slinging Irishman who used to lay fiber-optic cable for banks; Zoran Perkov, a Croatian immigrant raised in Queens who’d helped run NASDAQ’s servers day-in and day-out; Constantine Sokoloff, an adorably fatalistic Russian who creates the exchange’s matching software; Don Bollerman, the requisite fat white guy who really knows his shit; and quite a few more.

So, what’s the movie? That’s the multimillion-dollar Oscar-bait question. Considering Katsuyama’s new exchange, IEX, just opened, Flash Boys barely has an ending, let alone a full narrative neatly pre-bundled into three-act structure. It’s also not as much a lone outsider challenging the system as Billy Beane was in Moneyball; and there definitely aren’t struggling inner-city youths to root for. If anything, like the Ocean movies, it harks back to old-school “men on a mission” movies like The Guns of Navarone or The Dirty Dozen. Except this dozen is far from dirty; if anything, it’s a bunch of low-caliber IT guys whom the dirty money men take for granted — at their peril. The Socially Awkward Twelve maybe?

The Writer and Director 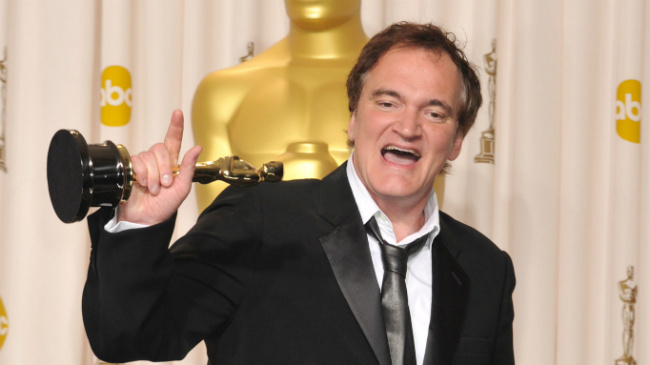 Since there’s a “We’re smarter than you” start-up element to Katsuyama’s adventure, you might think The Social Network’s Aaron Sorkin and David Fincher would be the go-to guys: Sorkin packed Moneyball full of his trademark retorts, after all. But the truth is there’s not enough Fincherian dread or call for caustic Sorkin dialogue — Brad’s too genial a guy. However, the ragtag ensemble does have an Inglourious Basterds feel to it, just with less Nazi skull-bashing. So I’ll go out on a limb and recommend Rudin hunt down Quentin Tarantino. Seeing as he’s scotched The Hateful Eight to get back at the Internet for leaking his script, Tarantino’s in search of a project. And if anyone can fill out the extensive cast of Flash Boys with quality character actors in desperate need of rediscovery, it’s QT.

But the skill Tarantino really brings to this barrel of tech monkeys is dialogue. The truth is, for all its bravado about changing the world, Flash Boys is ultimately a lot of guys talking in a room. You have at most one or two wide shots of guys laying fiber across Western Pennsylvania. There’s no little-person tossing, mile-high hookers, or ’ludes-fueled rampages. In fact, Flash Boys is almost the anti–Wolf of Wall Street. But if anyone can make a bunch of smarmy guys talking in a room captivating, it’s Tarantino. Whether it’s gangsters in a car, robbers at a coffee shop, or Nazis smoking gag-pipes with French farmers, Tarantino knows how to turn a table, some chairs, and a key light into the most exciting/entertaining dramatic space there is. 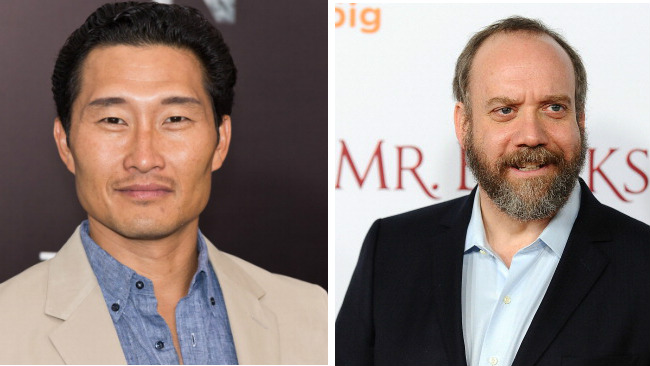 It’s no secret that Hollywood’s afraid of an Asian American leading man, but I say with Tarantino at the helm, it’s time to take the plunge. Of course, it will undoubtedly fudge the exact ethnicity, so I bet we’re looking at Hawaii Five-0’s Daniel Dae Kim as Katsuyama. He combines wholesomeness with the sex appeal that any story about electronic trading’s going to need desperately. (But if the studio’s feeling lucky, it could try to lure Dean Cain away from hunting Bigfoot: He’s half-Japanese, half-Canadian, and apparently more than eager to work.) As Kastsayuma’s uproariously blunt sidekick Rob Park, I think we can all agree that Community luminary Ken Jeong is the man. And for the nerdy, foul-mouthed Ryan? Hollywood’s favorite Irishman Chris O’Dowd, duh. I’ll let QT fill in the rest of Basterds 2.0, but we can assume there’s a role reserved for Christoph Waltz. The only question is whether his Austrian accent makes him a more plausible Russian or Croat by-way-of-Queens.

What Lewis’s book lacks, however, is a single villain. Sure, HFT firms like Citadel get a lot of Lewis’s implicit ire, but when evil is this abstract it really needs a face. Luckily, Lewis might have found his baddie while out promoting the book. Check out this uncharacteristically entertaining CNBC clip. Obviously, that’s not a high bar, but this fight between the real-life Katsuyama and William O’Brien, head of the rival BATS exchange, turned the NYSE into a basement brawl pit. O’Brien is understandably huffy because Lewis paints BATS as a bit of a boy toy for high-frequency traders, leasing them space next to its servers so they’ll gain a microsecond edge on the rest of us. But how can you watch O’Brien’s hilarious rage and not instantly want to watch yet another clip of Paul Giamatti in Big Fat Liar? Enjoy.