I never saw this coming. I never imagined a series on the Oprah Winfrey Network could usurp The Challenge as the best reality show on TV. But here we are. What’s happening on Lindsay every Sunday night is captivating, depressing, weird, wrong, and strangely perfect. Lindsay Lohan has found her calling: She was born to be an unreliable, insane, delusional, yet somehow likable and sympathetic reality TV star. This week alone, she started a war with Indonesia, took a swan dive off the wagon, and orchestrated a Russian self-mutilation session. Sorry, The Challenge fans — we’re leading with Lindsay this week.

Let me catch you up on Lindsay’s life: Her life coach quit. Do you understand what that means? The person Lindsay Lohan pays to do nothing but give her pep talks quit her job because she was wasting her breath giving Lindsay Lohan pep talks. Last week’s episode ended with the professional pep talker quitting, and no one was really ready for how this week’s episode began.

Words appeared on the screen saying that Lindsay had been filming herself as part of the project, and next thing we knew, Lindsay was sitting cross-legged, simultaneously smoking, smiling, crying, posing, preening, laughing, thinking, and filming herself: 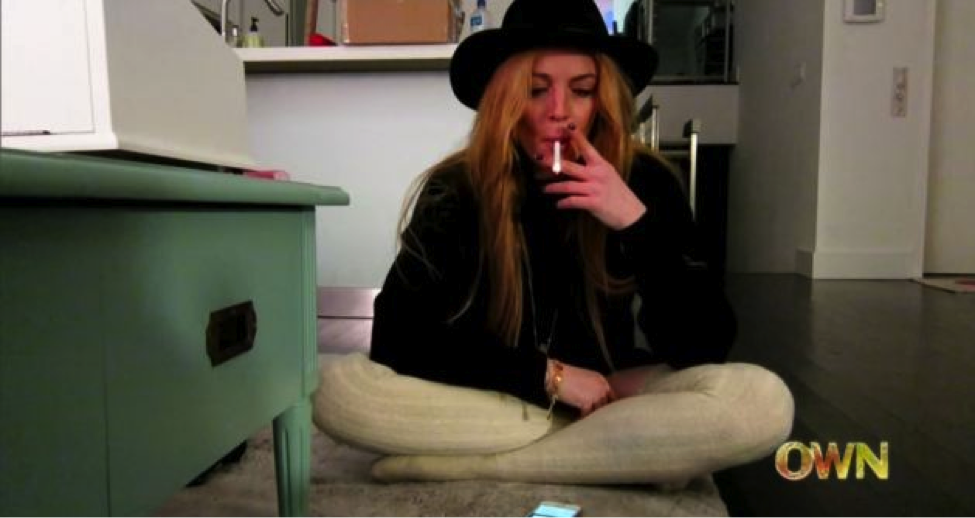 It was only about 30 seconds long, but I watched it 27 times. I think they gave her a camera and told her to film herself because Lindsay Lohan is the only director willing to work with Lindsay Lohan. She had a photo shoot with Elle Indonesia and completely blew it off. She straight up didn’t show. These people flew for two days to put Lindsay Lohan in cool clothes and take pictures of her, and Lindsay Lohan didn’t show up. Celebrities don’t show up for stuff all the time, but Lindsay’s excuse was that she was up late the night before, “working.” Are you wondering what type of “work” Lindsay Lohan does late at night and early into the morning? I’ll tell you: She films Russian dudes piercing their ears with kitchen knives: 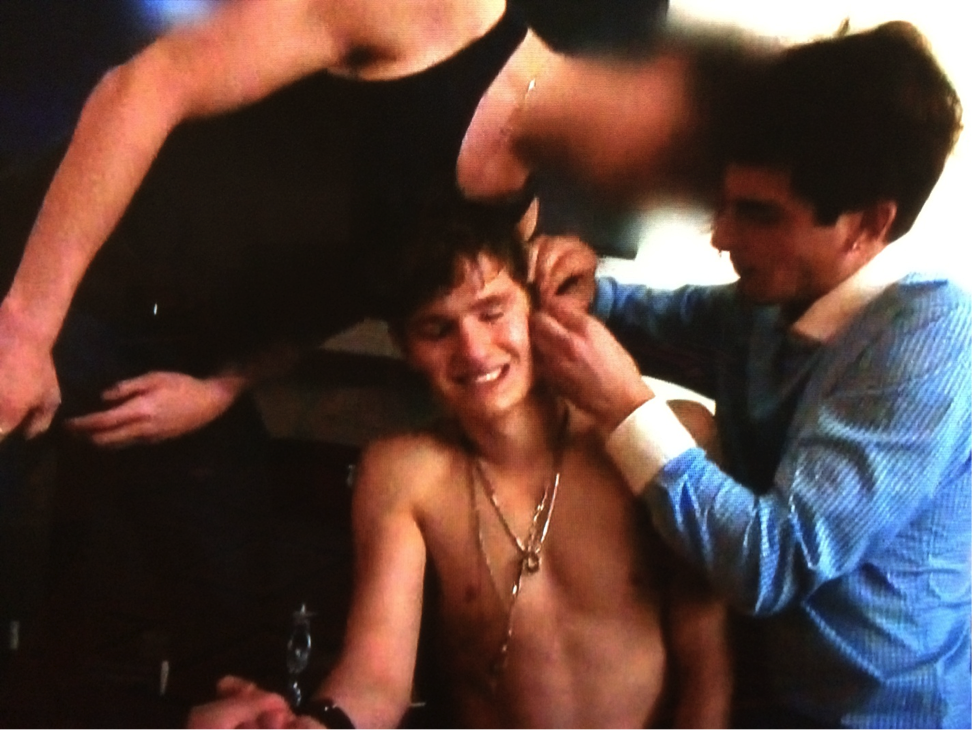 Watching someone’s life fall apart on reality television isn’t new territory. Remember Anna Nicole? Remember Whitney and Bobby? The thing with Lindsay is that she seems to have a decent head on her shoulders. In her interviews, she’s well spoken, rational, and even semi-self-aware. When she opens up about her formative years, you start to realize that we, as humans, are really just a product of how fucked up our parents are. This is what she tells the person who’s ghostwriting her mom’s book:

(Actually, pause. Think about that sentence for a second before reading the quote. Done? Cool.)

The first day of filming Parent Trap in L.A., my dad came to see me, us, and then two feds walked in and cuffed him and he went straight back. … When I was there doing Freaky Friday, that was a time when, like, I kind of made the decision and I started staying at the Four Seasons, and Dad actually was then back, and that was, you know, I ran into him there and he was paying for my room, and I walked into his room and he was doing drugs with this guy.

Of course she’s filming a dude getting his ear pierced with a kitchen knife at 7:30 in the morning: HER DAD DID COKE IN HIS DAUGHTER’S HOTEL ROOM/HOUSE. The best part about this show is that no matter how many times she blows off a shoot, or is a bitch to her assistant, or sits around her house lighting candles and being a lunatic, you end up rooting for her. I can’t wait for Season 2. WAIT, WHAT? Canceled because of poor ratings? Why is no one watching this? Please, for the love of Russian dudes piercing their own ears, watch this program.

Wait, wait, wait, wait. They pay for their own bar tabs on The Challenge? Somehow CT got stuck with a $750 bar tab on Thursday’s episode, which is clearly this week’s GRTFL Questionable Moment:

Why did CT pay? Why didn’t everyone just split the tab? Why doesn’t MTV pay? If MTV has the budget to hang Frank the Alcopsychoholic 40 stories above Uruguay by a bungee cord, how does it not have $750 for drinks? Doesn’t it know the contestants are only interesting when they’re falling off things, hooking up, or fighting, and that they do those things only when they’re drunk? Also, why are they drinking mimosas? 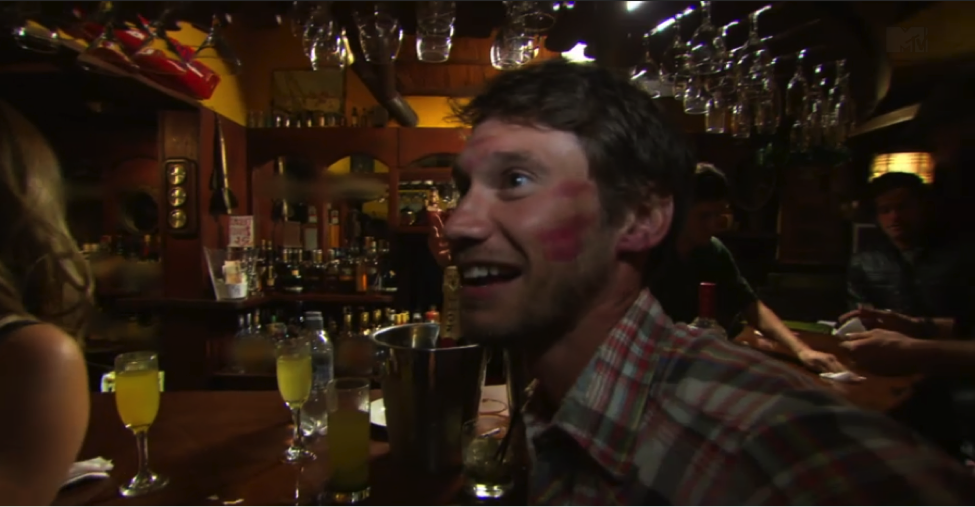 Who drinks mimosas at night? Mimosas are strictly a morning drink; they should be outlawed after sundown. Why didn’t anyone else offer to pay the bill? Where did they find a nautical-themed bar in Uruguay? How did CT do the currency translation calculation that fast? Is that a bottle of Moët in that photo? If you are drinking on someone else’s tab, you cannot order a bottle of Moët. How did CT become a calming, paternal presence in the house? All these questions make me make this face: 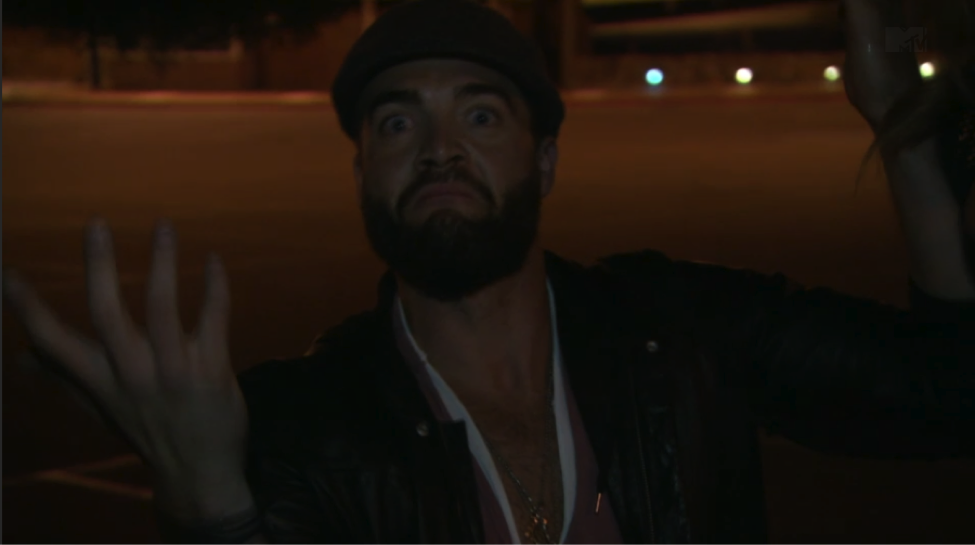 Tony is one of those people who won’t shut the fuck up. He’s constantly talking. At least 75 percent of the sound coming out of the TV this season is Tony’s voice. He’s constantly plotting and lying and talking and backstabbing, and then lying some more. About 40 minutes into this week’s episode, he was explaining his strategy in an interview and I realized, for the first time, that I might be too dumb to understand what’s happening on Survivor. Game of Thrones has a billion characters, new languages, and dragons and shit, so it’s fine when I can’t follow those plotlines; it’s less fine when I can’t tell what the hell is happening on Survivor. Whom does Tony want to vote off again? Is LJ his friend or his enemy? Didn’t Tony tell people he was a cop? Yes? Then why is he telling Jeff he’s in construction and people are stealing his tools? Either Tony has no idea what he’s doing, or I’m an idiot.

I have no idea how this happened. There’s no logic to it. It makes no sense. HOW IN THE WORLD DID DUSTIN CHOOSE JESSICA OVER EMILEE? This week’s GRTFL Top Five is the Top Five Reasons Dustin Should Have Chosen Emilee Over Jessica, listed from “You make a good point” to “The only explanation is that Dustin’s frat-pad wounds are still healing”: 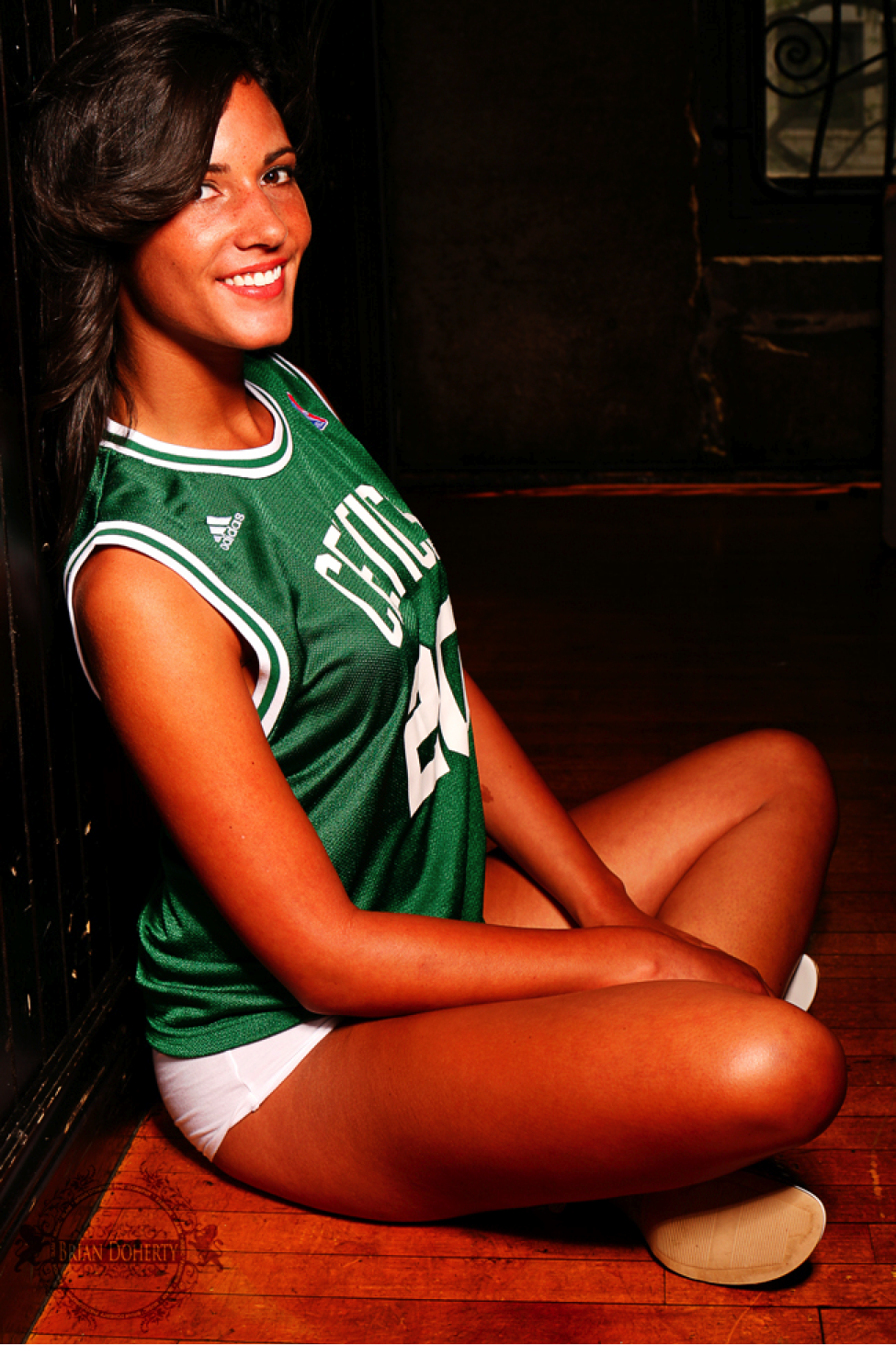 4. Emilee is available and in Dustin’s bed. “If I’m in somebody’s bed,” she said during an interview, “it’s because I’m looking for some action.”

3. Every single thing Jessica did on her season of the Real World was awful. Remember when she confronted Averey and Bird about not being friends with her? That was so embarrassing for Jessica that I’m embarrassed right now for even thinking about it.

2. Emilee is a Hooters waitress.

Nany and Camila fought this episode because, um, well, actually, I have no idea why they fought. “Alcohol” is probably the best answer. Here’s Nany assaulting Preston Rajon Rondo: 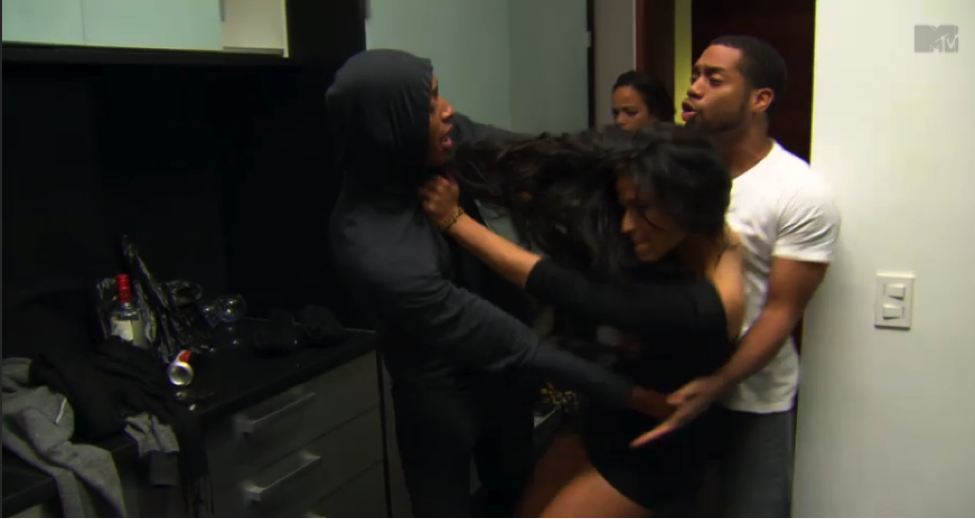 The next morning, Nany and Camila made up immediately. There’s something about going from doing everything you possibly can to murder someone to making up with them in six hours that simply doesn’t scream “well-adjusted, mature adult.”

This season has delivered its share of shocking Tribal Council moments, but I’ve figured out what would easily be the most shocking moment in Survivor history: Woo standing up right before next week’s vote and declaring, “Guys, I just want to say, I don’t smoke weed.” It would be the biggest blindside in the show’s history.

Enjoy your weekend, and please spend it binge-watching Lindsay. We need that show to come back.