The only thing more important than reality TV at the GRTFL Headquarters is journalism. Keeping the public accurately informed about what is really happening in the reality TV streets is important to us. However, we have been too focused on who is getting slammered, or having ocean coitus, or threatening cannibalism, or shooting lasers out of their eyeballs, to dedicate an entire column to reality TV news. Well, that is about to change. Since it was a bit of a ho-hum week on the ol’ boob tube, GRTFL Super Scorer Caitlin Mangum hit the interwebs to make sure that GRTFL readers are up to date on all the news, including Pitbull’s inevitable reality show, The Bachelor’s Rose Parade float designs, Speidi’s family Halloween photo, and, of course, the first trickle of Real World footage from the new season. Let’s start there.

The Facts: MTV dropped a little Real World footage to tease the December 16 debut of the “skeletons”-formatted season that may or may not have been overanalyzed in last week’s GRTFL column. Check it out:

The Takeaway: WHY THE FUCK DID THEY MAKE ALL THE FOOTAGE LOOK LIKE A PHOTO NEGATIVE? Oh no, are they going with an X-ray theme because the season is called Skeletons? That is ridiculous. This teaser trailer showed me nothing about what the skeletons are, nothing about the host city, nothing about the season, and, most important, I couldn’t even evaluate how attractive the cast is. This “teaser trailer” is a huge gigantic nothing.

Pitbull Is the Next Ryan Seacrest

The Facts: Miami rapper/sunglasses-wearer Pitbull has not one, but TWO reality TV shows in the works. One is called Pitbull: The Lyfe, which is your basic “follow Pitbull around while he wears sunglasses” show. The second is called The REAL Change Project, in which Pitbull is paired “with key people in sport, music and politics as they discuss the mentors that have aided them in their success.”

The Takeaway: I get the whole “follow around Pitbull with cameras” one, fine, but the other one I don’t understand. Why the hell would FLOTUS subject herself to a Pitbull-hosted reality show? Are we sure that Pitbull is the right person to be interviewing Michelle Obama, Paul McCartney, Lady Gaga, and Kobe Bryant about mentors? Is this a real thing? Has this been shot yet? When does it air? Oh, wait, let me take another look at the Guardian’s story: “Neither of the shows has networks signed up yet.” Oh, so all of this is fake. Carry on.

The Bachelor Will Have a Float in the Rose Parade

The Facts: This is happening: 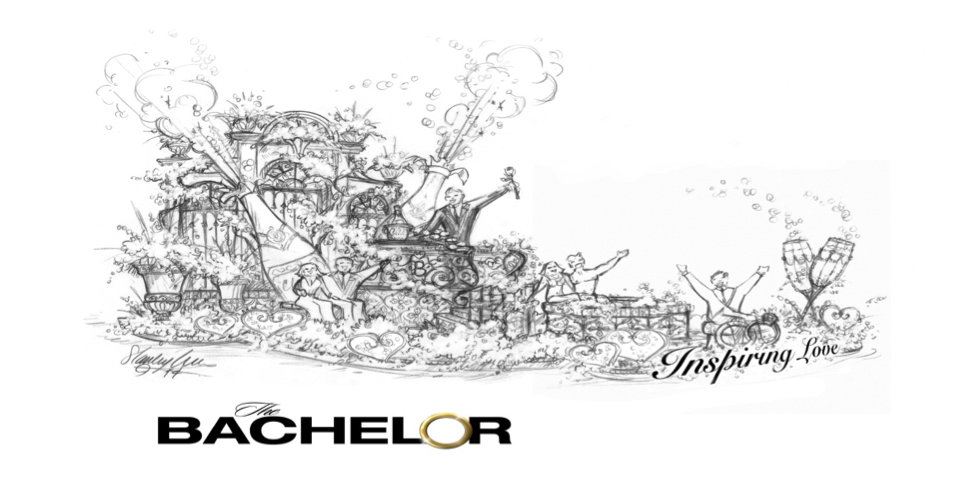 Aside from The Bachelor’s dominance of American culture, the real takeaway here is that even the people in charge of The Bachelor have a sense of humor about The Bachelor: There will be a hot tub on the float. Perfect.

The Facts: OK, fine, he wasn’t arrested for buying a hamburger; he was arrested when he double-parked while buying said hamburger. The fuzz ran his plates and saw he had a warrant out for missing child support payments.

The Takeaway: Here is an important piece of advice for all criminals: Do only one illegal thing at a time. If you have drugs and are driving, don’t speed. If you just robbed a bank, don’t jaywalk. And if you owe $11,000 in child support, don’t double-park. Shout out to Five Guys, though, underrated burger. I would put it over even In-N-Out.1

I only said that to troll Californians, who act like every In-N-Out cheeseburger is an unearthed Picasso.

The Facts: This happened.

The Takeaway: I don’t wonder why this happened. I understand it. They are two people trying to keep their soul-crushing depression at bay by purchasing tiny canines and showing up on gossip sites. Their behavior makes sense to me. What about the photographer, though? His role in this is the GRTFL Questionable Moment of the Week:

Who pays the photographer? Spencer? Heidi? No one? Did he/she wait outside the Pratt/Montag house hoping they would come out dressed in insane costumes? What market is there for these photos? What editor at what publication approved a dollar amount for these? How many photos did he/she take? Do you think at one point the photographer was like, “Guys, the little black one dressed as Raphael can’t see?” Do you think he asked Heidi why she was only a white belt at ninja-ing? What did he/she tell his/her spouse about the workday when they got home? Am I the only one getting depressed by all of this?

Juan Pablo and Nikki Broke Up and He, GASP, USED HER?

The Facts: “Insiders” are claiming that Juan Pablo stayed with Nikki only to “stay relevant” and “promote himself,” because he wants to be “a manager for high-profile Latin athletes.”

The Takeaway: Let’s imagine you are a high-profile Latin athlete and you were looking for someone to help manage your brand and public persona. Would you hire the man who was such an asshole that he made the entire nation turn on him? No, you would not. In Juany Pabs’s defense, as I have covered before, Nikki was kind of a bitch to everyone on Couples Therapy, so maybe this isn’t all his fault. Let’s be honest, though: It probably is.