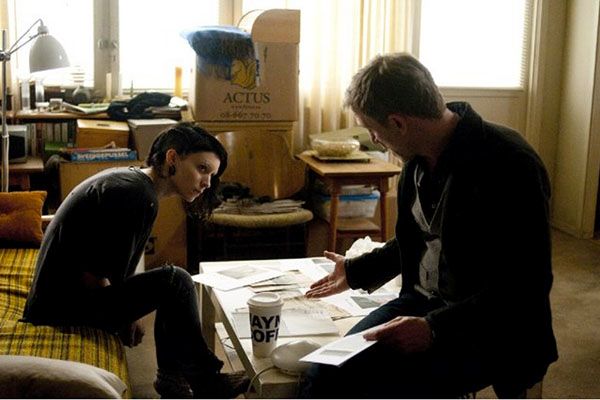 It’s kind of hard to remember now — what with 50 Shades of Grey having bombed through and nip-slipped the world into submission — but there was a time when The Girl With the Dragon Tattoo was the hot lit-blockbuster adaptation of the moment. We had the renewed invincibility of David Fincher, coming smoking hot off The Social Network, and we had Karen O going “ahhhahhhaAHHHah” on that goose-bump-inducing trailer, and we had ascendant starlet Rooney Mara, making herself over as one who clearly is not fucking around. And then the movie dropped and — it was OK? It was pretty cool? Yeah. Yeah. Totally not bad.

The reviews and the box-office numbers ($232 million worldwide) were certainly stellar, but there was still a distinct feel of the air coming out of the balloon. Maybe, with fanboys pre-salivating over what might come out of Fincher messing around with the dark pulp of Stieg Larsson’s book, the expectations were too high. Some of that lingering disappointment comes from Tattoo‘s Academy Awards performance, too: Mara’s well-deserved Best Actress nomination was nice, but it’s hard to be all “FUCK YEAH Best Film Editing Oscar!” Which means that, soon after the movie dropped, its planned sequels already seemed to be in doubt. And now they are — like, I don’t know, maybe happening? Probably? Probably still happening? Can you check back later?

EW reports that the next flick, The Girl Who Played With Fire, will definitely not be out in 2013, as had been at one point hoped for. Mara and Daniel Craig are locked in for another go-around. Other than that, though, who knows: “Dragon Tattoo screenwriter Steven Zaillian is still working on the script, and nothing will move forward until the screenplay is nailed down. While there’s still no director attached, Fincher remains the first choice and hasn’t ruled out returning. And despite the uncertain timetable, the film is still definitely moving forward, although the source says that they are not in a rush and at this point there is no information about when it might be released.”

Perhaps a bit of warning for you here, 50 Shades of Grey. You fly high today, with your fast-tracked adaptation being all the talk of the town — but, much like old friend Icarus, the day may come when you tumble down to earth, in the form of EW reports about the ambiguity surrounding the timetable for your sequel!