Drake made some interesting life choices following the success of 2011’s Take Care. He bought a faux-Mediterranean villa in Hidden Hills and dubbed it the YOLO Estate, because that’s what you do when you’re 25 sitting on $25 mill. He decided to stop accepting friend requests and committed to a rigorous weightlifting routine, the results of which have informed much of his recent work. Most notably, and perhaps most indicative of his place in hip-hop’s hierarchy, he started his own label, OVO Sound, which boasts a promising roster of Toronto-bred talent.

OVO Sound’s batch of summer releases calls for an introduction, both to its artists and to its vast network of peripheral figures. As you’ll soon find out, not everyone here makes music, nor does everyone have an easily discernible role, but that’s half the fun. After all, maybe one day YOU can be in OVO. Stranger things have happened.

Noah Shebib, better known as 40, is the architect of OVO’s house sound, a dark, atmospheric style of production that pervades every Drake record and is thus mainstream hip-hop’s centrifugal force; it’s the sonic love child of ‘90s R&B and whatever happens to be cool on Tumblr. His influence on the various OVO Sounders you’ll meet below is palpable, and he has managed to do it all despite suffering from multiple sclerosis. That’s probably because he really, really enjoys producing music, as evidenced by this endearingly nerdy blog post from last month. (OVO’s continued commitment to Blogspot is one of the stranger developments of 2014.)

You have definitely heard OVO Sound’s Majid Jordan, even if you haven’t heard of them. The spacey production duo, consisting of Majid Al Maskati and Jordan Ullman, cooed the bridge and provided backing vocals on “Hold On, We’re Going Home,” the highest-charting single from Drake’s third album, Nothing Was the Same. In years past, this role would have likely gone to The-Dream or the Weeknd, established R&B acts with requisite blog hype. But nowadays, Drake is focused on developing his young label signees, thus allowing these virtual unknowns to score one of the biggest features of 2013.

I’m still not sure if Maskati and Ullman are actual human beings or just anthropomorphized Soundcloud pages, and after listening to their recent EP, A Place Like This, I think that’s kind of the point. They work exceptionally hard to seem mysterious, eschewing their boss’s penchant for oversharing in favor of vague, sometimes inscrutable lyrics that register as musical subtweets. Nevertheless, it’s easy to see why Drake took them under his wing — as Stereogum’s Chris DeVille recently observed, A Place Like This feels like an extension of the aesthetic Drake and 40 have been crafting since the release of 2009’s So Far Gone, the paradigm-destroying mixtape that made it cool to be in touch with your feelings. Naturally, the video for “A Place Like This” is an emotional roller coaster, evoking the aching sentimentalism of watery R&B enthusiasts like How to Dress Well and Autre Ne Veut. It will break your heart.

While Majid Jordan’s full-length follow-up isn’t expected until sometime next spring, OVO Sound singer/producer PARTYNEXTDOOR (real name: Jahron Brathwaite) released his self-titled debut mixtape more than a year ago. Brathwaite’s freshman effort covered the sort of thematic ground you’d expect from a 19-year-old dude named PARTYNEXTDOOR, which is to say, late-night shenanigans, aspirations of wealth, and “wild bitches,” to whom an entire track is dedicated. A sequel dropped today, and it features a number of standout tracks, including the Drake-assisted single “Recognize.”

In addition to being a stirring romantic gesture, “Recognize” cements PARTYNEXTDOOR’s status as Drake’s most unique regular collaborator, a distinction formerly held by the Weeknd. It’s fitting, then, that Brathwaite is our first truly post-Weeknd artist, doubling down on the bone-chilling Toronto nihilism that catapulted Abel Tesfaye to PBR&B stardom in 2011. Considering his youth and Canadian heritage, he’s a solid bet to remain in Drake’s professional orbit for a long time. 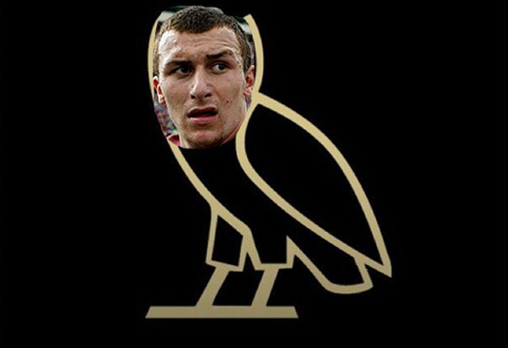 Johnny Football’s OVO affiliation dates back to the fall of 2012, when he parlayed his Heisman run into a friendship with Drake. The following spring, he trekked up to Toronto to observe Drizzy in his natural habitat, causing his mother great anxiety. However, per ESPN.com’s Wright Thompson, “Johnny came back visibly lighter, with new clues on how to handle his growing fame.” More importantly, Manziel was able to foster personal relationships with his new crewmates, and he left feeling dedicated enough to get a commemorative OVO tattoo.

Since then, he has sported an owl lapel pin at SEC media days, received a number of enthusiastic Instagram shout-outs from OVO henchmen OB and Ryan, soundtracked his March pro day with lots of Drake, and served as the cover art for Drake’s April single “Draft Day.” Basically, he’s OVO’s cheer captain.

Johnny and Aubrey have been inseparable this summer, partaking together in post–NFL draft festivities in May, OVO’s Houston Appreciation Weekend in June, and an ESPYS after-party just two weeks ago. In fact, during a pre-ESPYS conference call, Drake expressed interest in becoming neighbors with the Cleveland Browns rookie, whom he claimed was “part of our family and our brother.” 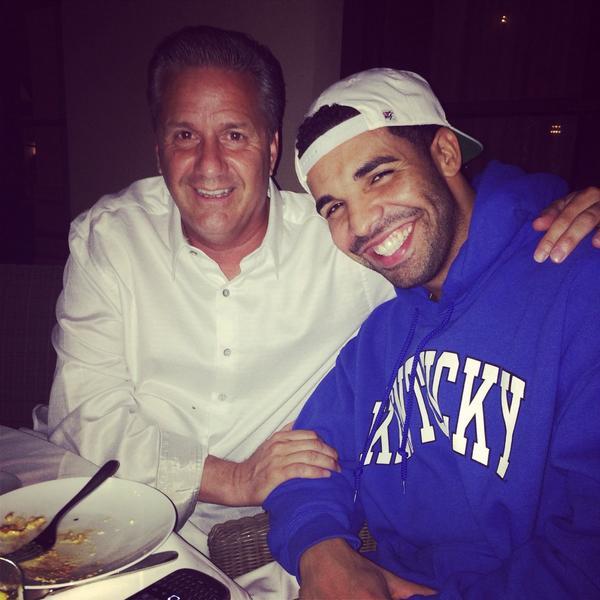 Drake and John Calipari share what can only be described as a bromance with benefits. As the avowed Kentucky hoops fan explains here, Calipari’s program has given him a sense of belonging, and even inspired him to earn his GED two years ago. Meanwhile, Coach Cal gets the country’s most valuable recruiting tool, so it’s a true win-win. I’m not sure exactly how they met, but I suspect it has something to do with their mutual friend LeBron James.

Furthermore, Drake’s relatively recent association with Kentucky exemplifies how his athlete friendships have shifted over time. In his younger days, he seemed only to socialize with proven, cred-boosting stars like LeBron and D-Wade, but now he clearly prefers emerging brands like Johnny Football, Andrew Wiggins, and Calipari’s annual squad of one-and-doners. 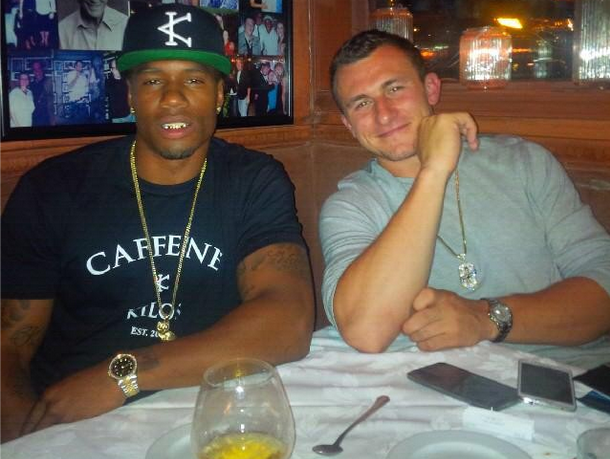 Any self-respecting music label needs its own personal trainer, and that’s where Jonny Roxx comes in. He’s the man responsible for Drake’s aforementioned weight gain, which earned him a nod in “5 AM in Toronto,” as well as the only OVO-affiliated Twitter account that provides health tips and inspiration on a daily basis. If he’s smart, he’ll use his friendship with Manziel to become an NFL team trainer — or, at the very least, a CFL team trainer. 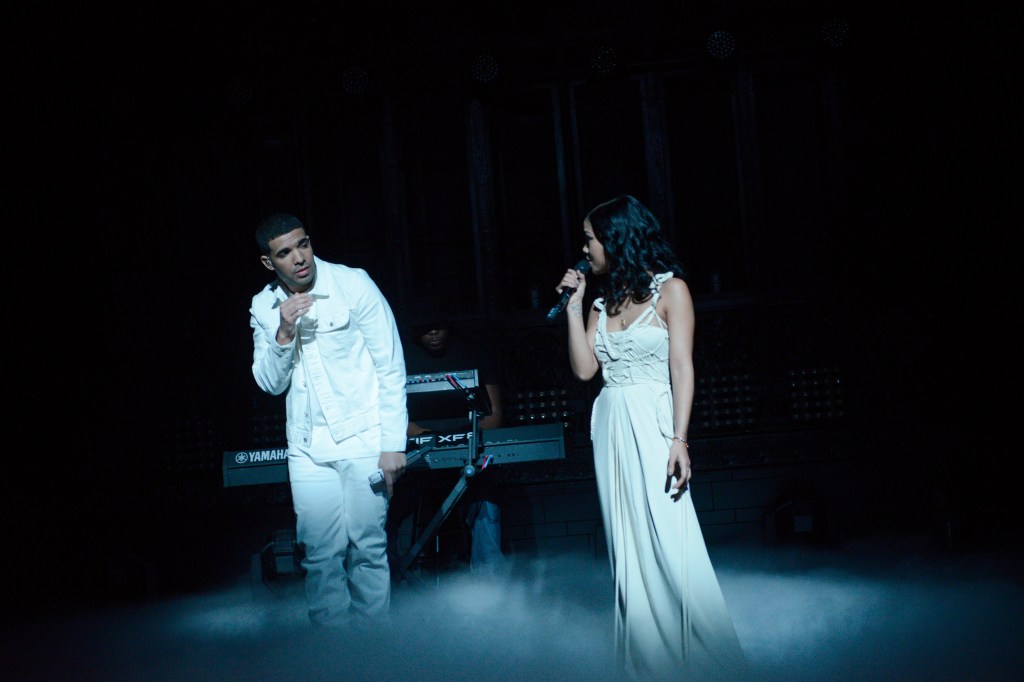 As recently as two years ago, a Drake album without rumored baes Nicki Minaj and/or Rihanna would’ve seemed incomplete, but on Nothing Was the Same, ascendant singer-songwriter Jhené Aiko shattered that notion. Though she’s not signed to OVO Sound, Aiko runs in the same circles as Drake, and her 2013 EP Sail Out doubtless benefited from his imprimatur. Moreover, her frigid vocals fit in this universe, so she’ll likely be around for a while. Deservedly so — that hook on “From Time” is magnificent.

You may know OB O’Brien from his ongoing streak of stupendous music video appearances. I first became aware of his existence in the “HYFR” video, where he managed to steal the show at Drake’s bar mitzvah, and he’s been on a roll ever since, earning extended camera time in the videos for “Started From the Bottom” and “Worst Behavior.” (In the event you’re unfamiliar with OB’s work, he’s the bearded white guy in a gigantic owl costume. That should narrow it down.)

His function in OVO, however, has always been sort of dubious. Nominally a rapper-producer, OB rarely bothered to actually make music and spent an inordinate amount of time promoting TOPSZN, a vaguely defined “regime” named after his preferred strain of weed. He was a harmless, entertaining goofball, but nothing more.

Then came January’s “Steve Nash.” If nothing else, it proved that OB was capable of releasing a song. Not necessarily a good song, per se, but the progress was undeniable. You’ve got to walk before you can run, and you’ve got to record a paean to a legendary Canadian athlete before you can join OVO Sound. That’s just how the system works. Four months later, when Drake tweeted about an early-morning studio session with OB, I was cautiously optimistic.

Still, even Mr. O’Brien’s biggest fan couldn’t have anticipated a “2 On” remix that made everyone forget about the original, or “Hazelton Trump,” the sublimely catchy single that’s sweeping North America. Yes, both songs benefit from major league guest spots — Drake and Nicki Minaj, respectively — but OB more than carries his weight, rapping expressively about the advantages and disadvantages of crew life. (SPOILER ALERT: There are more advantages than disadvantages.)

Of course, we’re talking about a man with limited upside here. The weed carrier will never usurp the don, and OB knows that. In fact, his greatest attribute might be his wholehearted willingness to embrace his role as OVO’s court jester, beard and all. It’s a good look for him. 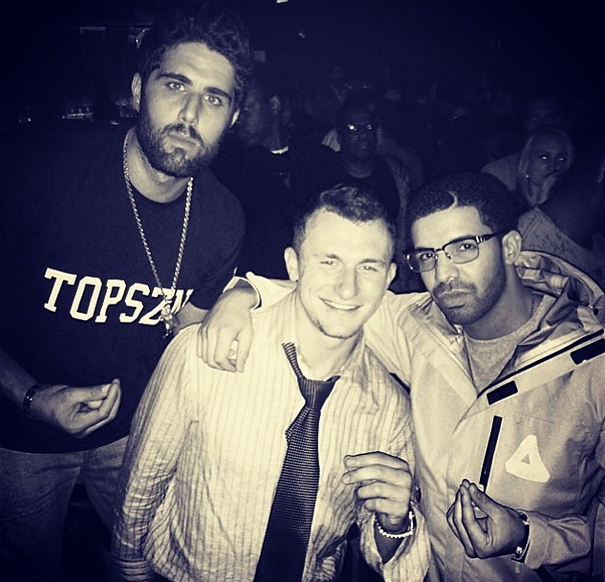 OVO Ryan is living proof of the perks that come with being Drake’s cousin, namely a permanent residence at the YOLO Estate and a personal photographer to follow you around at all times. Though he’s not a musician, Ryan is also a constant presence in Drake’s videos and stays relevant by dating Pretty Little Liars star Shay Mitchell. Based on his Instagram, he lives a very stress-free life. There’s definitely some zany fanfic waiting to be written about his adventures with TOPSZN co-conspirator OB. Such is the life of an OVO-er.