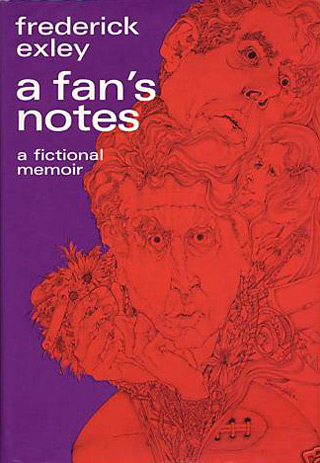 A Fan’s Notes, Pages From a Cold Island, and Last Notes From Home.

In A Fan’s Notes, Exley’s epiphany comes when he lays eyes on a chestnut-haired beauty — in fact the school’s homecoming queen — who was Frank’s girlfriend.

Exley had a pass for the big game, but never used it. With just minutes to go before we were to leave, he announced that he’d be watching from his room. It wasn’t the booze this time — more a kind of Super Bowl agoraphobia, perhaps something to do with the very Rose Bowl where a gamboling Frank had been known to kick up divots.