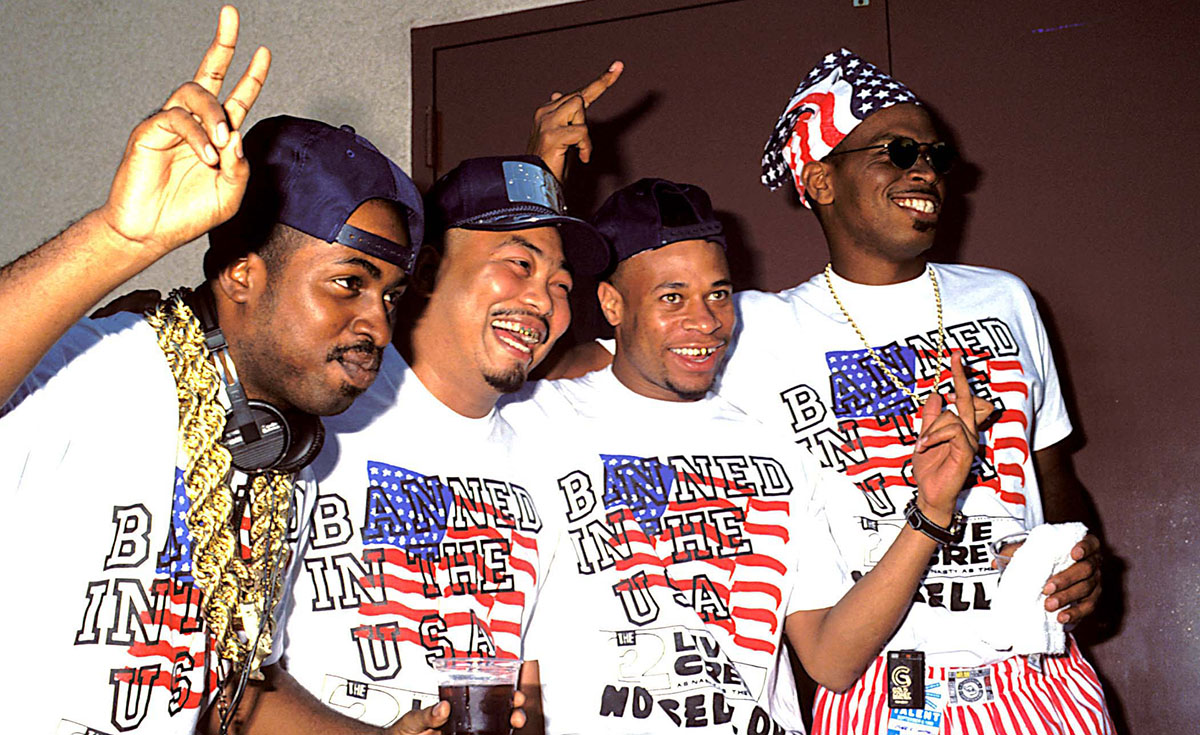 Presumably unsanctioned by the American Pyrotechnics Association. I experienced this deafening petard when 2 Live and Mantronix played the Charlotte Coliseum. My friends were high and remain shell-shocked by the memory.

The reference to Cousin Itt in the Orbison file — as cited by Brother Marquis — must be a legal precedent.

Campbell once told me that he was conceived while his parents were partying in Cuba.

The baseline for obscenity is inconsistent across class, race, geography, and gender. Flipping the bird is still identified as an obscene gesture. Al Bundy at rest with his hand down his pants is not. On the cover of Move Somethin’, 2 Live Crew’s Mr. Mixx is flipping us off with a joint wedged in his middle knuckles while sitting in a hot tub.

And that laundry list includes self-aware; sexist; pioneers; inventors of the parental advisory sticker; depraved but decent rappers; the independent business model for Southern labels like Rap-A-Lot, Swishahouse, and Cash Money; proprietors of fine promo merchandise, including a varsity jacket that bore a tiny rocket ship with booster flames stitched on its left cuff, etc.

Which also served as a pirate radio station for breaking his own records.