It all starts with Johnny Utah.

This is the name of Keanu Reeves’s character in Point Break, the 1991 surfing-thieves extravaganza costarring Patrick Swayze and directed by Kathryn Bigelow. Bigelow would go on to win an Oscar for Best Director and Best Picture with The Hurt Locker and then follow that up with an even better movie, Zero Dark Thirty.1

Is Zero Dark Thirty based on a fabricated tale of how the U.S. got Osama bin Laden? Quite possibly! Does that change the fact that it’s a dope thriller in which Mark Duplass is a CIA analyst and Chris Pratt is a Navy SEAL? Not at all!

Those two films saw Bigelow reach the apex of her profession, but you could argue that she never topped Point Break. You could argue this in two ways: First, Point Break is a bona fide cult classic, and abstract concepts like “awards,” “aesthetics,” and “quality” are for sycophants and cowards; second, she never again directed a movie starring a character named Johnny Utah.

Well, suckers, it’s time to shred again, or whatever, because Johnny Utah’s back, damn it. And this time, he jumps off mountains. Or something. I don’t know, watch the trailer.

I BELIEVE THAT, LIKE ME, THE PEOPLE BEHIND THESE ROBBERIES ARE EXTREME ATHLETES, USING THEIR SKILLS TO DISRUPT THE INTERNATIONAL FINANCIAL MARKETS. AND THEY DON’T CARE WHO GETS KILLED IN THE PROCESS.

Look: This is deranged. Why are we remaking Point Break? Has civilization grown that desperate? Must we plunder our own treasures like thieves? What’s next? Road House? Don’t even joke about that. The real question, though, isn’t why is Point Break being remade, or what variety of X Games–qualifying international robber we need to stop it. The real question is this: What’s to blame for the new Point Break?

I have some suggestions. 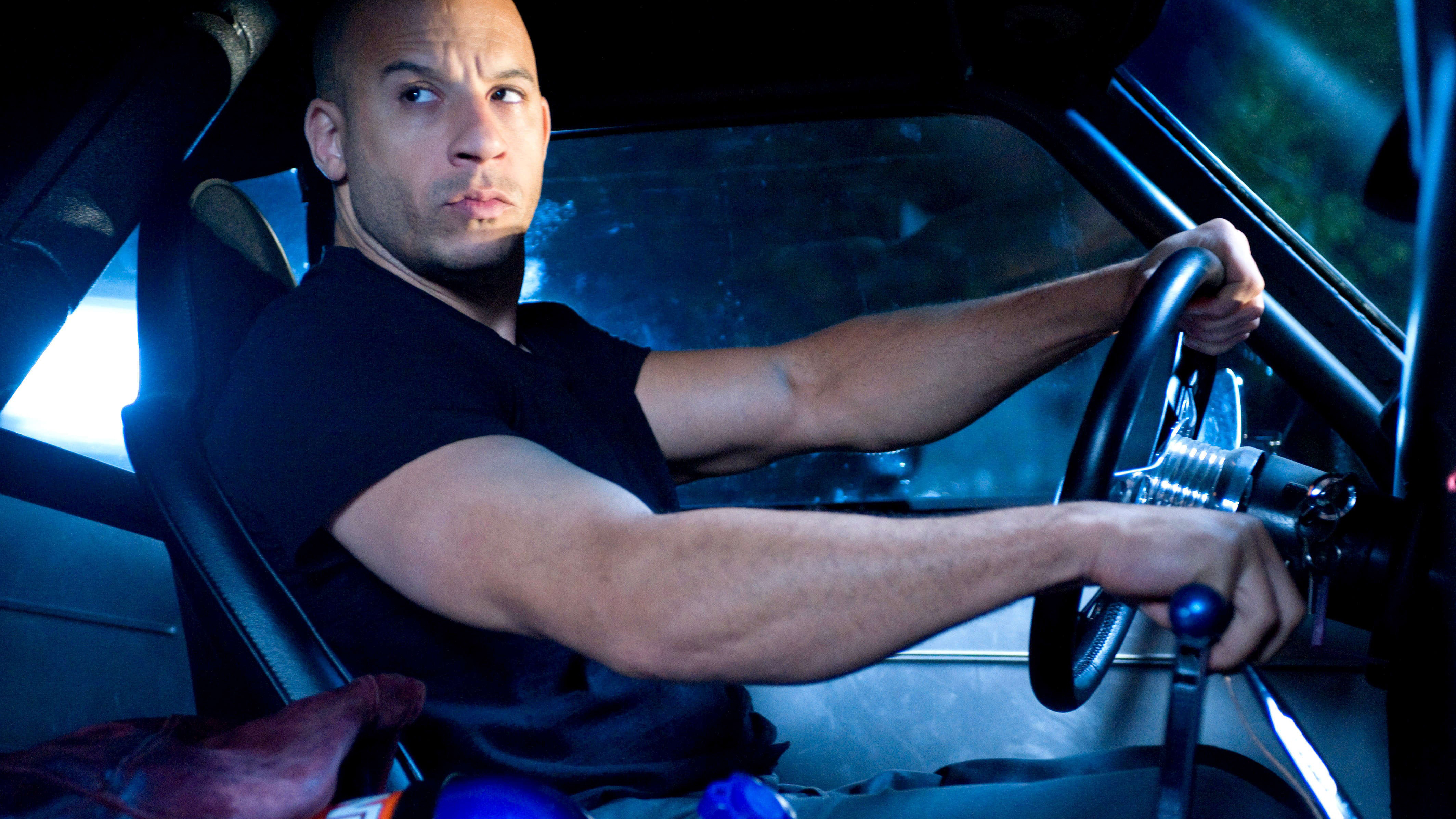 Even if the Fast & Furious movies contain some of the original Point Break’s DNA, it’s hard to argue that the new Point Break doesn’t look like some bastard child of the king car franchise even more than it resembles its namesake. For one thing, the director, Ericson Core …

Wait a minute. Wait. The director’s name is Ericson Core. Ericson Core. That’s not a human name, it’s the subject of a TED Talk. Johnny Utah and Ericson Core should start a band and call it UTAHCORE. I’d absolutely drive them around on tour.

Where was I? C. He was the cinematographer for the original Fast and the Furious, meaning that the two films share a major architect. And considering that Core is both the director and cinematographer of the new Point Break — which is … uncommon! — the producers were not shy about pursuing that look. This goes beyond cars. The Fast franchise is about high-velocity stunts that play by the laws of physics like a KFC Double Down plays by the laws of the food pyramid. You don’t need cars, you just need EXTREMENESS and a small European nation’s worth of stuntmen.

Shocker! There’s nothing more horrifying than an original idea to studios writing $100 million checks. At this point, it’s hard to blame them. Last year, 17 of the top 20 grossing movies in the United States were based on some preexisting property, and every time a Jupiter Ascending or a Tomorrowland flops, it makes it look less and less inviting to trot out a film that doesn’t have some cult following or past to help grease the box office rails. Even if Mad Max: Fury Road’s heritage is 30 years in the past, it still came into the marketplace with some preestablished goodwill. This is the only time that Mad Max and Point Break will ever be mentioned in the same breath, so enjoy it.

The screenwriter behind Point Break, Kurt Wimmer, wrote the Total Recall reboot. Before that, he wrote and/or directed a bunch of action movies that you might remember in the same way you remember tests you took in high school. And he looks like this. Now that is a man who should be writing the Point Break reboot.

In 2014, Keanu Reeves starred in John Wick, one of the more pleasurable action films in recent years. A complete surprise, delightfully original, and self-contained in magnificent ways — the Continental Hotel remains one of the coolest subplots in a shoot-’em-up I can remember — John Wick served no one better than its star. Reeves hadn’t exactly been riding the wave of Hollywood in recent years. His 2013 samurai movie, 47 Ronin, was the kind of failure that bankrupts countries; depending on who you believe, it lost as much as $175 million. But around the same time, he also directed his first film, the well-received Man of Tai Chi, and Wick firmly got him back on track. There will be a Wick sequel, and he’s slated to appear in the next efforts of three-named indie auteurs Ana Lily Amirpour and Nicolas Winding Refn.

Now, Point Break was announced in 2011. Reeves had yet to revenge-kill 77 people over the death of his very small dog. Can we really attribute the new Point Break to Keanu’s comeback? What kind of question is that? Do you not feel the vibes? If this isn’t a bunch of punks trying to jack Keanu’s energy, then I’m not writing this from the passenger seat of a ’69 Mustang. And I am. I’m actually driving. 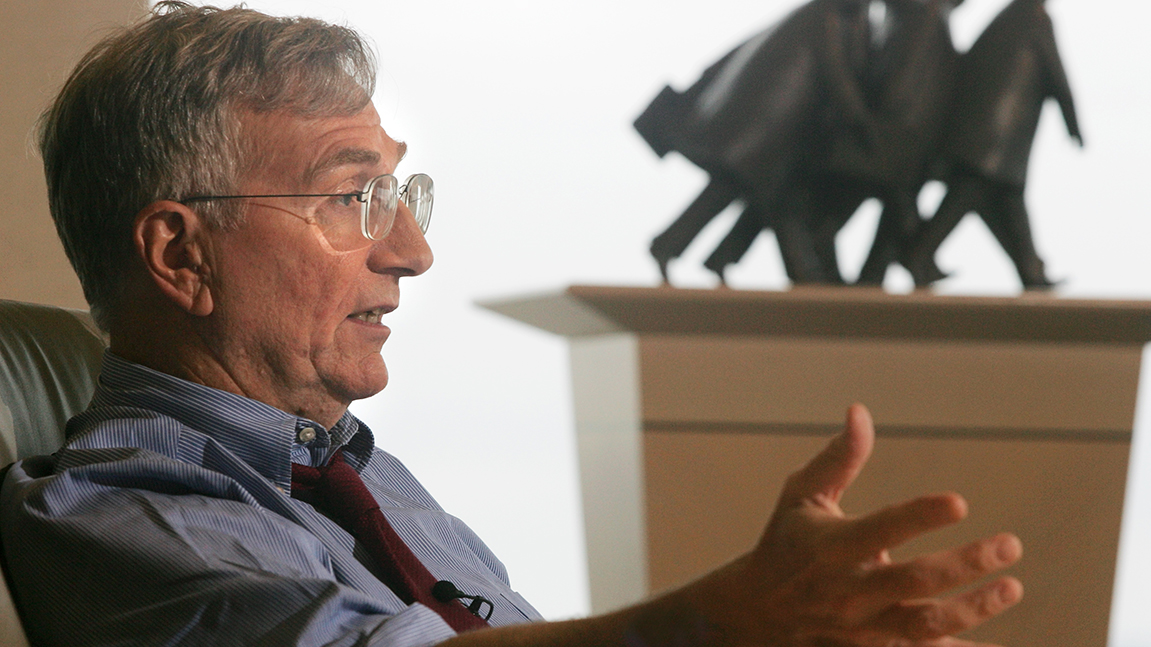 YO, SY HERSH, WHERE YOU AT. YOU OUT HERE BEING CROTCHETY? YEAH YOU ARE. YOU OUT HERE TELLING TRUTHS WITH THE HELP OF THE BRITISH INTELLIGENSIA BECAUSE THE AMERICAN PRESS CAN’T EVEN HANDLE YOU NOW? HELL YEAH. YOU OUT HERE EMBARRASSING KATHRYN BIGELOW, DIRECTOR OF THE FILM BASED ON THE U.S. GOVERNMENT’S OSAMA BIN LADEN STORY, BY REINVIGORATING THE MOST PECULIAR AND EMBARRASSING MOVIE OF HER CAREER, LIKE AN ACTION-MOVIE J.J. HUNSECKER?

I mean … I cannot prove this. But I can’t not prove it, either. Let’s enhance. THERE’S A REFLECTION.

At the end of the day, you can’t create a character named Johnny Utah and then just expect him to lie dormant, confined to one film, as though he had some regular old movie-character name. Johnny Utah demands to be onscreen. He demands that his story be told, over and over, until the sun swallows the Earth because we were all too busy watching Point Break on our watches. Yes, he may no longer be played by Keanu Reeves — hi, Luke Bracey, who is an actor — but he’s still the same Johnny Utah, in that other characters can be like, “Utah, I need a theory,” and Johnny Utah will give you a damn theory.