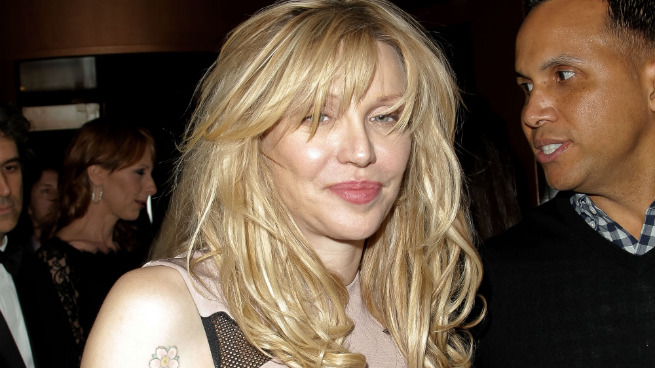 Courtney Love celebrated the 10th anniversary of Lost this weekend by putting on her Internet True Detective hat (made of chiffon, with little antique pearls sewn on it, from Etsy) to figure out what happened to missing Malaysia Airlines Flight 370, using the satellite imagery map website Tomnod to search the water for the remains of the plane. Never mind that Google Maps specifically put up a sticky telling people that using it to look for the plane was impossible, because the images are not put up in real time and may be weeks to months old. Plenty of people have decided to look for the plane themselves from the comfort of their own homes. The Losting of Flight 370 is not surprising at all, given that Lost was all about a missing flight, but it’s still very dumb. Real life is not The Langoliers. So while Love’s theory about the plane is no dumber than anyone else’s, it’s still pretty amazing that it’s Courtney Love’s. “I’m no expert but up close this does look like a plane and an oil slick. Prayers go out to the families #MH370 and its [sic] like a mile away Pulau Perak, where they ‘last’ tracked it 5°39’08.5″N 98°50’38.0″E but what do I know?” posted Love on her Facebook page. 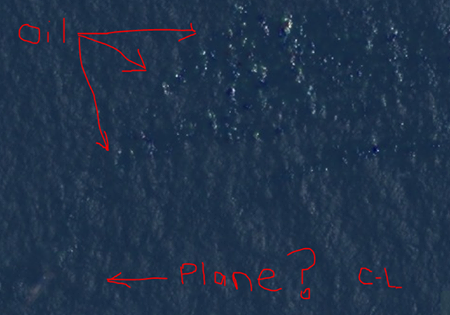 This isn’t the first time Love has ventured into the deep web to hunt for clues. Early on in her Twitter feed, she claimed that strangers had drained her bank account by using Kurt Cobain’s social security number, as well as hers and daughter Frances Bean’s, which she discovered somehow by searching for them online. She’s also a legal pioneer in the realm of Internet-related lawsuits, and became the first person to defend a tweet against libel in court after accusing her former attorney of bribery, eventually settling for $430,000. She was also just sued by a psychiatrist for failing to pay for services. While Love may be out on a limb, she is far from the only one recounting the facts and piecing together an imaginary narrative of what happened to the missing plane.

Is True Detective to blame for this rash of crowdsourced theorizing? Sure, there’s a colonialist neo-Gothic Tudor Revival estate turned luxury hotel named Carcosa Seri Negara in Kuala Lumpur, the city where flight MH370 originated, but just because the mind sees a bunch of seemingly related signs and wants to interpret them as a cohesive narrative does not mean one is there. People see what they want to see, unfortunately. Of course, there’s always an off chance Love could be right about the plane’s location. She has always been an expert at toggling seamlessly between batty rambling and expressing the very profound. Just call her Rust Hole.