News broke over the weekend that perennially unmarried man George Clooney may now be engaged to English lawyer Amal Alamuddin. The two have been photographed in London, Los Angeles, and Washington D.C. Over the last 25 years, he has cultivated a persona as a socially conscious, aspirational Hollywood polymath with an attention to politics and a love for tequila, who also happens to date beautiful models. Usually his relationships are kept private, aside from perfunctory appearances. Does Alamuddin represent a paradigm shift in the Clooney tale, or should we have seen this one coming?

I. Started at the Bottom, Now They’re All Famous 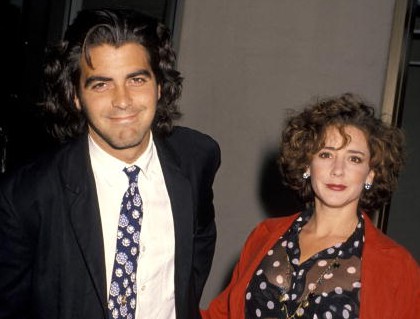 The George Clooney narrative has an ambiguous starting point. Historians will likely point to his three-year run on The Facts of Life from 1985 to 1987. It wasn’t his first TV appearance, but it did give him substantial visibility. The Facts of Life fact is a talking point for Clooney lovers to mention when trying to prove their bona fides, yet somehow one of his earliest girlfriends is not mentioned in the same breath. George Clooney dated Kelly Preston from 1987 to 1989, before she was a Scientologist in the clutches of John Travolta. The unofficial narrative usually points to his only marriage, to Talia Balsam, as the beginning of Clooney’s romantic odyssey. Their union was short: They wed in 1989 in Las Vegas, only to divorce three years later. The relationship previously fell in the “little known fact” category, but the popularity of Mad Men has changed that. Balsam has become well-known in some circles after playing the TV ex-wife of her real-life husband, silver fox John Slattery. 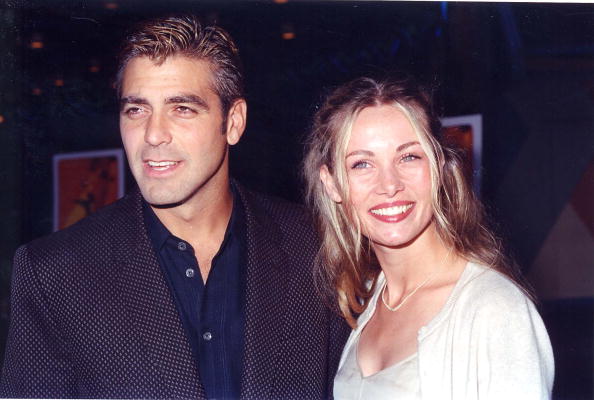 Following the failed marriage, Clooney’s star began to rise. He starred opposite Sela Ward as Detective James Falconer on the underappreciated Sisters for one season before his character was killed by a car bomb. He was quickly reincarnated on ER as righteous, reckless pediatrician Doug Ross. The newly divorced Clooney approached his rising celebrity as if he read a book on the topic: He spent the next decade dating a bevy of models-slash-actresses. According to the Telegraph, Clooney dated Kimberly Russell (met on a Martini commercial) and supermodel Vendela (short-lived) before he encountered three-year French girlfriend Celine Balitran. He met the actor/law student while he was filming The Peacemaker in Paris, and she moved to L.A. for him. It’s not too difficult to believe this relationship began in such a manner, because if we collectively close our eyes, how else would we imagine a rising Clooney meeting a woman? Of course he picked up a waitress in Paris. In retrospect, this relationship seems to foreshadow the Clooney reality we’re now living: The onetime TV doctor also has a love for law(yers). 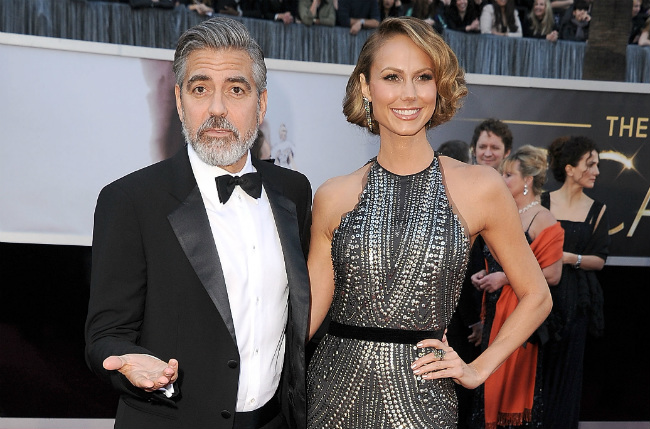 If the ’90s were a transitional time for Clooney, the aughts brought stability. As he broke free from the demanding schedule of (pre–Golden Age) television to assemble his Ocean’s crew, he settled into a consistent dating style. Clooney populated the first decade of the new millennium with a series of women we know primarily through red-carpet appearances. First there was on-again-off-again girlfriend of five years, Lisa Snowdon. The pair met on the set of a martini commercial. (How unoriginal, George.) She was followed by Las Vegas waitress Sarah Larson (2007-08), Italian model Elisabetta Canalis (2009-11), and wrestling personality Stacy Keibler (2011-13). While all these relationships were confirmed, details are scarce. This batch of ladies was far more visible than his ’90s girlfriends, because he was more famous and the rise of Internet gossip. The steady rotation — a new Clooney girlfriend on the scene seemingly every two years or so — seemed to confirm that he would be a bachelor forever. A 2013 profile from Esquire didn’t even mention Kiebler, though it does mention Clooney’s disdain for fellow playboy Leonardo DiCaprio. It never made sense to get too attached to anyone he dated. 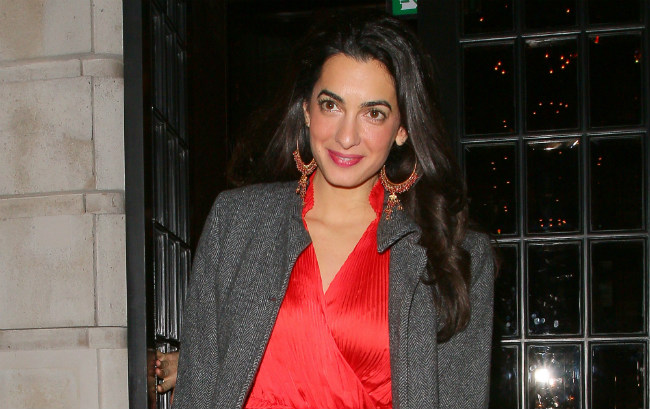 And now we have Amal Alamuddin. His history suggests she will not be around for long, but maybe the English barrister has reformed Clooney. She has law degrees from Oxford and New York University, she has represented Enron and WikiLeaks, and it was believable cover to say that when they were first spotted together, they were meeting to discuss drone activity in Syria. She has already met his business partners, Rande Gerber (Mr. Cindy Crawford) and Michael Meldman, as well as friends Matt Damon and John Krasinski. He even took her to a screening of The Monuments Men at the White House! Clooney has used his rising clout to make substantive movies like Good Night, and Good Luck and to address American politics while accepting an Oscar. Now he has chosen a partner who could participate in those endeavors. Cheers to the happy couple, however long it may last.