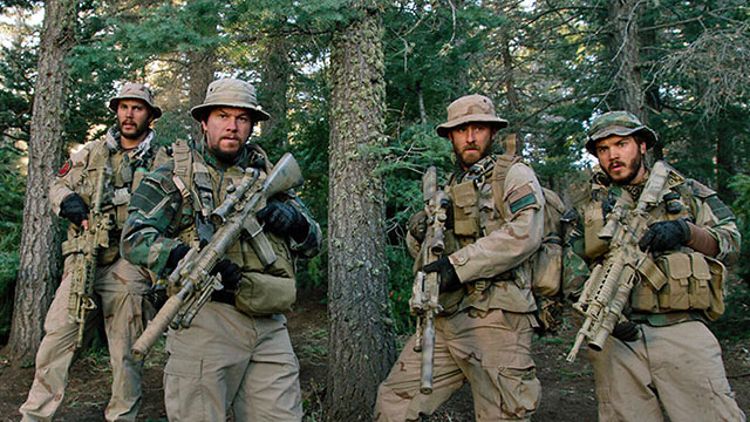 Either the movie stat experts are total assassins at what they do or new movies really are breaking old records all the time. Lone Survivor’s new claim to nerdy number-crunching fame is that the film starring Mark Wahlberg is the second-highest January opening of all time, behind 2008’s Cloverfield, which did $40.1 million in 2008. Not counting the Will Smith–led Hancock, Lone Survivor is director Peter Berg’s biggest opening ever, $13 million ahead of Battleship.

We’re getting to the point where there’s absolutely nothing new to say about Frozen’s unexpected triumph except “wow” and “this is some Titanic/Avatar stuff.” OK, well, there’s one more thing: Frozen’s soundtrack bumped Beyoncé’s Beyoncé out of the top spot on the Billboard 200 last week. That, like everything else concerning the commercial power of Frozen, is serious.

Preempting a Golden Globes upset in the Best Motion Picture: Comedy or Musical category at the hands of American Hustle, moviegoers voted with their wallets and kept Martin Scorsese’s latest a smidge ahead of David O. Russell’s. Third place is the highest that DiCaprio & Co. have ascended since Wolf‘s Christmas release.

$8.6 million worth of people wound up very excited — in that specific “Oooooh, I just saw that, she was sooo good, she deserved it!” way — to see Jennifer Lawrence and Amy Adams win in their respective Golden Globes acting categories on Sunday night. (And then ditto when Hustle scored its aforementioned victory for Best Motion Picture: Comedy or Musical.)

Right about now, I’d be scared to be the other Hercules movie coming this year, the one called Hercules. But then again, I’d be a movie starring The Rock, so I’d stop being scared and go resume being awesome. Meanwhile, Forbes writes that “from a domestic point-of-view, this one feels like a template for everything wrong with Hollywood thinking. There was exactly zero reason to think this would break out in America, but if it does overseas despite no buzz and no star power, it will be time to have another talk about how relevant America is to the global box office.”

Also notable: The Hobbit: The Desolation of Smaug is finally out of the top five, falling to sixth with $8 million. Spike Jonze’s Her got its wide release and earned $5.4 million in 1,729 theaters (the films in the top five are averaging closer to 2,700 theaters). Paranormal Activity: The Marked Ones, which came in second last weekend, fell to no. 9 with just $6.3 million.