Earlier in the month it was announced that Hollywood fauxteur/stubble enthusiast Brett Ratner would take on producing duties for the upcoming Academy Awards. This week came word that schticky Yankees fan Billy Crystal was interested in returning to the hosting job he abandoned eight years ago. For anyone who confidently assumed the Oscars could get no worse than this past year’s Franco-phile disaster, the following text messages — hacked using British ingenuity from Ratner’s iPhone — should lower your expectations well below sea level. 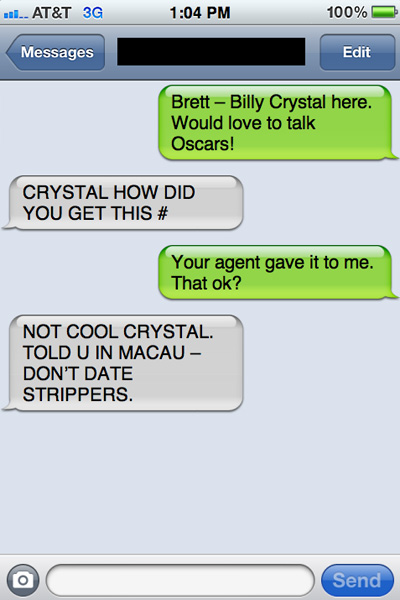 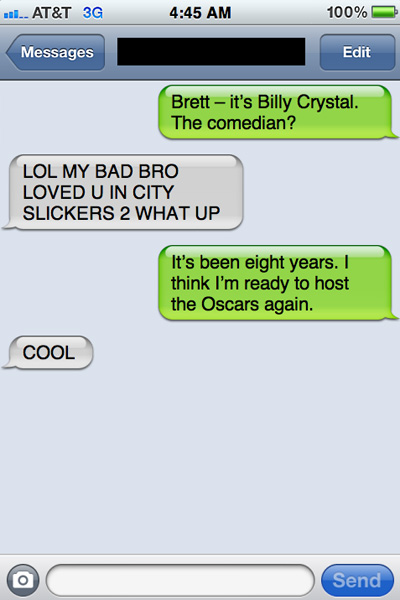 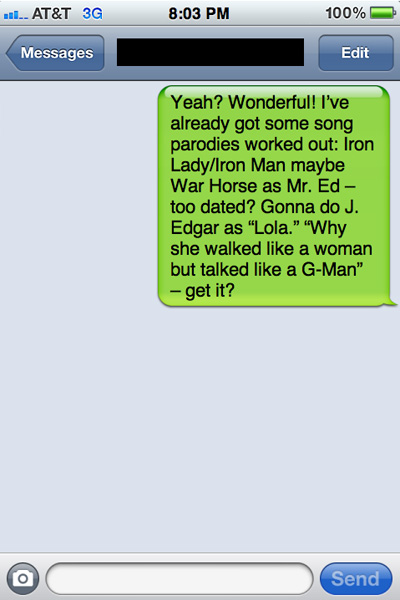 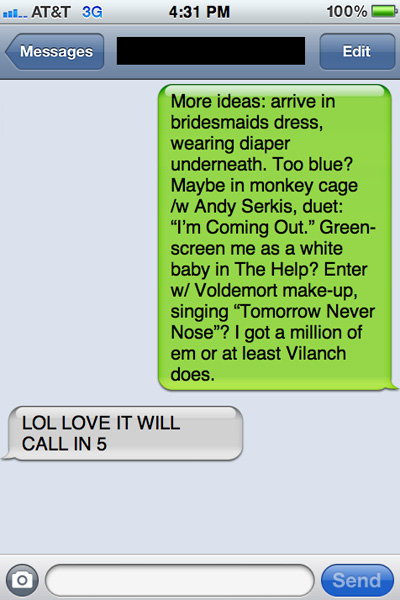 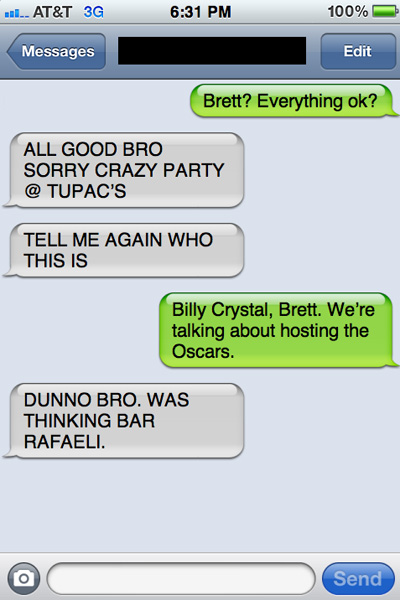 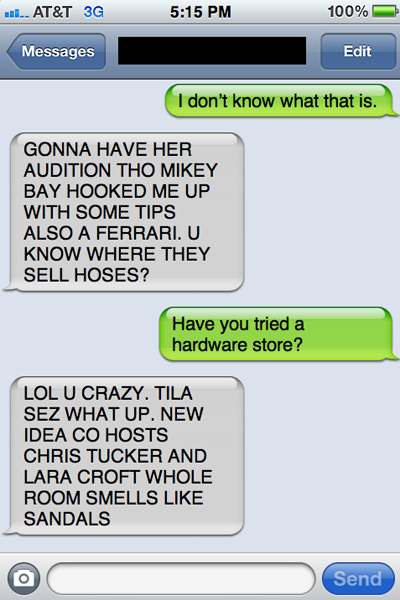 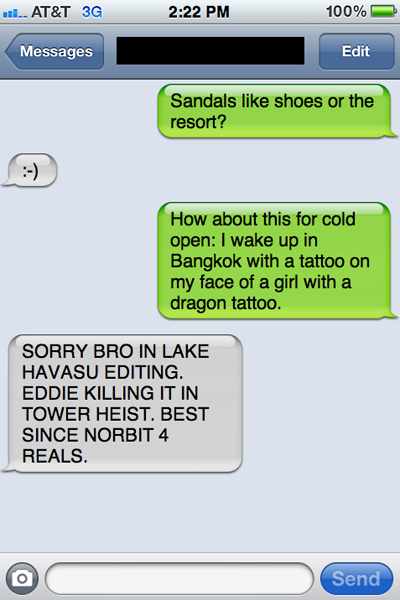 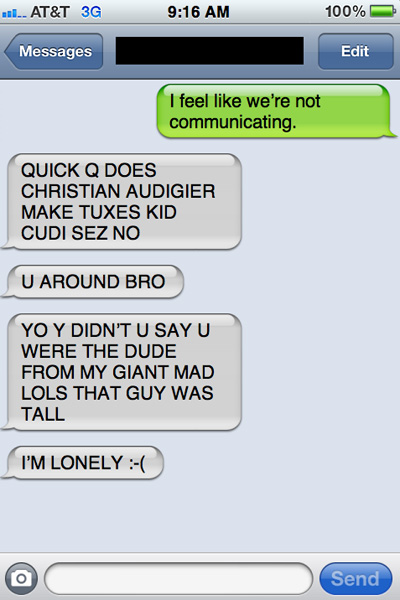