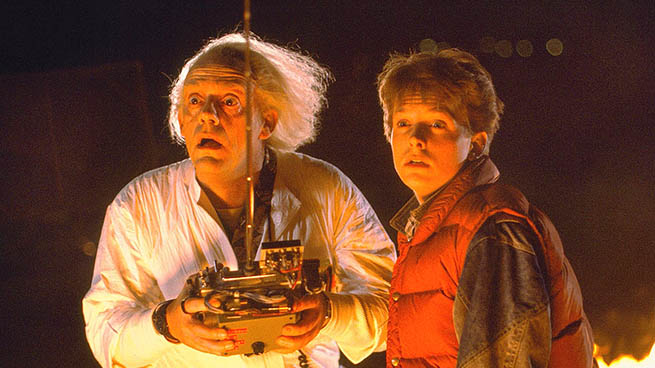 Series producer and screenwriter Bob Gale confirms it, folks: Back to the Future is being developed as a London West End musical, and Robert Zemeckis is cowriting the book. “The Power of Love” and “Johnny B. Goode” will show up alongside original music, and there shall be skateboarding. The show should premiere in 2015, which happens to be the year Back to the Future Part II first gave us a glimpse of.

André 3000’s Jimi Hendrix biopic, All Is by My Side, will premiere at SXSW in March.

Katy Perry is our first human with 50 million Twitter followers. (Bieber’s about 770,000 away. Gaga’s not even close.)

The Simpsons predicted this year’s Super Bowl back in 2005:

#thesimpsons predicted it! @SuperBowl forecast in the "Bonfire of the Manatees" (S17) episode from 2005. #SB48 pic.twitter.com/cEPfaQlRrM

Matthew McConaughey and Amy Adams have Inside the Actors Studio episodes coming in February.

Miley had some advice for the Biebs on The Tonight Show: “You’ve got a lot of money. Pay people to make sure you don’t get in trouble, and party at your house. Buy a house, and add a club to it.”

This lady has a knee that looks like Kanye West, your guess is as good as ours as to how anybody noticed it.

Tara Reid gets to keep acting!

And in case you missed it: There’s a version of Beyoncé’s Grammys performance of “Drunk in Love” set only to piano. It’s wonderful. Have a fun weekend, lovestruck drunkards.