Early adolescence is a purgatorial period when it comes to magic. For a few years between the death of Santa and the age of critical thinking, you become an amateur occultist, and you play Bloody Mary or Light as a Feather, Stiff as a Board to try to prove the existence of a world that adults stubbornly deny. When you heft your buddy’s 100-pound body into the air using only your fingertips (and any other fingertips attending the slumber party that night), or when you see the reflection of a corpse replace your own in a darkened powder room, it affirms everything you already knew to be true: There are inexplicable things in the world — scary things. You really saw what you remember seeing, but it was a trick of the mind: Enough people flexing their two strongest digits can lift a body, and if you stare at yourself long enough in the mirror, you might see your own deformed features, or even those of a stranger or deceased relative. You don’t attempt to prove these myths without knowing what will happen; you’ve been warned that the results will creep you out the door, but you do it anyway, because you’re 12. Maybe you even learn a lesson about failing to heed warnings in general, like Ralphie Parker with the air rifle. You may not have shot out your eye, but you could break your glasses (or so the comments under this post would lead you to believe).

The Internet is a skilled magician. Earlier this week, the story of a Chinese man stuck in South Korea after his 4-year-old had doodled all over his passport made web headlines despite its inherent fishiness. Last year we bought into all kinds of since-debunked nonsense, but you can’t eradicate lies on the Internet, because a large part of its infrastructure and appeal is that it’s a territory located between fantasyland and realityville. It has the capacity to bring us, as adults, back to those sleepovers where we thought we crossed over to the netherworld at midnight, just before Andrea passed out and we drew dicks all over her face. We’re still drawn to the mysterious and scary, it just takes a little more work — and crowdsourcing — to get there. Folklore passed down by word of mouth invokes skepticism, but a legend that gathers steam by word of web is more convincing. Sarcasm is mistaken for sincerity, and art for evidence. That’s how two preteen girls from a Milkwaukee suburb became convinced of the existence of the Slender Man. It’s also the prologue to the story of how they attempted murder in the name of a meme.

The Slender Man (or Slenderman) was conceived in 2009 on the Something Awful forums. In an effort to hoax paranormal enthusiasts, users inserted apparitions into photographs to disseminate as evidence of ghosts, and one — created by a poster who referred to himself as Victor Surge — took on its own life. The figure was a featureless, long-armed man in formal wear, and soon he was popping up on 4chan and DeviantArt, and inspiring video games, terrible song tributes, web series — one of which, Marble Hornets, is becoming a feature film — and fiction on the Creepypasta Wiki, a user-generated scary-story database, where tales about him became, in the words of one of the site’s administrators, “absurdly popular.” Everything about him is as vague as his blank face: He stalks children, but maybe he just stalks everyone; he stuns his victims with his tentacle-like arms, but what he does with them afterward isn’t exactly clear. That made him the perfect subject on whom to riff, because he could embody whatever scared you the most. 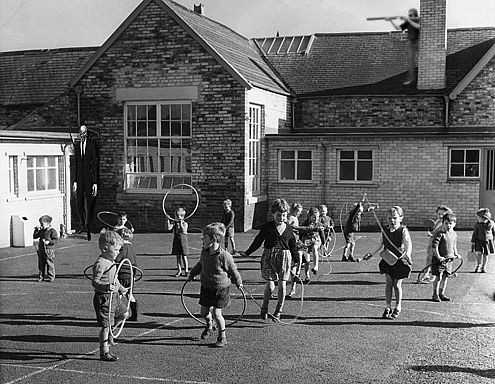 In a year-old post that now seems ominously prescient, the Daily Dot wrote that “Slender Man can be viewed as a manifestation of what scares us most in the digital age. In his presentation as a pseudo-realistic, heavily documented figure, he underscores how unreliable online information is, how detached we’ve become from reality, and how much the Internet and the tangible world have begun to overlap.” After 12-year-olds Morgan Geyser and Anissa Weier discovered Slender Man on the Creepypasta Wiki, they experienced a perverse and strange overlap of those two worlds, and on Saturday they stabbed their friend 19 times and left her in the woods to prove their dedication to the long-armed fabrication. They also did it in order to prove to skeptics that he existed at all. They planned to retreat to the Slender Man’s mansion (supposedly located in a national forest) after they’d carried out the deed, and though Geyser admitted to never having seen the Slender Man, she told a detective that he could “read minds and teleport,” and that he had threatened to kill the two girls’ families unless they claimed a victim for him. The victim is stable, but Geyser and Weier were charged, as adults, with attempted first-degree intentional homicide and now each face up to 65 years in prison. 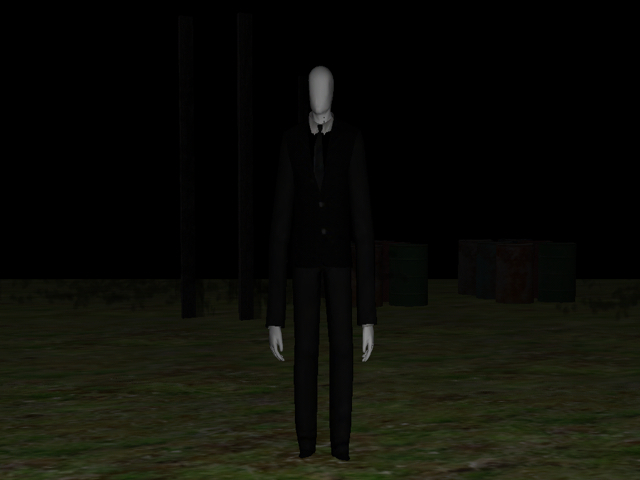 The Creepypasta administrators have responded to the crime here and here, rightfully reminding us that “it’s hard to justify pinning blame on an entire genre of writing […] We cater to people who find interest in the paranormal and all the weird and creepy things that exist in the universe, but I believe placing blame solely on an interest in reading/writing about horror, paranormal, myths, urban legends, etc for a tragedy would be off the mark.” In 2012, a Texas teenager stabbed his friend and classmate after a Ouija board session gone awry (a police spokesman stated at the time that “sometimes it’s harder for [adolescents] to separate reality from fiction” and that the perpetrator “actually believed what the Ouija board advised him”). The Ouija board death toll is not insubstantial. 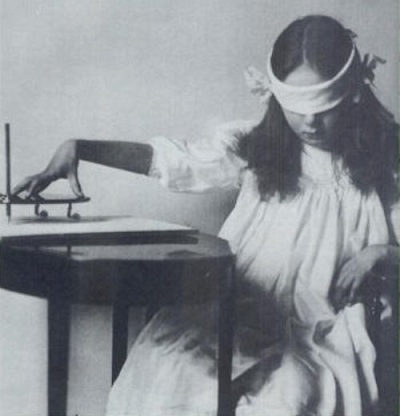 The best scary stories have their roots in some kind of truth, be it scientific, historical, or emotional. The Slender Man never required you to assist in someone’s feat of levitation or focus your eyes on your own face for so long that you actually saw a figment of your own imagination in its place. He’s the ghoul that proves himself, a Chinese passport or viral chain letter that feeds on our belief in him — without it, any demon becomes impotent. We grow out of the habit of summoning evil recreationally once it appears more frequently and mundanely in our adult lives, and we need it less as we see how fearsome the world actually is. When you’re 12, however, the doors to your nightmares swing open at the lightest touch. They may look like cardboard rectangles (marked with the words “yes,” “no,” and “good-bye”), mirrors, or even just a glowing screen, and once you step through them, you don’t know what kind of darkness you’ll find. Whatever it is, it was probably there all along, a spindly and untrustworthy figure in the background, just waiting to step into frame.