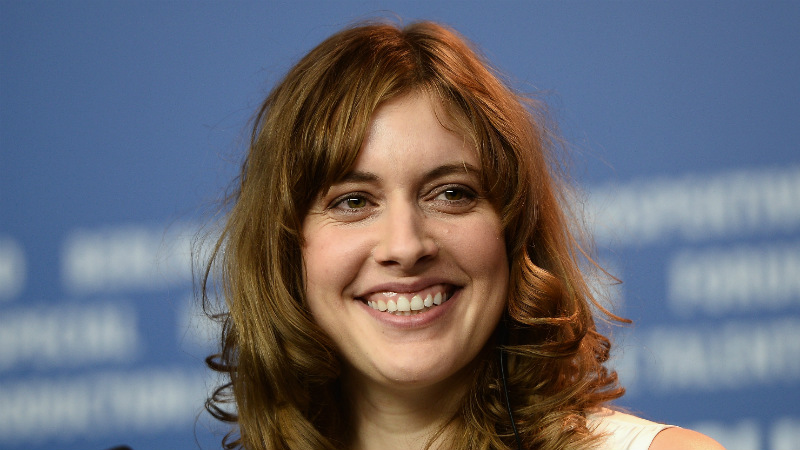 On Tuesday night, the lead for How I Met Your Dad, CBS’s previously announced spinoff of How I Met Your Mother, was revealed. And it was Greta Gerwig. And everyone went WAIT, WHAT? That Gerwig would continue to get more famous seemed assured: Last year’s delightful indie Frances Ha, which she starred in and cowrote with her man Noah Baumbach, was a breakthrough moment, and it cemented her as mumblecore’s greatest-ever gift to mainstream pop culture (sorry, Mark Duplass). But that she’d continue to get more famous via a CBS spinoff sitcom? I don’t think anyone saw that coming.

As THR reports, HIMYD will take the basic concept of HIMYM — dude tells children inappropriate tales of his days looking for love with his pals in NYC — and give it a female voice at the center. HIMYM’s co-creators, Carter Bays and Craig Thomas, will be executive producing alongside Emily Spivey, of both SNL and the not-long-for-this world Up All Night. Gerwig will play “Sally, a female Peter Pan who never has grown up,” and who’s on the verge of breaking up with her husband of less than one year. “Sally will find a solid circle of support in her friends and family, who often are too willing to give ‘good’ advice that can backfire badly. Meanwhile, Sally must filter out the input and decide what’s best for her.”

On Twitter, some folks were almost going as far as calling Gerwig — children under 17, you might have to go look this phrase up — a “sellout.” And while overheated, that’s understandable: If you loved Frances Ha, have found Gerwig generally charming and winsome for years, and were rooting for her cinematic ascendance to continue apace — well, a potentially long-running major network sitcom certainly cuts into those plans. The issue isn’t that it’s TV: If this were a Netflix or Showtime series — both of which would presumably have shorter episode orders — no one would care. Basically, the Gerwigamaniacs are concerned she’ll be (sort of like HIMYM’s Jason Segel before her) stuck for years on unworthy material.

Which is where we point out that if you only know How I Met Your Mother as a hacky sitcom, you’re not entirely correct. While general consensus seems to be that it has grown a bit stale in the latter part of its nine-year-run, there was a time, early on, when TV critics were downright unashamed to declare this a funny, innovative series full of heart. I’ll admit that I tuned out years ago (and that various check-ins seem to indicate that certain running jokes have been dragged limping back, over and over, like a sickly camel). But I do remember that, at its best — like with the deep dark secrets of Robin Sparkles — this show could touch the inspired zaniness of, say, 30 Rock. And I’ll go so far as to argue that, if it had been prematurely canceled after, ehh, three-and-a-half to four seasons, it might have even cracked the TV-nerd gone-too-soon canon. For TV shows, sticking around is never that good of an idea. Much like our dude DJ Khaled, HIMYM has been #sufferingfromsuccess.

In other words: Let’s maybe not freak out that Gerwig is doing a CBS sitcom. Signs of promise: Although the pilot is filming in L.A., the show, if picked up, will move to New York (unlike HIMYM, which always shot on sets); also, Gerwig won’t only star, but produce and write as well. And, finally: It’ll be Greta Gerwig! Every week on TV! Let the Mosby-ification begin.