When last night’s episode of Empire started, I thought I might have missed a week; Cookie had already uncovered Anika’s defection to Creedmoor Records thanks to Porsha (who I feel like I haven’t seen in two or three episodes). She tells Lucious, which ends his engagement to Anika and wipes out a plot element that had been so important just a few weeks ago. In the aftermath of this revelation, Billy Baretti starts some kind of “war” between Empire and Creedmoor that I barely understand. These story elements were all rolled out in about 10 minutes of screen time. Compare that to the episode of Better Call Saul in which we have to watch an old lady divvy up her porcelain doll collection for what felt like an hour. 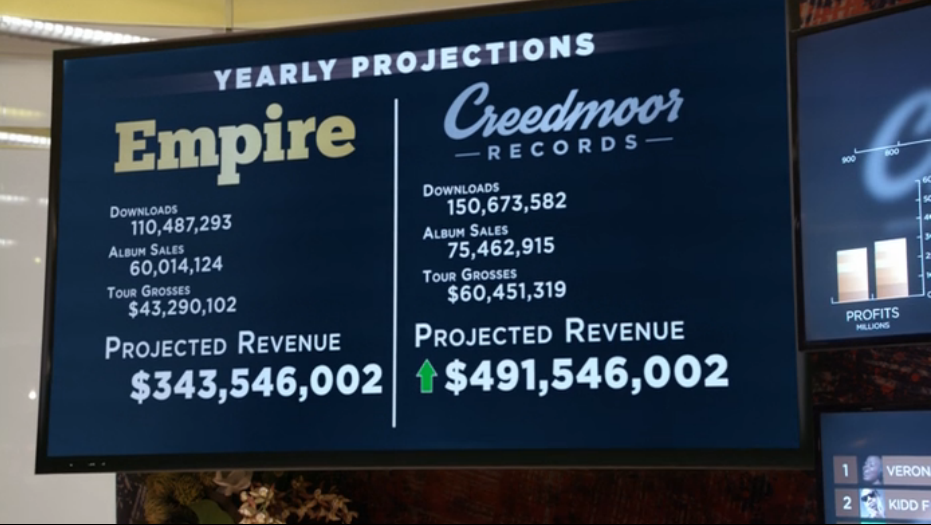 The expository info dump doesn’t end there. Lucious gathers the entire cast of the show in the conference room to explain what the rest of the episode is going to be about. The company has 24 hours to “assure these streets that Empire is stronger than it’s ever been before” and that they can take any artist they want and keep the artists they already have. Why 24 hours? Will there be a Jack Bauer cameo next week? Is there a bomb I don’t know about that will go off if Empire loses its street cred? Will Cookie’s Escalade turn back into a pumpkin?

Speaking of bombs, Hakeem tells Lucious that he can “score some C4 and burn Creedmoor to the ground.” That’s his grand plan: to blow up a building. With people in it. Mass murder. That’s his solution. Lucious rewards Hakeem’s brilliant strategic thinking by informing him that he’ll be the one to take over the company after he dies and that he’s been secretly grooming him this entire time, proving once again that Hakeem and Lucious share more than just musical talent. They’re also both very stupid.

I guess killing a bunch of innocent bystanders in a fiery explosion sounds logical compared to some of the shit Andre says later on in the episode1 so I’m going to let that slide.

As an aside, are we supposed to think Andre is doing cocaine instead of taking his meds? All that sniffing he did in his first scene seemed very deliberate.

Lucious skips the homicide gambit and chooses to use a lighter touch than his maniacal, bloodthirsty children. Cookie, Hakeem, Jamal, and Andre have to play what looks like an elaborate game of hip-hop Pokémon against Anika and Baretti. Whoever can trap as many rappers into draconian contracts that bleed them dry of album sales, merchandising revenue, and publishing royalties is the winner … I think. Like I said, I’m still pretty hazy on all of this. 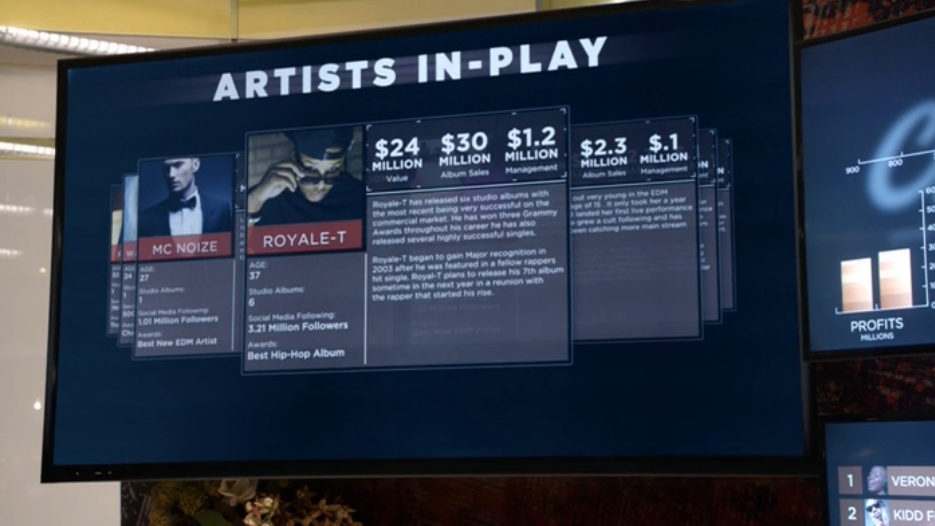 To execute this story line, the writers of Empire had to invent a load of fictional musical acts for our principal characters to chase after. The two most important fake artists in this war are named Royale-T and Travie Wild. We didn’t learn anything substantial about them from the actual story, save for a few choice details here and there. Royale-T drinks lean while recording and hates gay people. Travie Wild partied with Hakeem in Belize a few months ago. Not much to go on, but the video game character select screens that kept playing in the conference room can tell us a lot about our fake chart-toppers.

Royale-T won the award for “Best Hip-Hop Album” at … some awards show. The Grammys? His bio says he’s won three Grammys, but that sidebar lists only one award. Maybe that award was from another show? I guess I’ll have to wait until the Royale-T trade paperback comes out to learn more about his mysterious backstory.

Also, and this is a direct quote, “Royale-T began to gain Major recognition in 2003 after he was featured in a fellow rappers [sic] hit single. Royale-T plans to release his 7th album sometime in the next year in a reunion with the rapper that started his rise.” I hope that he performs his hit single with his fellow rapper at the Unnamed Awards Show Program sometime in the next year! I’ll be sure to live-tweet it! 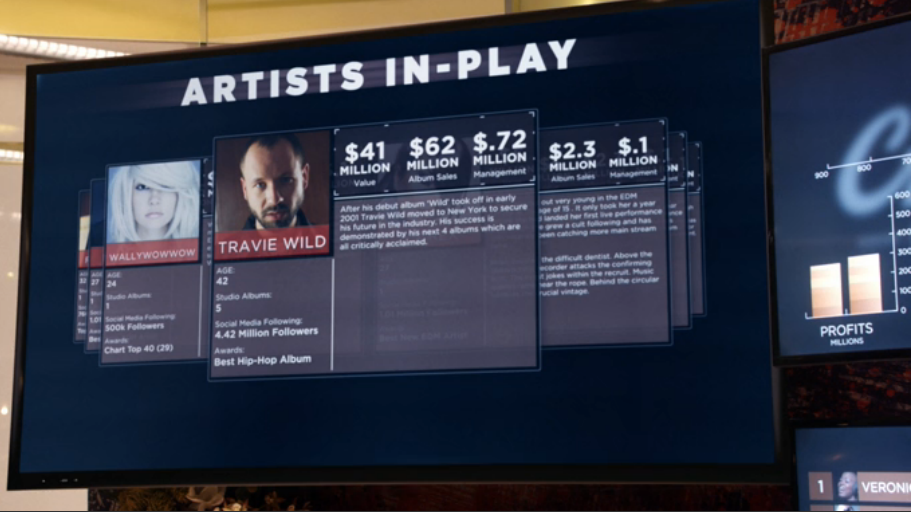 I also discovered that hard-partying Travie Wild is 42 years old — a bit long in the tooth to still be turning up in Belize with thumb-sucking Hakeem. How long can Travie stay wild before it starts to look sad? I’m 30, and I haven’t stayed up past 10 in three years. I once asked someone at Arby’s to turn the music down in their dining room because it was “too loud for me to think.” Maybe life is different for (fictional) famous people. If you smoke cigarettes and dress kinda like you’re European, you can DJ in Las Vegas forever and no one questions it — even if you have a receding hairline and Steve Buscemi eyes.

As you can tell from that brief synopsis, a lot of thought was put into the Empire Expanded Universe,2 which is why last night’s episode was populated with a whole galaxy of stars that I’m sure we’ll learn more about in Empire comic books, cartoons, spinoffs, and novels — or in the fan fiction I write in my spare time in which Cookie Lyon knows karate, owns a jet pack, and works for the CIA’s counterterrorism unit.3

Or EEU, for short. 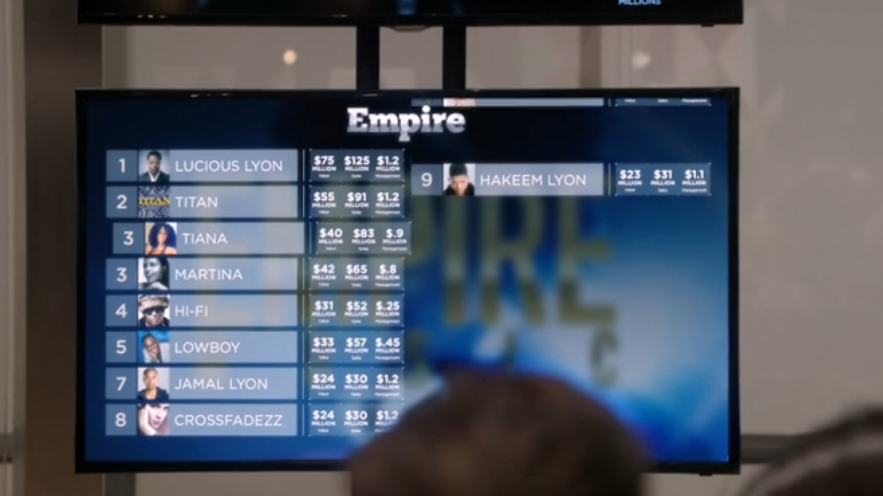 Here’s what we know about these new characters, one or more of whom are destined to break out and become fan favorites, like Boba Fett or Gunther from Friends: 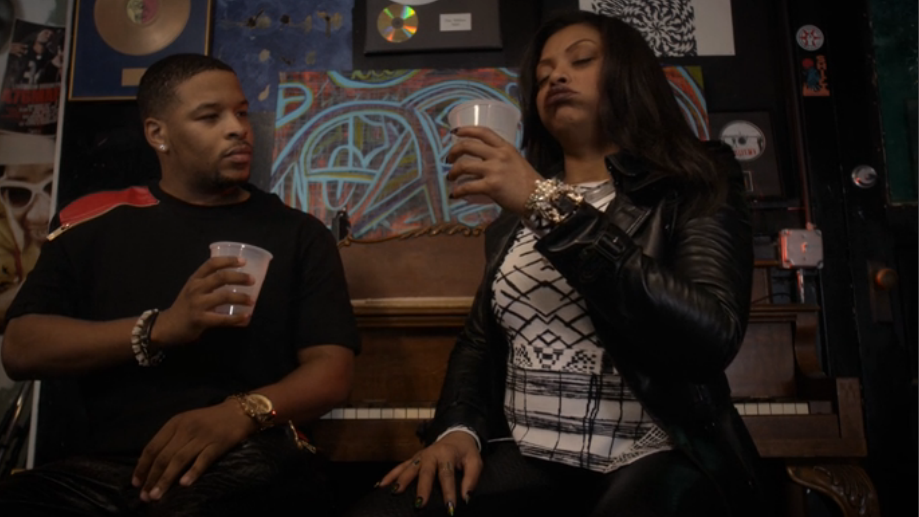