Ohhhh boy! It’s finally here! The trailer for Days of Future Past, the Generations of X-Men movies, where your O.G. cast and your hot young First Class cast band together to save the mutants of the future. My first thought is: Time has certainly passed. Do you realize that the first X-Men movie came out in 2000? Hugh Jackman has been playing Wolverine longer than most Bonds play Bond. My second thought is: DINKLAGE. My third thought is: Wow, they really got everyone back together for this, didn’t they? Famke, Halle, Anna, Shawn (Ashmore, duh, most dependably present Iceman ever) … yup, just about every original X-person. The whole gang. Literally everyone. 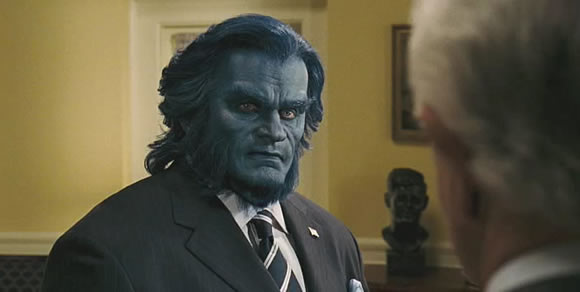 WHO is Young Beast Nicholas Hoult going to go to for guidance if it’s not the older, wiser version of Dr. Hank “I’m Listening” McCoy? WHO will the Olds go to for all their science? It’s almost as if director Brian Singer does not want to acknowledge a casting decision that was made by Brett Ratner while he was busy making a bad Superman movie! (Not that one. The other one.)

This is bullshit. I’d say I will be seeing this movie with STRONG RESERVATIONS except I have a feeling that people who read the DOFP comics are going to fill me in with a very logical reason why Old Beast is not making an appearance in this movie. Yup. Any minute now. Aaaand …