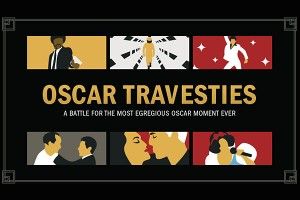 Affleck didn’t make our cut, either, but he seems to be doing pretty well for himself so far.

You’re not going to believe this, but the Grantland staff doesn’t know much about fashion. Incredible, we know. But somebody said, “Hey, remember when Björk wore a dead swan to the Grammys or whatever? That wasn’t great.” And someone else said, “It was a live peacock, it was the White House Correspondents Dinner, and it was James Carville.” And then someone Googled “bjork live peacock swan Grammys Oscars White House Carville dress red carpet,” and here we are, newly minted fashion experts, adjudicating an Icelandic pop star’s taste in fowl-inspired couture.

Oh, and we know even less about the dance numbers.

Crash won some Oscars. That’s insane! Have you seen that movie?