There has never been a moment in my life when I found myself watching a movie and wanting a sequel.

Has this ever happened to anyone? Are there people who sit in dark theaters and secretly hope the film they’re experiencing will essentially be sold to them again? It’s a bizarre aspiration, even when the original artifact is amazing. It’s a straightforward desire for something that isn’t wholly creative; it’s like wanting something new, but not remotely unknown; it’s a little like contacting an ex-girlfriend and asking if you could date her younger, louder sister. Yet sequels are the backbone of modern Hollywood. They’re the tentpole movies that make the rest of the industry solvent. They are the only projects that everyone understands immediately, and they succeed by pushing expectations in two different directions: They increase personal engagement (by giving the audience characters and ideas they already understand) while decreasing critical pressure (since everyone naturally assumes a sequel won’t be better than the film that precedes it). It makes commercial sense on every level. The only problem is that — outside of a few notable exceptions — they end up being terrible, terrible movies.

So we’re looking for the notable exceptions. 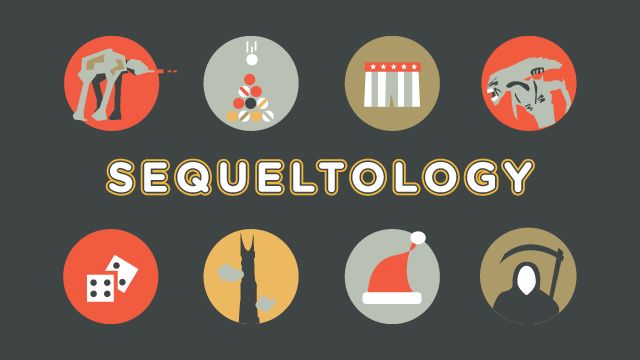 As part of Grantland’s ongoing attempt to answer all the questions no unhigh person has ever asked, we’re launching “Sequeltology,” an imaginary word that somehow explains this project impeccably. We are trying to isolate the greatest cinematic sequel ever made, based on your willingness to vote for whatever you believe to be true. At this point, I feel like the process is self-explanatory: Study the brackets. Follow your gut. Be true to yourself and live forever.

A few random notes before you begin …

Come at me, Ebert.