Back in mid-January, you might remember me writing a “Dr. Jack” breakdown of the undefeated Patriots and the ’86 Celtics, trying to figure out which team was greater and leading to hundreds of “You better not have jinxed the season!” e-mails. When the Pats blew Super Bowl XLII three weeks later, more than a few Boston fans blamed me, like my column had the opposite effect of “The Secret” or something. 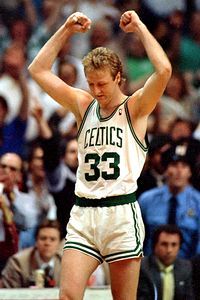 Can you really blame a writer for altering the outcome of a football game with a column? Of course not. It’s patently ridiculous. The truth is, I just picked the wrong Boston team for the breakdown — instead of comparing the ’08 Patriots to the ’86 Celtics, I should have used the ’08 Celtics. With the playoffs just three weeks away and KG, Pierce and the gang running on all cylinders like no Celtics team since Larry Bird’s heyday, it now seems like the optimal time to break this baby down “Dr. Jack” style.

(Just give us a few seconds while we revive my dad.)

Hey, what about an April Fools’ mailbag? Is that something you might be interested in? As always, these are actual e-mails from actual readers.


Q: Your stubborn insistence on writing basketball nonsense for months on end reminds me of when Pearl Jam made albums like “Binaural” to purposely drive fans away. The baseball season just started and have we been treated to an SG column about it? No! I’d even read a Red Sox column or a Tom Brady column just because it’s not a basketball column. You do realize the baseball season started right?
— Danny G., Kansas City, Mo.


SG: Fine, we’ll make it an April Fools’ mailbag with no basketball questions. (Frankly, any comparison of my hoops columns to “Binaural” is a wake-up call. I might never write about the NBA again.) Speaking of baseball, allow me one extended thought about the American League heading into the season. Why the American League and not both leagues? Because that’s the league in which I watch 162 Red Sox games a year and throw myself into my AL-only fantasy keeper league. I know the American League to the degree that when Leo Nunez pitched two scoreless innings in Detroit on Monday, my reaction wasn’t “Who the hell is Leo Nunez?” but “Why didn’t we start Nunez over Ian Kennedy this week when he was one of my big sleepers and Kennedy isn’t even starting until Saturday?” I am an AL junkie. And if it comes at the expense of following the National League, then so be it. I’m not going to apologize. There’s only so much time in the day. 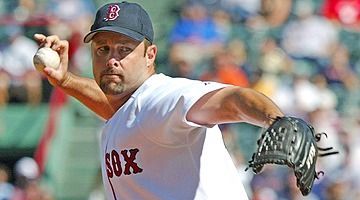