The Olympics have been building toward one moment. If you watch CNN, or listen to NPR, or read the New York Daily News, GQ, Maxim, ESPN.com, USA Today, Bleacher Report, Yahoo, New York magazine, Deadspin, People, Business Insider, the Los Angeles Times, the Taipei Times, the Herald Scotland, the Sunday Morning Herald, or Süddeutsche Zeitung — to name only a few outlets that have reported the news — then you’ve probably heard. The moment is nearly here. Tomorrow, Hubertus von Hohenlohe will debut his mariachi ski suit.

For those of you too busy watching biathlon to keep up with current events, a quick recap: Hubertus von Hohenlohe is a prince and a slalom skier. He is 55 years old. These are his sixth Olympic Games; his first were in 1984, before most of the skiers in Sochi were born. Hohenlohe represents Mexico, his birthplace, but he also has deep roots in Austria, Liechtenstein, Germany, Spain, Italy, and the Internet. His father, Alfonso (full name: Prince Alfonso Maximiliano Victorio Eugenio Alexandro Maria Pablo de la Santísima Trinidad y Todos los Santos), founded the legendary Marbella Club. His mother, Ira (Princess Virginia Carolina Theresa Pancrazia Galdina of Fürstenberg), is an heiress to the Fiat fortune. Hubertus has the easy tanned good looks of a disco king. He has rubbed elbows with Andy Warhol and David Bowie. He’s a photographer who takes pictures of half-naked female skiers. He’s a singer whose videos include “I Want Pop” and “Higher Than Mars.” He named his band Polaroid P — short for Polaroid Prince, an homage to his icon Warhol.

NBCOlympics.com called Hohenlohe “the most interesting man in the world,” and the description was repeated so many times in so many places that it’s now practically an official designation. His mariachi ski suit is his pièce de résistance. Well aware he has no chance of being declared the best skier in Sochi, he’s declared that his goal is to be the best dressed. The Lycra one-piece has the outlines of a bolero jacket, elaborate white “stitching,” two-dimensional tuxedo-shirt ruffles, and a two-dimensional red tie. It’s a cartoon.

This is part of why the Olympics are fun, right? We turn extraordinary people from humans into heroes. Still, I can’t help but think: Wouldn’t the Most Interesting Man in the World live a life not in two dimensions but in three, a life with light and shade?

Hubertus von Hohenlohe’s parents were married in Venice in 1955, when his mother was 15 years old, seven months shy of legal consent. The pope wrote a special dispensation. The wedding included 400 members of royal families and lasted 16 days.

Ira von Fürstenberg had been schooled in a convent. As a teenage bride, she found herself sitting next to Frank Sinatra at parties thrown in her honor. The first son, Kiko, was born when Ira was 16 years old. She had Hubertus less than three years later, in Mexico. Ira and Alfonso’s marriage did not last much longer than that. “What annoyed me about Alfonso was that he regarded me as a piece of property,” she would later tell the Daily Mail. “Once he’d got me, that was it and he could go off and do what he wanted.” So she started an affair with a rich Brazilian playboy, a man who was famous for saying, “I am a capitalist with women. I like to collect them.”

A custody battle over Hubertus and Kiko followed. It was a real battle, and it’s hard not to think that it would have been frightening for a child. It became gossip worldwide. “A divorce suit and custody fight almost broke into an armed attack when Mexican police picked up millionaire Brazilian playboy Francisco (Baby) Pignatari and a dozen bodyguards on the heavily fortified sixth floor of a Mexico City hotel,” read an item in the Milwaukee Journal in 1960. Ira was inside the hotel. The boys were living with her at that point; they may also have been there. “Pignatari, arrested on the complaint of the princess’s husband, Austrian Prince Alfonso Hohenlohe, was charged with adultery and resisting arrest … The princess said she was willing to give her husband a divorce but that she would fight his efforts to win custody of their small sons.” Alfonso withdrew adultery charges in exchange for custody and refused to let Ira see the children until she and Baby Pignatari broke up in 1963.

Ira tried to become an actress. She had parts in movies with titles like The Vatican Affair, My Bed Is Not for Sleeping, and Homo Eroticus. Rumor connected her, for some time, with Prince Rainier. Today, she designs jewelry, citing Fabergé as her inspiration. Now in her seventies, she has pillowy blonde hair and a radiant smile. “Ira von Furstenberg … the nomad, a citizen of the world and yet from nowhere,” her website reads. “Her only port call is action. Her only motivation: exception.”

Hubertus was 18 when his mother introduced him to Andy Warhol. Ira was an object of fascination to Warhol. So, it seems, was Hubertus. “Ira’s son was so handsome,” Warhol wrote in his diary afterward, “he had the slight kind of accent, just the right kind, like a kid that you would want to go out on a date with.”

After the divorce, Alfonso married another two times. He was a brilliant businessman and a high-society impresario. He didn’t just live a jet-set life; he helped invent the jet set. He was only a prince, but he was called the King of Clubs.

Marbella was the crown jewel, a place where European and Hollywood royalty — Sammy Davis Jr., Grace Kelly, various Bismarcks and Rothschilds — would flock. Eventually, Ira Fürstenberg would come too, because why not? Life is too short. Alfonso built other resorts — in the Philippines, the Arabian Gulf, Miami — and started other ventures. There was a Volkswagen franchise in Mexico, a Volvo franchise in Spain. When Marbella got seedy, he sold his shares. At the end of his life, he became a winemaker.

Hubertus was raised in Marbella, where the party never ended, and then in Austrian schools. He was miserable, he later said, at boarding school. But the mountains were there — and the example of Franz Klammer, the great and charismatic downhill champion. So Hubertus skied.

A few years ago, a documentary was made about Hubertus’s father and the Marbella Club. “A tribute to the vision of Prince Alfonso, this film is a rare glimpse into what only insiders know well as their little Arcadia of Spain; a venue for future generations to delight in for years to come,” the filmmakers described it. In his testimonial, though, Hubertus struck a slightly different note. “The film was great. A bit sad but … life is like this.” 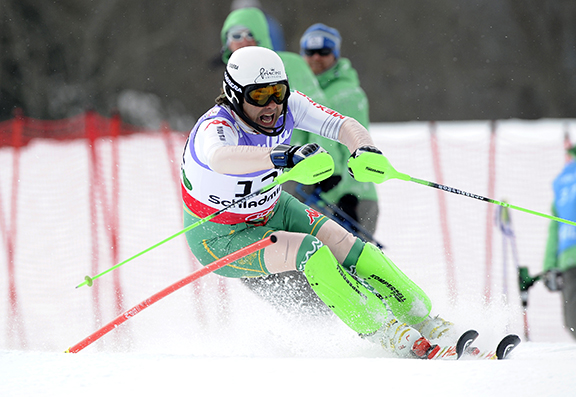 The way the Most Interesting Man in the World describes his life to the press is a parody of his parents’ wild exuberance and extravagance. The burlesque is harmless, even winking. But that’s not the only way his life might have gone. There is a tragic version.

Hubertus had a brother. Kiko von Hohenlohe had also been at the center of those fights, those custody battles. He’d also been at Marbella. He’d also met Andy Warhol, who “did” him for Interview, Warhol noted in his diary. Like Hubertus, Kiko never really had to work.

In 2006, Kiko went to Manila for a birthday party and then to Bangkok to attend a luxury weight-loss clinic. When his exit visa ran out, he tried changing the date with a pen. He was arrested, and sent to the Klongprem Central Prison. Hubertus went to Thailand to try to get him out. Hubertus found his brother, according to the Italian paper Corriere della Sera, in a cell with 40 inmates. About a week later, Kiko collapsed in jail and soon died.

A friend of Kiko’s told the Star Bulletin of Hawaii, where Kiko sometimes lived, that Kiko “lived in a different world — very courteous, very nice, without worries, kind of a character — unique nowadays, childish if you wish.”

The slalom is right for Hubertus von Hohenlohe — snazzy and flashy. But it is also hard. It takes quick feet and daring; it takes a determination to take a tough line.

Hubertus von Hohenlohe skies in a mariachi suit. Perhaps he wraps himself in press clippings après-ski. He has skied in more than 200 International Ski Federation races since his first in 1981. His best finish at the Olympics was in the slalom in Sarajevo; then, he finished 26th. Four years ago, he finished 78th in the giant slalom and 46th in the slalom. As often as not these days, he is disqualified or does not finish.

Still, he has been a skier for a long time now. He has seen all conditions. So he has skied in sticky snow and over scrims of ice, and in snow that’s soft in the sun and treacherous in shade, and in heavy snowfalls and on slopes buried in light powder. He trains and falls; he’s known pain. He’s had a broken leg, a broken hand, hurt knees. He’s stood alone on the precipice in bad weather, when it’s impossible to tell the snow from the pearly white light. He has been in all conditions.