It’s always the bad boys, isn’t it? I personally imagine that when Newcastle reps open their mouths to communicate with Andy Carroll, they start singing in the voice of Adele.

I see you, North London.

During which horrific stadium management and criminally negligent policing led to 94 Liverpool fans being crushed to death, with two more dying later in the hospital.

In which a group of Liverpool hooligans charged a group of Juventus fans; the fleeing Juventus fans ran into a retaining wall, which collapsed, leading to the deaths of 39 soccer fans.

All English clubs! Can you imagine? It’s like if the NCAA got so fed up with Nick Saban that it banned the entire SEC from playing out of conference. (Not an unreasonable move, by the way.)

Re: “You’ll Never Walk Alone.” I am aware that other clubs also sing this, and that there is considerable disagreeement over who stole it from whom, who is a legitimate Rodgers and Hammerstein singer and who is a disgusting poseur, and so on. The fact remains that with the possible exception of Celtic fans, nobody sings it the way they sing it at Anfield, i.e., as if they carry their emotions around in a thermos and are now pouring them out.

Twenty-two years without a domestic league title, and counting.

Probably not his fault! Still just about the worst conceivable look, however.

I mean, speaking of overcoming barren years of failure and recapturing once-expected glories. 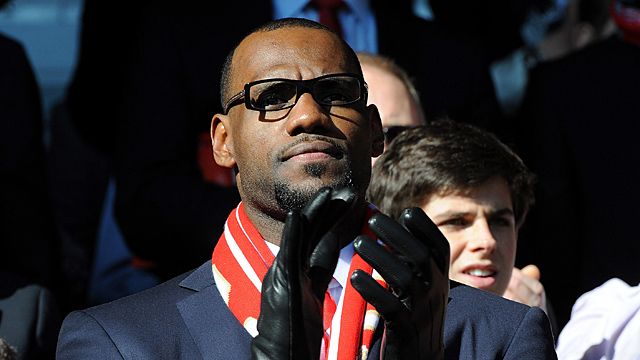 He of the deliberate, match-saving handball against Ghana in the 2010 World Cup, the current world-record holder for “soccer event most likely to produce an annoying debate in a bar.”

Or at least Peter Crouch.