Amazingly, the offensive coordinator for the Giants was fellow future legend Vince Lombardi. Talk about coaching talent on one team. 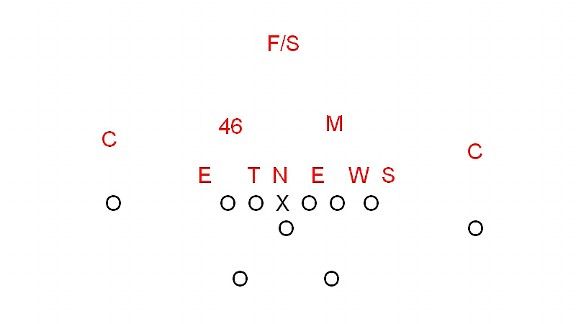 Although the 46 defense was popular in college as well as pro football, the best NCAA analogue for the rise of a dominant defense and its subsequent fall from grace is Dick Tomey’s “Desert Swarm.” Tomey used the Swarm to obliterate offenses for the University of Arizona in the mid-1990s. The defense was a “double-eagle flex,” which meant that it was a true eight-man front. Most of the offensive linemen were “covered up” by defenders directly across from them, while one defensive lineman was “flexed” and lined up off the ball. Although the defense still has its adherents, the rise of multi-receiver spread formations (particularly the running game used in such formations) has made it difficult to use the Desert Swarm on every down. But against any traditional, two-back offensive formation, the Swarm is almost impossible to block. 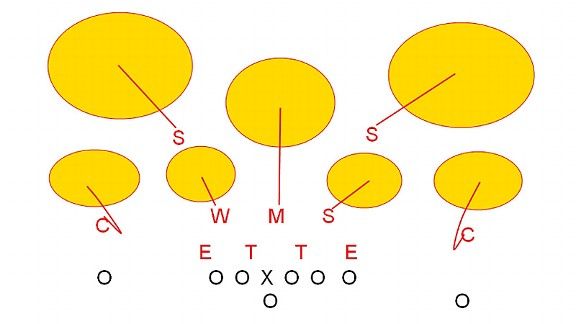 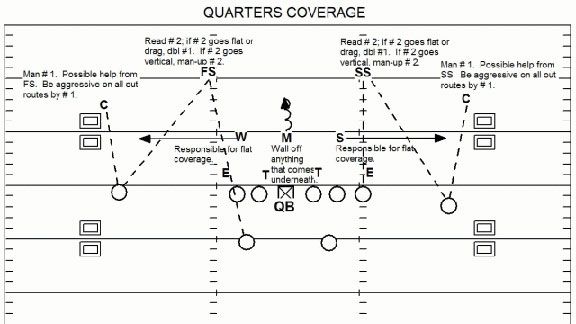 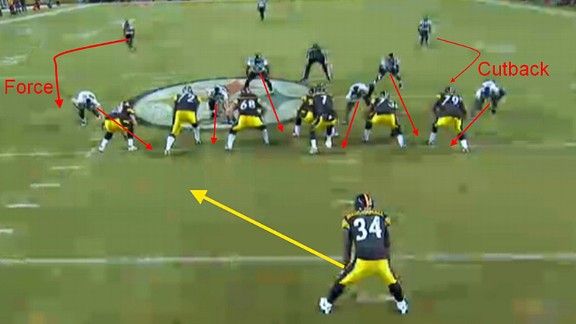