Fierstein makes his reasons plain in the opening sentence, writing, “Russia’s president, Vladimir V. Putin, has declared war on homosexuals.” There is ample evidence that this is far from hyperbole. Putin and Russia’s legislators seem set on criminalizing every aspect of gay life throughout the country. The Russian Duma (their Parliament) recently voted 436-0 in favor of banning “propaganda for non-traditional sexual relations.” This law is so broad that it threatens prison time for anyone who acknowledges the mere existence of LGBT people in any public forum such as the Internet, a classroom, or even a street corner. Putin also signed a law banning the adoption of Russian children not only by gay couples, but by any single people or unmarried couples who reside in a country where marriage equality is on the books. And he still wasn’t done. The man our previous president lovingly nicknamed “Pootie Poot” (wish I were kidding) also approved legislation that hands out two-week jail sentences for any tourist suspected of being gay. (Four Dutch tourists were in fact recently arrested for “suspicion of promoting homosexuality to children.”)

This spate of legislation is seen by many as connected to a string of brutal beatings and several grisly murders. The government doesn’t track antigay hate crimes, but in one poll, 15 percent of LGBT people in Russia said they had been physically assaulted for being gay in the past 10 months.

Harvey Fierstein pointed out that lawmakers have threatened Olympic competitors as well as fans “suspected of being gay” with arrest.1 He then compared Putin’s Russia to Nazi Germany, writing, “The Olympic Committee must demand the retraction of these laws under threat of boycott. In 1936 the world attended the Olympics in Germany. Few participants said a word about Hitler’s campaign against the Jews. Supporters of that decision point proudly to the triumph of Jesse Owens, while I point with dread to the Holocaust and world war. There is a price for tolerating intolerance.”

Fierstein isn’t just in the land of conjecture here. Vitaly Milonov, cosponsor of the antigay “nontraditional relationships” bill, said that arrests will come if the “ban” is violated. He also says, regarding the broader law, “Having spoken with many American politicians, I understand that they support the stance I’ve taken on this issue.”

Fierstein’s call to boycott has some support inside Russia. Twenty-three Russian LGBT activists put out a statement this week, writing, “International support is essential for the survival of Russia’s LGBT community right now … Vladimir Putin’s regime will not get away with antigay violence. We speak out in favor of boycotting Russian goods and companies and the Olympic Games in Sochi.”

There are other LGBT forces that believe calling for a boycott of the Winter Games would be a tactical mistake. Leading Russian LGBT activist Nikolai Alekseyev has instead announced the organizing of a Sochi Pride March to coincide with the opening of the Winter Games on February 7. Alekseyev has a particular credibility to call for a demonstration. His effort to open a Sochi Pride House during the Games — a resource center and safe space for LGBT athletes — was struck down by the Russian Justice Ministry.2 Alekseyev wrote, “[A pride march] will be much more effective [than a boycott] to draw attention to official homophobia in Russia all around the world and expose the hypocrisy of the International Olympic Committee … Vive Sochi Pride 2014!”

There were “Pride Houses” at the 2010 Winter Games in Vancouver and the 2012 Summer Games in London. When Russia disallowed Alekseyev’s efforts to open one in Sochi, the IOC did not say a word in his defense. 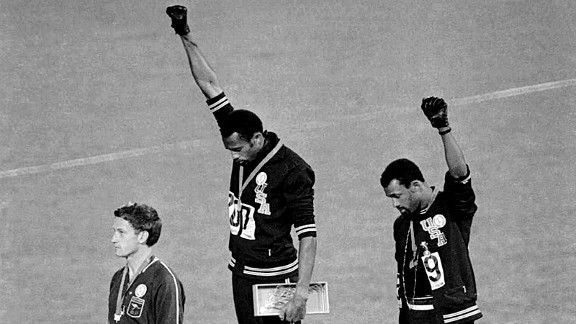 Whether or not there is a boycott, connecting Putin’s systematic attacks on LGBT people to the Sochi Olympics is a stroke of political genius. This isn’t only because it focuses international attention on an issue largely undiscussed in the mainstream press. Sochi could very well be the all-powerful Putin’s Achilles’ heel. These Winter Games, to be held for reasons that still make no sense in Sochi’s subtropical climate, are going to be more expensive than any other Games — summer or winter — in history. Due primarily to shady no-bid construction contracts for Putin’s business allies, $30 billion in public funds have simply disappeared. This isn’t an Olympics. It’s more like a heist. The almighty Putin is looking more with each passing day like this guy: attacking the LGBT community in a cheap effort to turn attention away from rampant corruption and growing inequality, symbolized sharply by what’s happening in Sochi.

But is a boycott the best way to stop the attacks? The call for the United States and other countries to withdraw will garner immediate sympathy from anyone repulsed by photos like these. Whether it would actually be effective is a far thornier question. In 1935, the United States Amateur Athletic Union did come within a whisper of boycotting the 1936 Olympics held in Nazi Berlin. Despite Jesse Owens’s brilliance and four gold medals, it’s hard to argue that it wouldn’t have been one hell of a stronger statement if the United States hadn’t legitimized Hitler’s regime with its presence.3

This is not just cheap hindsight. See Jeremy Schaap’s book Triumph: The Untold Story of Jesse Owens and Hitler’s Olympics. The position against attending was supported by the NAACP, the head of the Amateur Athletic Union, and even Jesse Owens himself said he wouldn’t disagree if that was how AAU voted. But the United States Olympic Committee — and future International Olympic Committee chief Avery Brundage, an avowed fascist sympathizer — visited Hitler and returned home with an account that everything was A-OK in Nazi Germany.

On the other hand, the decision by President Jimmy Carter and the United States to boycott the 1980 Moscow Summer Olympics in protest of the USSR’s invasion of Afghanistan is now universally reviled as Cold War posturing that accomplished nothing other than the denial of athletes the opportunity to compete and realize their dreams.

“The bottom line is, if you stay home, your message stays home with you. If you stand for justice and equality, you have an obligation to find the biggest possible megaphone to let your feelings be known. Don’t let your message be buried and don’t bury yourself.”

Johnny Weir, the openly gay USA figure skater who is married to a Russian man, is staunchly opposed to a boycott for the very reason that it would punish the athletes more than Russia, writing, “The fact that Russia is arresting my people, and openly hating a minority and violating Human Rights all over the place is heartbreaking and a travesty of international proportions, but I still will compete. There isn’t a police officer or a government that, should I qualify, could keep me from competing at the Olympics.”

It’s a strong statement. Unfortunately, it doesn’t encourage anyone to do anything or point a way forward for how LGBT athletes, fans, and allies can actually use the Olympics as a platform to fight back.

For the brave athlete-activists who want to pressure Putin, the best-case scenario was laid out by sex columnist Dan Savage, who wrote, “If there isn’t a boycott — if gay and pro-gay athletes compete at the Olympics in Sochi this winter — there must be a protest during the Sochi Olympics that is as powerful and indelible as Tommie Smith and John Carlos’s protest during the Mexico City Olympics. It should happen on the medal stand while the world watches.”

It’s a great point. Few remember today that there was an organized call to boycott the 1968 Games by African American athletes and their supporters. When the boycott fell apart, Lew Alcindor (Kareem!) boycotted the Games anyway. Tommie Smith and John Carlos took their protest to the medal stand. Whose political statement do we remember today?

I called John Carlos to get his thoughts on the boycott vs. protest debate.

“The bottom line is, if you stay home, your message stays home with you,” he said. “If you stand for justice and equality, you have an obligation to find the biggest possible megaphone to let your feelings be known. Don’t let your message be buried and don’t bury yourself. To be heard is to be greater than a boycott. Had we stayed home, we’d never have been heard from again.”

I pointed out to Dr. Carlos that he may be correct, but that this requires someone actually having the courage in Sochi to stand up and pay the price. You could lose your medal, get kicked out of Olympic Village, and after the spasm of media praise, find yourself a pariah in the long years ahead. He said to me, “Yes, it takes courage, but if you have a conviction that what you are doing is right, then you’re going to make the right move. Someone has to sacrifice if we are going to move forward. You might be forgiven in your lifetime; you might not. But if you’re in the right, your sacrifice will be appreciated.”

The USOC has already made clear4 that it won’t be boycotting the Sochi Games. The best way to shine as bright a light as possible on the political and physical attacks in Russia is to take the fight to Sochi, both on and off the field of play. After that happens — and I do believe it’s a matter of “when,” not “if” — we should organize a big panel in Greenwich Village with Harvey Fierstein, John Carlos, Tommie Smith, and whoever has the courage to use the Sochi stage to demand that the attacks stop. We can even invite Putin so he can meet the people he so casually demonizes. Just watch your rings.

In a comment to Grantland, Patrick Sandusky, chief communications and public affairs officer for the USOC, said, “The U.S. Olympic Committee is not considering a boycott of the Games in Russia. History has proven that the only people that are hurt by boycotts are the athletes that have worked their whole lives to participate in these Games.”