The reason for the obsession with men comprises different kinds of sexism that basically amounts to the institutional acceptance of sports being a masculine pursuit. The many, many women who play do so as Eves competing with Adam’s rib. But it’s also that for a man to be gay in sports is less than manly. The same is true for combat — but the military has a federal law that protects against that discriminatory perception. Professional sports has Dan Savage, Scott Fujita, Brendon Ayanbadejo, and Sean Avery. For women, the level of interest might be different if a star came out who was as conventionally beautiful as Elena Delle Donne and Skylar Diggins. 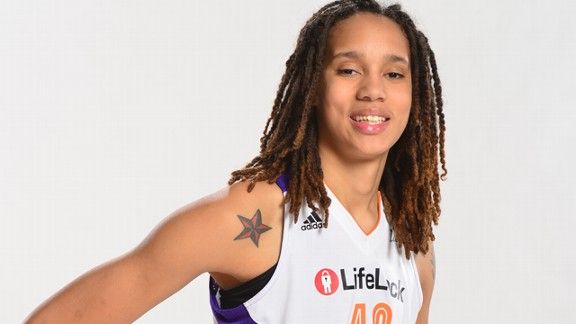