They’re currently three points ahead of Barcelona in the table, but a Barça win would give the title to the Catalan club thanks to its head-to-head record against Atlético.

Last season, Atleti finished third in the league and won the Copa del Rey — but third still meant 24 points behind Barça, and they lost one of the best strikers in the world, Radamel Falcao, to Monaco in the transfer season.

Overly Simplified History Korner: Early on during Franco’s rule, Atleti was kind of a company club through its association with the Spanish Air Force, but Franco’s subsequent use of Real’s glamour as propaganda gave Atlético an antiestablishment air that it hasn’t totally lost. There’s a faint right-wing/left-wing conflict that’s still traceable through the deep backstory of the rivalry, but the layers of the rivalry are too complicated now for that distinction to be of much use. More on this in a bit.

Translate that into Latin and put it on a shield with a ball-peen hammer and you’ve got the Defensive Midfielder’s Union letterhead crest. 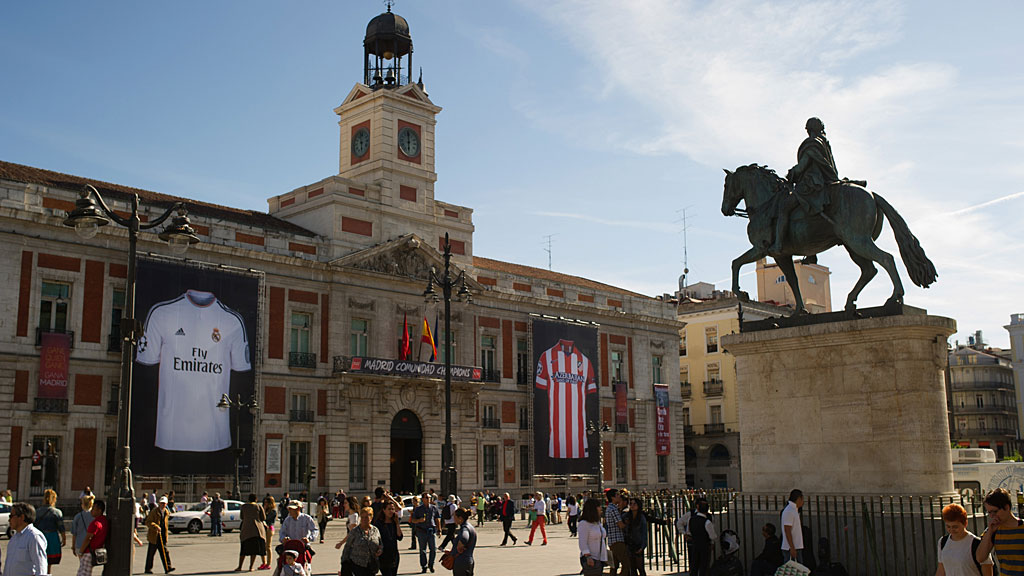 Particularly during the stretches when Costa has been injured.

Editor’s note: Oh yes he was.