When you support the Red Sox, you’re always learning new lessons about baseball and about life. And I mean, always. 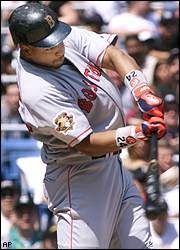 Those were some of the bigger lessons. I also learned a number of smaller lessons along the way: