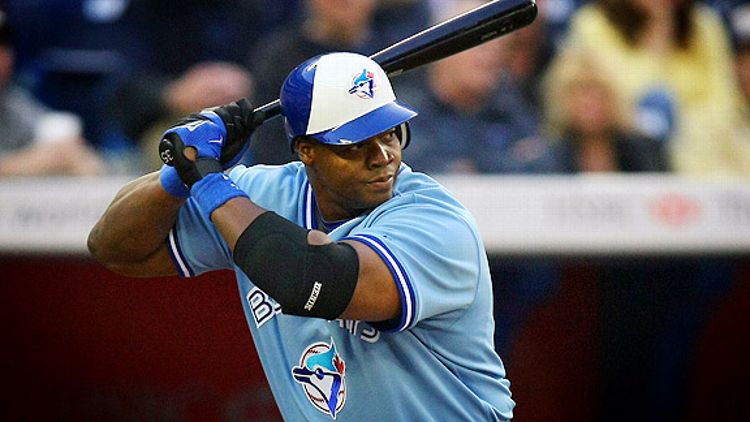 Baseball is a game of traditions. It comes as no surprise, then, that nearly four decades after it was adopted, the game and its fans still have not fully embraced the Designated Hitter rule. Most of us can recite in our sleep the traditionalist arguments against the DH — it creates halfway players, it reduces strategy, it’s not The Way Things Have Always Been. But those arguments are matters of taste. Other arguments against the DH — the havoc it creates with postseason and interleague play, especially in the age of the unbalanced schedule — are more a function of the rule existing in only one league. Still others, such as whether the DH rule contributes to the ever-diminishing workloads carried by frontline pitchers, remain open to debate; it’s hard to separate the evidence from other long-term trends in the game.

But let’s instead focus on another aspect of the DH rule: the practical effect of the rule on the game’s economic structure, and why the economic effects of the DH rule are precisely why we can neither get rid of it nor extend it to the National League.

A major league roster has 25 players, but the cost of those players is not evenly distributed, and neither is their impact on the team’s success. Most teams carry 11 or 12 pitchers, of whom five starters and perhaps three relievers will play critical roles. A National League roster has eight everyday players and a four- to six-man bench; in the American League, the DH means there’s one extra everyday player, generally at the expense of one bench job. Due in part to the expansion of bullpens, platooning is far rarer today than it was two decades ago, so there’s a wide gap in pay and playing time between true regulars and bench players. So, an NL team has about 16 crucial jobs, an AL team 17. But wait: A typical team will be able to fill about seven of those jobs with players who don’t have enough service time to demand high salaries. The reality is that adding another regular can take a team from nine to 10 jobs that truly require a major outlay of cash.

The numbers bear this out. The average AL payroll was $92.8 million from 2006 to 2010, while the average NL payroll was $80.1 million. If you look only at teams with winning records — working under the theory that those are the teams actually trying to spend enough money to compete and succeed — the disparity is even larger: The average winning AL team had a payroll of $108.4 million compared to $88.7 million in the NL. That’s a $20 million-a-year difference.

Is the DH rule to blame for this? It’s obviously not the only reason, but certainly it’s a contributing factor.

Over the same five-year period, the 14 American League teams employed something like a full-time DH in 57 out of 70 possible seasons. (“Full time” is defined here as 300 or more plate appearances with at least half the player’s games at DH.) The average salary of those players? $6.8 million. And that doesn’t include the cost of DHs who break down due to age or injury. Travis Hafner made more than $8 million in 2008, Ken Griffey $2.3 million in 2010, and neither made it to 300 plate appearances. Frank Thomas had a $12.5 million salary when he was with the Blue Jays in 2008, Pat Burrell was making $9 million from the Rays in 2010, Shea Hillenbrand $6 million from the Angels in 2007. All three were cut early in the year and were signed for a song by other teams.

The financial impact of the Designated Hitter rule also widens the gap between big- and small-market teams. Just compare the haves and have-nots: Over the same five seasons, the average AL team that finished .500 or worse had a payroll of $71.1 million, indistinguishable from the $72.0 million average in the NL but $37.3 million behind the winning teams, while the NL teams trailed the winners in their league by $17.6 million. Some of those American League teams kept their costs down by just giving up. Sure, a well-run small-market team can compete by filling roster spots with players who haven’t reached free agency yet and thus are paid below their market value. But the more roster spots there are to fill, the harder it is to use the farm system to keep up with the teams that are buying high-end veterans on the open market, especially the big sluggers who generally fill the ranks of DHs. The average age of the starting DHs in the AL over that period? 32.7 years old. Aside from Billy Butler on the 2007-08 Royals, no American League team employed a DH under the age of 25, and the only AL franchises to use a regular DH under age 29 were the Royals, Twins, Rays, and Blue Jays. And the DH gives roster flexibility to the biggest players in the free-agent market. The Yankees, for example, could move guys like Jason Giambi and Hideki Matsui there near the end of big contracts to make room for still more high-priced acquisitions.

The disparity in labor costs makes the National League more attractive to owners in the free-agency era. Two teams were added to the National League when Major League Baseball expanded in 1993, matching it with the American League. Then came the 1998 expansion and realignment. Tampa Bay and Arizona were added, and Commissioner Bud Selig managed to move the Brewers from the American League to the National League. The Rays and the Diamondbacks agreed that they could be shifted to another league without their consent, but when Selig floated a plan to realign them in 2001, the Rays expressed interest in going to the NL; the D-Backs, facing transfer to the AL, fought the plan. With another realignment scheme in the air this year, Astros owner Drayton McLane is singing the same tune.

Yet the same payroll considerations are why we are stuck with the DH. The MLB Players Association will fight tooth and nail to avoid losing those high-paying jobs, and, as was the case with steroid testing, owners seem to have higher priorities in the zero-sum negotiations with the union than fixing structural problems for the greater good of the game. In the case of the DH, the big-market AL teams have no financial incentive to reduce their competitive advantage, and the NL owners have no real stake in reducing the AL owners’ cost of doing business. Unless and until all the owners are willing to make financial concessions in other areas to bring an end to the DH rule in the AL, we’re stuck with it as is.