“It’s the fucking Catalina Wine Mixer!” screamed a middle-aged man in an oxford shirt as I entered the main lawn on which the first-ever official Catalina Wine Mixer was being held. “Pow!” someone screamed back as they passed. Yes. This would be where wings take dream, I thought.

The main lawn on which the mixer was held, about a half-mile away from where the ferries docked, past huts selling booze, food, and merch and overlooking the beach, resembled a frat party. Bearded men wearing captain’s hats and floaties do-si-doed from women in rompers to women in bikinis, hoping to catch an eye and perhaps say, “I’ve traveled 500 miles to give you my seed.”1 And surrounding the lawn were tents serving food and tequila and, yes, lots of wine.

All that most of them got out was “Pow!”

Meanwhile, at Catherine’s Terrace, a newly constructed suite that hosted the VIP section of the event, women wore heels and floppy hats, and a man in a white suit and turquoise T-shirt roamed, looking as though he were in the right place but the wrong movie.

“This is not at all what I pictured,” said Bruce, a burly man in all black, including a tuxedo tank with “It’s the F#cking Catalina Wine Mixer” on the back designed by his T-shirt company, Warlord Clothing. “This is a little bit more subdued, I think. But I’m thinking that once the night falls and [headliners] the Dan Band goes on, it’s going to turn into hell on earth and I think it’s going to be perfect.” Others, including sisters Candace and April, “were hoping that this was going to be more—” 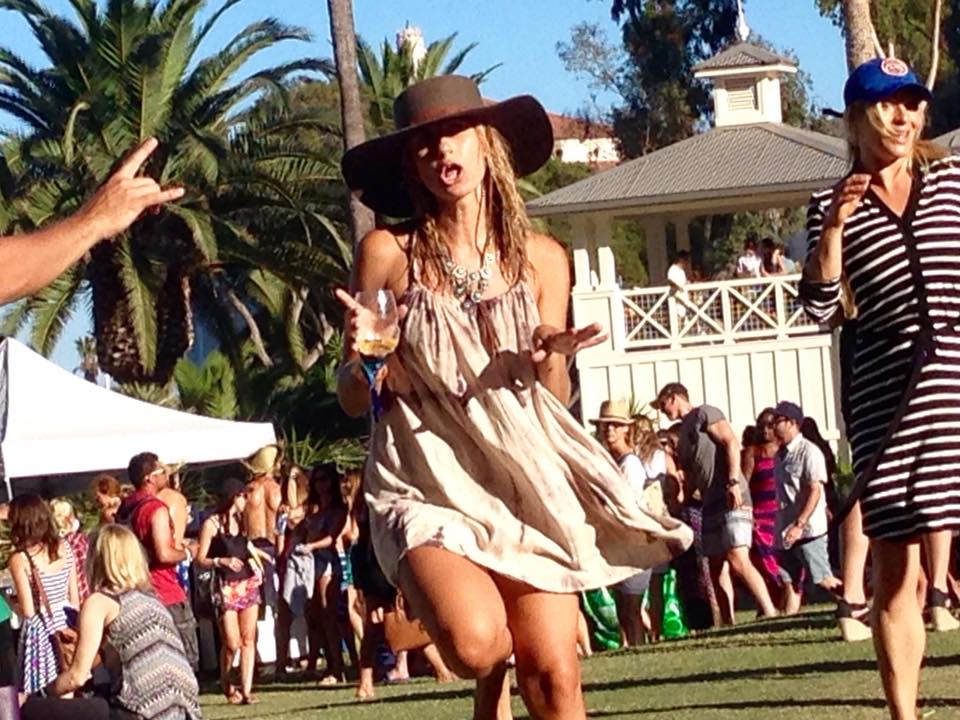 I had been feeling the same thing. This was not the place I had seen hundreds of times. This was Catalina Island, for sure, but it wasn’t the Catalina of Step Brothers’s cultishly beloved Catalina Wine Mixer. The actual fictional Catalina Wine Mixer was filmed back on the other side of the channel, on one of Donald Trump’s golf courses — with the exception of the scene in which Will Ferrell’s therapist lands on the island.

And what was this that I was hearing? “Wagon Wheel”? “Mr. Jones”? “American Girl”? Where was the ’80s Joel? Where was “Uptown Girl”? Who the fuck are Tom Solis and Adam Lasher?

More importantly, why was this happening for the first time in 2015, seven years after the movie was released?

“I think it’s always been something that we’ve wanted to do, and we joked for a long time, ‘Oh, we should do the Catalina Wine Mixer. We should do the Catalina Wine Mixer.’ And then with the team we have in place right now, we realized about a year ago that we could make it happen,” said Kristin Metcalfe, Santa Catalina Island Company’s director of communications. “So in August of 2014, we went to the U.S. Patent Department and decided to license the name. Nobody had it licensed. You would think that it’s one of the things someone would’ve done.”

The most likely someone would’ve been the film’s producers, which include Judd Apatow, Will Ferrell, and Adam McKay (none of whom played major roles in the event),2 or maybe the film’s studio backers at Sony.

McKay was the only person associated with the film who allegedly attended, but I didn’t see him.

Which also was disappointing, and strange, for many. “I can’t believe he’s not here,” said Jessica, a 29-year-old HR professional, referring to Ferrell. “He has to show up.”

I, like so many others, had had impossibly high hopes for the first official Catalina Wine Mixer. On the boat ride over, two fratty dudes wearing matching Prestige Worldwide T-shirts, and who were already crushing Coronas, enthusiastically said that they were looking forward to “buying a helicopter” and “boats and hoes,” respectively.

“You’re planning on buying a helicopter?” I asked.

“That’s why you go to the Catalina Wine Mixer,” Bro B deadpanned.

Others’ connection to the film, though, transcends the material. When I arrived, the MCs announced that a man had just successfully proposed to his girlfriend, and a pair of women I met explained that they had just had a “Did we just become best friends?” moment on the Monday before they found out that the event was happening.

The event sold out quickly, with close to 2,000 people, most of whom were young mainland professionals, eager to take a choppy, hour-long ferry ride — or a 20-minute helicopter ride — to Catalina on the first Sunday of football season and reconnect with the movie they love. Take, for instance, Sarah, a 26-year-old contract administrator at a health care company. She was initially drawn to her boyfriend when, as friends in college, they would reference the film. “My boyfriend and I, we were best friends, we didn’t really know each other that well, and then we started quoting Step Brothers back and forth— I was like, ‘This is why we’re here. We have to do this for our relationship.’”

But this, this exclusive gathering where Alpha Epsilon Pi’s backyard met a Catalina country club, this was not my dinosaur. For the entire afternoon there was the lingering feeling that something big was to come, that perhaps Brennan Huff would show up and sonically melt our hearts with that Fergie-Jesus hybrid voice of his, with Dale Doback pounding the drums and adding the requisite “boats and hoes.” 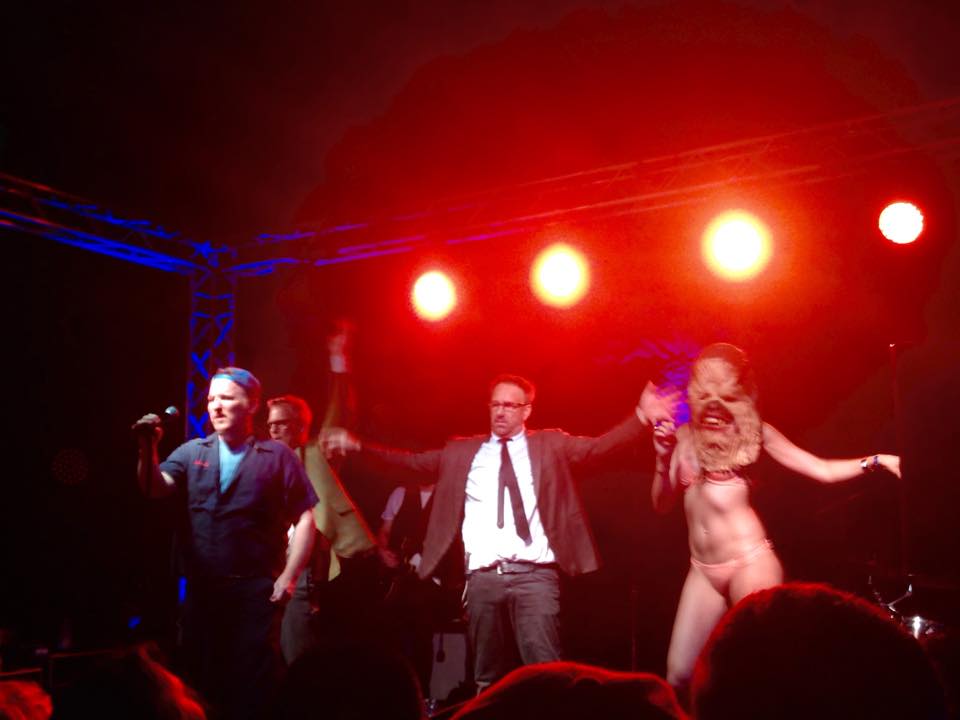 Truth be told, something big did happen.

“Oh my god, he’s actually doing it,” said Dan, of the first official Catalina Wine Mixer’s headlining Dan Band. “He’s actually putting his balls on the drum set. My drummer hates me so much right now.” Dan, master of singing things that most people would just say, had melodically asked a man in the crowd what was his favorite line from the film.

Dan’s big mistake was then daring the man, who had no doubt had a few too many merlots, to do the deed. Unlike the movie, there were no prosthetics.

Which I guess, like hosting the Catalina Wine Mixer on Catalina Island, was more authentic. And yet somehow, when re-creating a fictional thing, the most authentic-feeling thing, and maybe the only acceptable thing, is to maintain the fiction. Which either means never lifting the façade or getting everyone so drunk that when Dan concluded the evening with his take on “Con Te Partiro,” he sounded like the songbird of his generation. But by that time the tents serving wine had been closed for three hours.