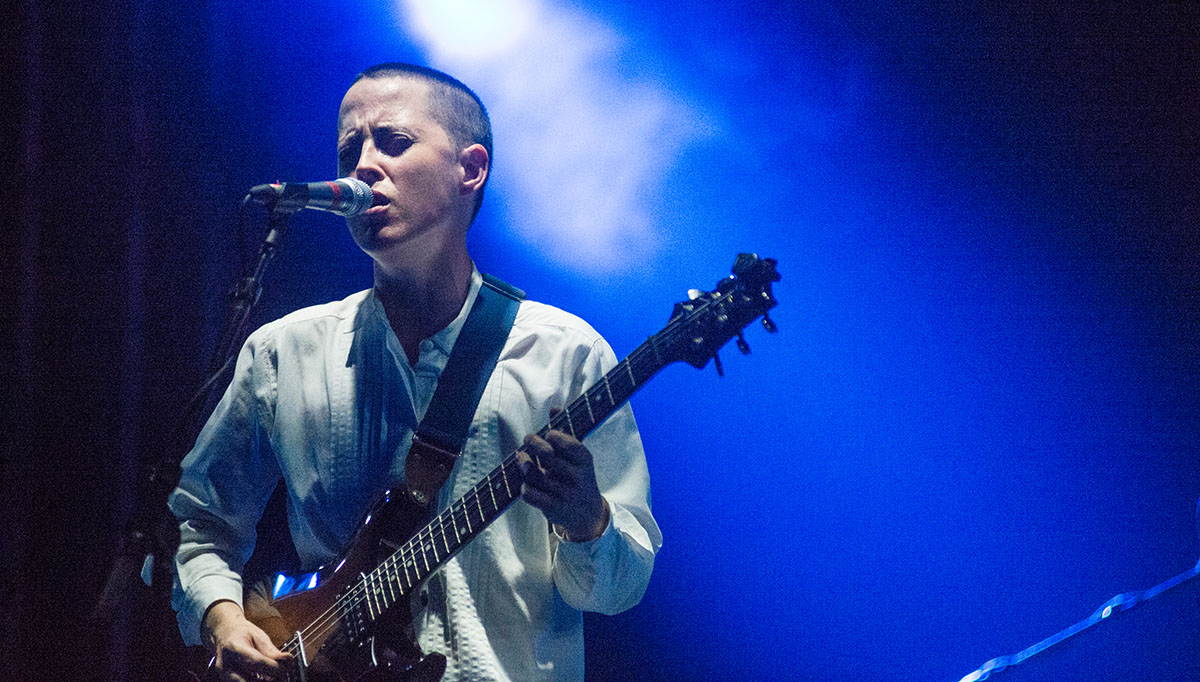 The Amazing, Picture You

If you regularly peruse music sites, you’ve probably seen a fair number of “Best Albums of 2015 (So Far)” lists. I’m not interested in making yet another list of well-worn favorites. Rather, I’m offering up some albums that are really good but for some reason aren’t being talked about all that much. For instance, I’m a big fan of Tame Impala’s Currents, an LP that’s showing up on practically every best-of list. But instead of talking more about Currents, let’s discuss Picture You, the beautiful fourth release by Swedish psych-rock band the Amazing. While Tame Impala shed much of its psychedelic trappings on Currents, the Amazing go deeper into the ether on Picture You, zoning out on waves upon waves of spaced-out guitars.

Sometimes the worst sin a band can commit is doing the same thing really well for an extended period. This is the only explanation I can muster for the nonresponse that greeted Untethered Moon, the latest from the yeomanlike indie-rock institution Built to Spill. The group continues to mine the territory it forged in the late ’90s with albums like Perfect From Now On and Keep It Like a Secret — while BTS’s output in the past 15 years has been spotty, Untethered Moon is a near return to form, expertly balancing pop hooks with beatific jams.

Like Little Richard and David Bowie before him, this 28-year-old Chicago-based singer-songwriter refuses to be boxed in by genre or social convention. On Perpetual Motion People, Furman draws from the full spectrum of rock history, from ’50s doo-wop to swaggering glitter rock to pensive indie pop, and grounds it in the singular experience of a gender-fluid manic-depressive who’s inventing a whole new world out of sound and fury.

Houndstooth, No News From Home

There aren’t many tunes I’ve enjoyed more this year than “Borderlands,” the song of the summer for people who prefer sitting inside with the curtains drawn to hitting the beach. The rest of Houndstooth’s No News From Home has a similarly offhand loveliness, recalling a time when indie rock was content to just hang out amiably with no particular place to go.

This Baltimore quartet fronted by the captivating singer-songwriter Jana Hunter has amassed one of the strongest discographies in indie-pop this decade. But unlike the similar but relatively one-dimensional Beach House, Lower Dens has yet to break through. Escape From Evil ranks perhaps a shade below 2010’s Twin-Hand Movement and 2012’s Nootropics, but it’s still first-rate mood music ideal for soundtracking the enigmatic noir film playing inside your skull.

This has been a strong year for upstart country, with knockout out LPs from Kacey Musgraves, Chris Stapleton, Ashley Monroe, and old stalwart Dwight Yoakam. Also make room for Michigan’s own Whitey Morgan, who ably satisfies country’s “drunken long-hair with a heart of gold” quotient. On Sonic Ranch, Morgan plays the outlaw card, but he has plenty of other tricks in his arsenal as well.

Drones is what happens when the modern-day, real-life Spinal Tap tries to make a profound, To Pimp a Butterfly–style statement — the fine line between clever and stupid is trampled by an army of joystick heads. But I have a confession to make: Whenever I claimed to be checking out the latest hip artist du jour in the first half of 2015, in reality I was usually listening to this massively silly exercise in stadium-rock protest music. Even if Muse is successful only one-third of the time, no rock band goes in like them anymore, and I find it endearing. Plus, let’s be real: “Reapers” shreds.1

Some longtime fans of this flinty Philadelphia-based emo outfit bemoaned the beguiling softness of Hyperview, which pulls off shoegazer-y ’90s rock hugeness on a ’10s basement-show budget. For me, Hyperview is like water — I drink it up with ease and frequency. Perhaps Hyperview’s accessibility can be read as slightness, but there are very few rock records from 2015 that are as well crafted.

Metal fans don’t slot Torche as metal, while anyone who’s not into metal will likely find Restarter too belligerent to put on at parties. Such is the predicament of this excellent Miami band, the best in the game at making melodic heavy-rock jams since the mid-’00s. (I suspect even Josh Homme would agree.) The uninitiated should start with Restarter’s title track, a hypnotic eight-minute pummeling that I could happily listen to for 800 minutes.

An in-demand producer and arranger as well as a quietly soulful singer and intently thoughtful songwriter, Matthew E. White makes records that sound like lost classics from the ’70s, merging R&B, gospel, country, and rock into warm slices of sound and serving them up à la mode. Operating out of his SpaceBomb studio in Richmond, Virginia, with a sizable house band, White is trying to re-create Stax in a Pro Tools world, and I applaud him for it.

‘The Right Reasons’ Podcast: ‘Bachelor in Paradise’ and the ‘Below Deck’ Teaser