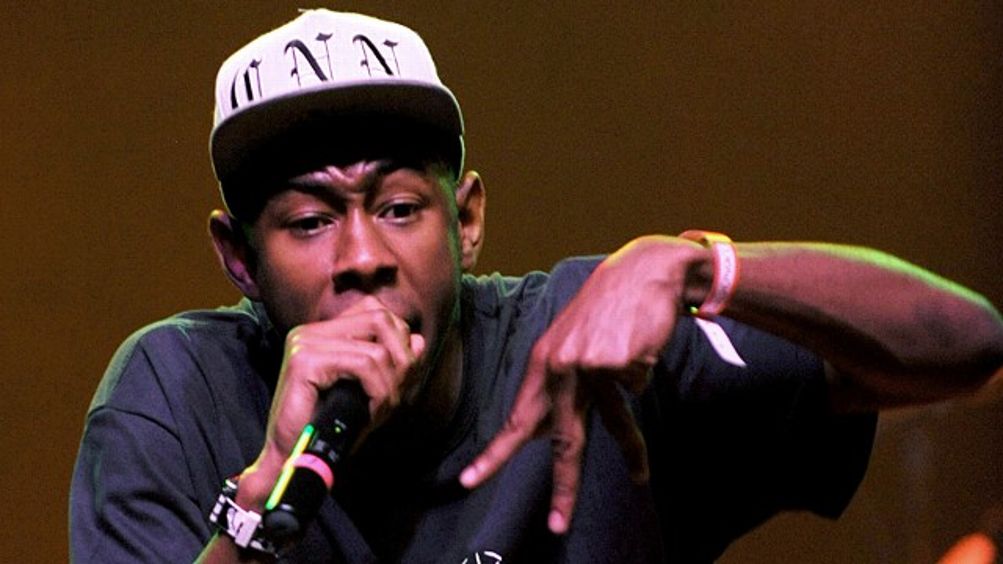 Well, hello, it’s been a while! Hope you’re well. You look good. Okay, so are you ready for a humblebrag to end all humblebrags? Here it is: I’m sorry I didn’t write a humblebrag power ranking list last month, but I have been busy writing the humblebrag book. See? A pitch-perfect, annoying cacophony of douchery on my part. But, also, it’s true. The book will come out in September of this year, and if you like this column, then you will enjoy it, since it’s essentially just this, but, like, 200 of them at once.

Okay then, enough shitty plugs: Let’s get down to it. A lot’s happened in the world of humblebragging since we last spoke, and I don’t want to waste any more time. Here are the top humblebraggers from the last couple of months.

“You ever been called on stage by DMX in front of 20,000 people to perform a song and forgot the lyrics cuz u were so nervous? I have lol”

I’m going to go ahead and assume this was a rhetorical question. He couldn’t have possibly wondered if anyone besides himself has forgotten DMX lyrics after being called up onstage, right? It’s such a specific and narrow margin of people who have experienced that. That being said, if I were him I would have been more nervous to tweet this than I would have been to get onstage with DMX. Namely because DMX hasn’t been relevant in, like, eight years, and this tweet was annoying (especially with the “lol” addition).

Also, his Twitter bio starts with “I like threesomes.” Come on, dude; let’s not try so hard to be a parody of a musician.

Mike James is a pro basketball player for the Bulls.

The subtext to this is, “Man, can you believe how in shape I am? And I’m out of shape!” He’s trying to convey how physically demanding his job is — that he is in pretty amazing physical condition, yet still considers himself out of shape. But that’s arguably the least relatable gripe on the planet. Hey, Mike, I ate Domino’s for breakfast. So did everyone else.

“Even when you know the call is coming, it’s startling to see ‘Isabella Rossellini’ come up on the CallerID.”

Guys, guys, just hear me out for a sec: Is there a chance … that Samuel Adams (not the beer guy) … has psychic abilities?? How’d he know the call was coming?! How’d he know it was coming!!?!

Also, I don’t even think I would be startled if Isabella Rossellini showed up at my front door.

“I just received an award for my teaching!?!? #whaaaaaaa?#thedangersofpublicschools #theawardisliterallyabaleofhay”

I feel truly guilty putting this guy on the list. He is a teacher. They are, by and large, good people with very hard jobs. My sister is a teacher. My mom was a teacher. Teachers should be rewarded more than they are.

That being said, he should teach a class on humblebragging. I love the enthusiasm here. It’s an onslaught of punctuation marks and hashtags. Primo stuff.

Tom Morello is the lead guitarist/Harvard graduate for Rage Against the Machine.

“If u are in contact w/any of the 5 women who declined my prom invitation, please forward: SEXIEST MEN IN POP MUSIC http://blog.sfgate.com/mlasalle/2012/03/08/all-time-sexiest-men-of-pop-music/#3060-3”

I love it when you can see the chip on a wildly successful person’s shoulder. Wait, no I don’t.

“I wish these hotel employees would stop staring at me like they’ve never seen a skinny woman before. Err, or haven’t they?”

That could be it, or maybe there is a chance they just recognize you from the videos in which you have sex with people.

All that being said, Dana, I hope this doesn’t hurt my chances with you.

Kevin Powell is a political activist and a poet (ugh, I know).

“Just bought 2 homeless women near my building dinner. Can’t do this every day but it hurts to see these women begging so hard for help.”

Best of luck to you tomorrow in your struggles of going back to ignoring them.

The only way this isn’t a humblebrag is if Acting Keith is a cabdriver. Then it’s just a casualty of the job, and I respect his work ethic. However, his Twitter name isn’t “CabbingKeith,” it’s “actingkeith,” and thus, he is letting everyone know that he parties with “movie stars.” Though it kind of sounds like they just use him for rides.

“This group of bum looking guys just tried hitting on me in front of all of my co-workers. Hilarious & embarrassing at the same time”

Whelp, it’s happened: the most hatable thought that has ever been conveyed by man. From her profile picture, Kamilah looks to be some sort of model type person, I guess, or at the very least, she appears to be standing how a model stands. “This group of bum looking guys” makes the worst/funniest right off the bat. And then she goes on to be embarrassed at the mere idea of someone who looks like a homeless person giving her attention. It’s like, “Yeah, right, homeless guy! I’m fucking Kamilah Anwar and you don’t have a fucking home! Keep it movin’, pal!”

Boo, Kamilah Anwar. Boo to you.

After a lengthy hiatus, it’s good to see the king reclaim his throne. Well, I guess @TotesMcGotes is the true king, but @fucktyler is most certainly a prince.

“I Hate When Some Dude I Went To School With Ask Me What I Been Up Too. Nigga, You Know. Why Ask? If I Tell You Ill Sound Like An Asshole.”

You hate when someone asks what you’ve been up to? I’ve never seen a guy hate formalities so much. This is like a Larry David complaint, but the rapper version.

“When People Say I Inspire Them To Like, Idk, Enjoy Life, That Shit Is Weird And Awkward For Me. Cool Tho.”

Well, which is it, Tyler: weird, awkward, or cool? Can’t have it be all three. You have to choose. Ahhhh, who am I kiddinn’ — you’re the prince! Do whatevs you want! Have a field day, kid!

Whelp, that’s it! See you next time!