LSU Heads to Florida to Deliver a Gut Check, and the Rise of Oregon State 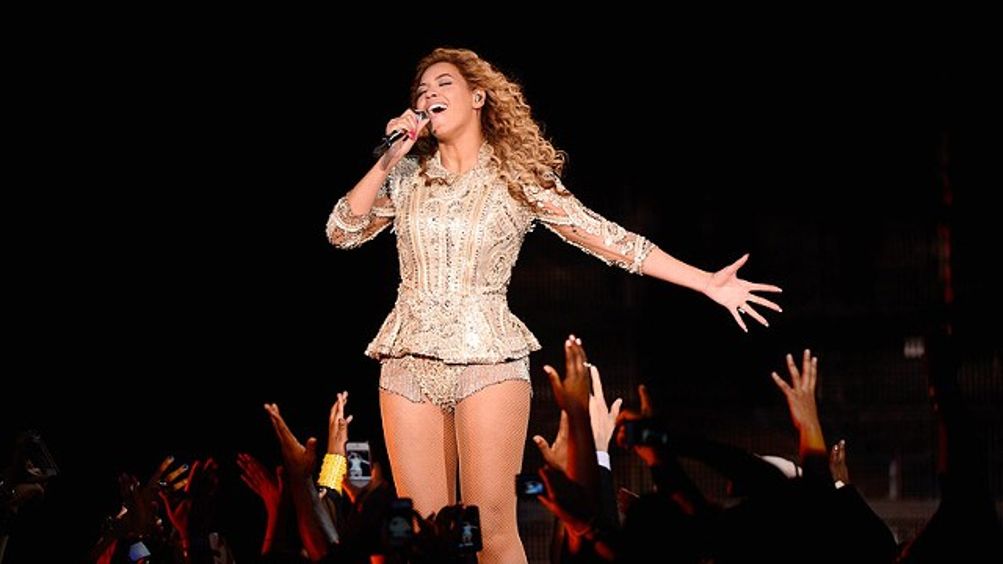 If this is your first encounter with the Diva System, here’s the explainer.

It’s been a slow summer for Divas. We thought the fall, with its stupid awards shows and heightened consumer activity, might pick things up, but so far we’ve been presented with a pretty meager plate. Alicia Keys put out a new song. It was terrible, of course. Brandy attempted a comeback from her assorted vehicular troubles. Nobody really cared. Really, the only Diva news came from the world of singing competitions, that great green pasture where old Divas go to fart, guzzle pain meds, and pretend to be mean. I’ve already written enough about those shows for five lifetimes and, honestly, I have no words for Britney, Xtina, Nicki Minaj, and Mariah Carey or whatever they might or might not be feuding about. (Mariah, please put out a song that shows off some of your once-vaunted vocal ability? We’ve had 10 years of you whispering and squeaking around like Tamara the fucking dormouse. You’re in your 40s and have kids. Nobody wants to be “titillated” by you anymore. Just belt out some power ballads.)

And so the committee would like to take this opportunity to clean up some odds and ends, introduce a new category, and finish the following sentence: “Adele is the biggest thing since ________.”

For the past two years, I’ve been America’s no. 1 Beyoncé troll. I’ve trashed, snarked, and side-eyed the Queen B at every turn; I have questioned her vocal talent, her “authenticity,” her ability to take her listeners on an emotional journey. Full disclosure: Etta James is my favorite singer of all time.1 Much of my anger at Bey came from two tacky career decisions — the first, to play Miss Peaches in Cadillac Records; the second, to sing “At Last” at Barack Obama’s inauguration. Beyoncé-as-Etta felt like the height of arrogance and cynicism, something close to the hot, stinky confidence that allowed the bankers of America to cripple the country’s economy en route to padding their own bonuses. At the time, she really did feel corporate and unstoppable — Galactus, who would swallow all of soul and R&B. She had already eaten and shat out Etta. How long till Bey got hungry again and started picking at Gladys Knight? Would I ever get to un-see or un-hear this?

I certainly don’t regret my two years of trolling Beyoncé. She’ll never crack a C+ in the Diva System’s Pure Vocal Talent. Her best live performances are carefully staged YouTube hits. Despite all the ejaculatory words written about her show in Glastonbury, Beyoncé still hasn’t stepped on a nationally televised stage and brought the country to its knees. Whitney did this. Aretha did this at the age of 56. Even Jennifer Hudson did this. I have no problems with saying that Bey still reads as a lifeless yet alluring vessel, the only singer with two personas, neither of which signifies anything. But throughout all the gleeful hate, there’s been one song that’s nagged at me and forced me to reconsider. It started as a small rash, but it has spread to the point where I can no longer ignore it.

“Halo” is my itch, and after hundreds of listens across all parts of the Internet, the Diva Committee has come to the following, discomforting conclusion: “Halo” is the best R&B song of the past 25 years. It’s certainly Beyoncé’s best song and the most Diva jam since Toni Braxton’s “Un-Break My Heart,” and although we’re still teary over what happened to Tyson Beckford once he climbed atop that motorcycle, all the Toni moaning in China can’t hold up to “Remember those walls I built? Well, baby, they’re tumbling down … ” The relative greatness of “Halo” is only relevant in one way — Beyoncé needed a slow jam to cement her legacy as one of the best ever. “Halo” covers up for so much in the Beyoncé canon — it’s her one truly emotional moment; it’s the song that other Divas will cover down the road; it’s the song she can always bust out when things go wrong. And for introducing one truly great song into the Diva Library, Beyoncé deserves a sincere round of applause.

So. With all that said, we, the Diva Committee, would like to lift Beyoncé’s exile from DIVAWATCH and introduce a new category to the rankings: FAN MANAGEMENT. How well do you stay in the public spotlight? How well do you manage your brand? How many social media/meme/YouTube movements can you inspire? Beyoncé scores a perfect 20 out of 20 in this category. She’s the Teflon Don of pop — remember those other girls in Destiny’s Child who mostly disappeared? Me neither. Remember Cadillac Records? Well, yes, but I’m the only one. Remember Foxxy Cleopatra? I don’t even remember Mike Myers. But do you remember this?

Of course you do. And do you remember this?

I will never forget.

Congratulations, Queen B. Now please, use your Illuminati powers to go erase every copy of Cadillac Records in existence.

DIVA MOMENT OF THE MONTH

I’ve always had a soft spot for Kelly Clarkson. Yes, she sings the same song over and over again and yes, she rarely shows off the full extent of her pipes, but hot damn if this isn’t the best cover of “Someone Like You” I’ve ever heard. Love everything about this video. I dug the Walter Benjamin reference in the first minute. Yes, YouTubing concerts is kind of like reproducing art in the age of mechanical reproduction. She gets a bit shaky on the high notes, but saves it all by belting “NEVER MIND I’LL FIND SOMEONE LIKE YOU——OOOOO.” Also, that shirt is the Bad Idea Diva Moment of the Month.

With sales of her album 21 approaching 25 million and with her songs constantly playing on the radio, the time has come to complete the following sentence: “Adele is the biggest Diva since ________.” Last year, the Diva Committee gave her a score of 815, which registers somewhere in the Kelly Clarkson zone. For a British singer with a limited discography, somewhat bland live performances, and pretty standard source material (read: She’s no Mary J.), an 815 scores off the charts. Adele’s ability to repeatedly take the listener on an emotional journey through her one very bad breakup overwhelms any quibbles about small sample sizes and “The Lessons of Natalie Imbruglia.” Adele still hasn’t sold as many albums as Norah Jones did in 2002, but the success of 21 wasn’t built entirely on the appeal of one catchy-ass song.

The search for Adele’s most comparable singer should start with her contemporaries. Katy Perry hogs about as much airtime as Adele and she’s been doing it longer. The problem, of course, is that Katy Perry is terrible. You know when you puke and your chest feels tight so you make a yelpy noise to flex your solar plexus and clear your throat? That’s what Katy Perry’s voice sounds like — strained, muffled, bilious. I have no words for her “outfits” and her “quirks.” As for her persona as a “secretly smart” pop diva, here’s a good rule of thumb: If Vanity Fair has to publish thousands and thousands of words to convince the public that — gasp — Katy Perry is smart, it means her whole act translates at somewhere around a first-grade reading level. Did anyone ever question whether Aretha was smart? Did anyone care if Whitney could even read? Can you watch any Etta James performance without sensing a deep intelligence that animates every note, every hand gesture?

This is all to say: There’s a level of Divadom where the public stops seeking out contrarian profiles or “shocking” revelations about your character. As long as you don’t say something horrifically bigoted, everyone will still line up to buy your albums. (Only R. Kelly Status is higher.) Adele seems to have reached Bigot Status on the strength of one album. To find a comparable Diva, you have to find an artist who rose to the same heights in roughly the same time frame.

The last female solo artist to reach Bigot Status in one album?

Can you remember the last time a female singer put out five, six truly enjoyable singles in a year? The last time you, your mom, and your aunt all bought the same album? The last time all the peoples of America went through the same weepy breakup? The last time a star seemed entirely born out of the demands of the moment? Alanis, from the need for a salable post-grunge face to sell to women; Adele, from both America and England’s weariness with manufactured singing show contestants? Is there really any difference between “You Oughta Know” and “Set Fire to the Rain“?

There are differences, of course. The success of Jagged Little Pill birthed an entire generation of bad impersonations, much of which carried a vaguely political indignation. (Hello, Lilith Fair!) Adele is the culmination of a decade of British singers who all mush up their vowels and belt out power ballads. Regardless of how much 21 ends up selling, Adele will never equal Alanis’s cultural imprint. But that’s also why, despite her recent inactivity (I know she’s pregnant, but Bey performed before, during, and right after the conception, gestation, and birth of Blue Ivy), I think Adele has more of a future than Alanis did back when her own very bad breakup began to beg for some sort of resolution.

Adele, like Beyoncé, can be pretty much anything you want her to be. Alanis could not. This distinction comes not from how they were marketed or how strongly they committed to a persona, but rather from the quality of their voices. Aretha has stayed afloat for 50 years because she had the pipes to sing soul, disco, ’80s ballads, opera, and, of course, gospel. Whitney could power-ballad, she could “How Will I Know?,” she could even “Same Script, Different Cast” with Deborah Cox. Alanis could only, “Hey, I’m super pissed and getting a bit weird over here.” When that weirdness dissipated and an awkward, quasi-Buddhist Canadian was all that remained, we moved on. I can’t imagine that Adele’s next album will be anything but disappointing, but I imagine the totality of her next three albums will measure up to 21.

Which, really, is the best anyone — even the best Divas — can do.