Speeding Motorcycle of My Heart: The Year in KimYe 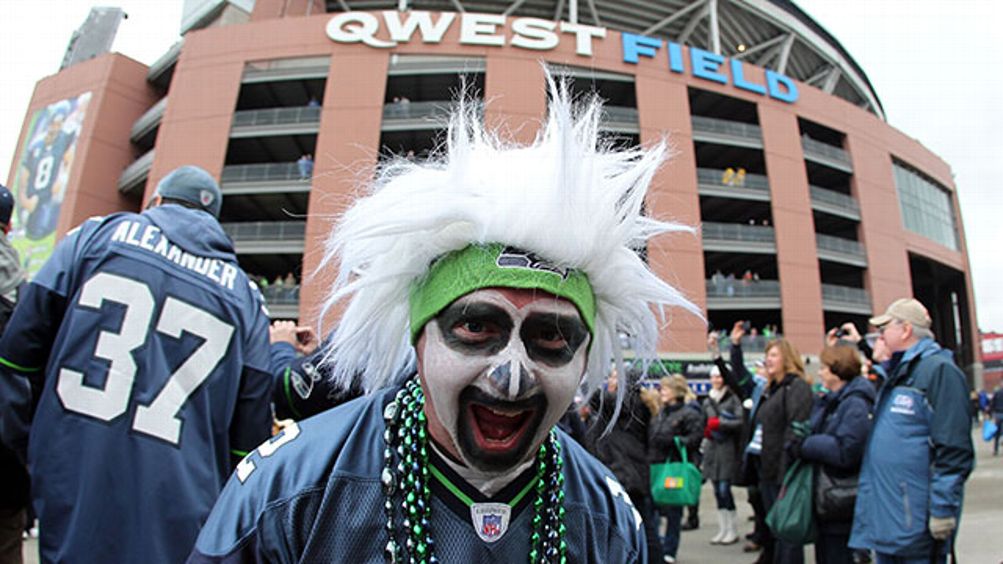 NFL teams toward the top of the standings aren’t just fighting for a playoff spot; they’re fighting for home-field advantage, too. Home-field advantage is hardly a cure-all, considering that the last three Super Bowl champions have only played a combined two of eight possible playoff games at home, but there are teams for whom it would provide an obvious opportunity. Think about the 2009 Saints, a team that won the Super Bowl with two games at home, built on a scheme that seemingly does much better at home than in the possibly blustery conditions of road football. They’re 4-0 in the playoffs at home with Drew Brees around and 0-3 on the road. Think they want to stay home for as long as possible this year?

Of course, Seattle currently has a reputation as having the best home-field advantage in all of football. Seattle has talked about its 12th Man having an impact for decades, but the most recent run linking the Seahawks’ fans to that unofficial title really began after they beat those same Saints in the 2010 playoffs, with a raucous crowd causing a seismic monitoring station to register a small tremor during Marshawn Lynch’s legendary touchdown run. The Seahawks will play at home this week with a chance of sealing home-field advantage throughout the playoffs. It seemed like a good time to figure out if they really do have the best home-field advantage in football. In doing so, I found another matchup with playoff implications from this week’s games that might be swung by a dramatic home-field advantage, one I never expected until running the numbers.

To figure out who has the best home-field advantage in football, I went through the recent past and figured out the point differential for each team in their regular-season home and road games.1 To figure out their home-field advantage, I subtracted the road differential from the home differential and divided by two (since we’re measuring home-field performance versus, theoretically, a neutral field). Games that weren’t played at a team’s typical home stadium, like the London international series or Buffalo’s annual game in Toronto, were considered to be neutral-site games and excluded from the study.

As an example, take the home-field performance of the Seahawks since 2002, when they opened their new stadium in downtown Seattle. The average Seahawks home game over that time frame has seen them win by exactly one touchdown, 7.0 points. Only four other teams have won their home games by a larger average margin than the Seahawks. Those teams are each better on the road, though, than Seattle; the Seahawks lose their average road game by 3.3 points. That’s a swing of 10.3 points the moment Seattle gets on a plane, which suggests that Seattle’s home-field advantage is worth 5.2 points. That is, as you might expect, the most impressive observed home-field advantage in football during that time frame.

Here’s a table with each team’s home-field advantage in its current stadium, leaving out any games from before it moved into its new stadium. This only includes games since 2002, since that’s when the NFL expanded to its current 32-team size, divisional structure, and schedule.

Did you expect the Ravens to have the second-best home-field advantage in all of football? Me neither. Since 2002, the Ravens have been significantly better when they’re in the Inner Harbor than they have been on their travels outside of Maryland. I know what you’re about to say. Yes, the Ravens just won a Super Bowl while winning two road games. This study doesn’t include playoff games in an attempt to keep strength of schedule relatively consistent from team to team. And it’s not like the Ravens are a bad road team, as they have the ninth-best average point differential for an NFL team on the road. They’re just much better at home.

That small fact is about to become very meaningful for Baltimore. The Ravens are about to play their two biggest games of the year, and home-field advantage comes up as a topic in talking about both of them. On Sunday, Baltimore will host New England in an important game, one it would obviously rather play at home, given its success at M&T Bank Stadium. The week after, it has to travel to Cincinnati to play its divisional rival. If it can beat the Patriots and the Bengals, Baltimore would lock up the AFC North and get to play its first playoff game at home, which would be a huge boon to its chances of making another deep playoff run.

If there’s some indicator that seems to suggest a team will be more likely to have a notable home-field advantage, I don’t see it. There are good teams at the top of the list and toward the bottom; note that the Patriots, who have been the best team both at home and on the road over this 12-year stretch, have one of the worst home-field advantages in football. The Eagles, another well-above-average team over the time frame, are also toward the bottom of the list. There are teams in domes at the top (Cardinals, Vikings) and toward the bottom (Falcons, surprisingly) of the rankings.

One thing that might pop up as a possible indicator is the impact on teams from the West Coast of playing games at 1 p.m. ET on the road on Sundays, when players’ bodies feel like it’s 10 a.m. PT. Teams like the Seahawks, 49ers, and Cardinals might have subpar records on the road because of that possibility. Then again, while there are three NFC West teams in the top five, none of the AFC West teams — which should be equally affected by that concern — exhibits a significant home-road split.

The Ravens actually climb to the top of the charts there; they’ve won 76.8 percent of their games at home since 2002, but just 41.1 percent of the time on the road. That’s like the difference between a 12-win team and a 6.5-win team. On the other hand, the Eagles have the embarrassing title of being the only team in football with a worse record at home than in its travels; since opening the Lincoln Financial Field in 2003, the Eagles are 48-39 (.551) at home and 51-35-1 (.593) on the road. They’re a dreadful 5-10 at home over the past two years when the rest of the league has won nearly 60 percent of their home games over that time frame. That’s interesting news for a team that has a very important home game against a surging Bears team this Sunday night, right?

Talk to Eagles fans and they’ll surely suggest that the atmosphere in Philly has changed since the team moved out of the brutal atmosphere of Veterans Stadium into the more modern, human-friendly Linc. It’s hard for a team to have less of a home-field advantage than what the Eagles have had since moving, but was the Vet really that much more terrifying of a place for traveling teams?

Not really. Let’s finish up by running the numbers for all teams from 1990 through 2002 — the 13 years preceding the closure of the Vet — and see what home-field advantage looked like a generation ago. I won’t adjust these figures for the arrival of new stadiums, but I did split out the numbers for teams when they moved to new cities, like the Rams and Raiders. I also didn’t include the Houston Texans, who had one season under their belts. From 1990 through 2002, the best home-field advantage in football belonged to …

… the Broncos, but do you see who’s fifth there? The Jaguars had the fifth-best home-field advantage in football from their arrival into the league in 1995 through the end of the 2002 campaign. A lot can change in a decade, but the Eagles did not possess a particularly threatening home turf (except perhaps to ACLs) by the methodology of this study. They come in 27th of the 34 home cities surveyed, albeit ahead of their archrival to the North. Both the Giants and Jets enjoyed little advantage from their time in the Meadowlands.

Just below the Eagles, notably, are the Seattle Seahawks. This study includes their first year in what was then Qwest Field, but it’s very interesting that they exhibited a well-below-average home-field advantage not so long ago. Is home-field advantage totally random? Or have the Seahawks used the acoustics of their new stadium and the need to uphold a reputation to actually develop the league’s most effective home-field advantage? I suspect it’s more the former, but if my favorite team were anywhere near the playoffs, I sure wouldn’t want them to need a win in Seattle to make the Super Bowl, either.