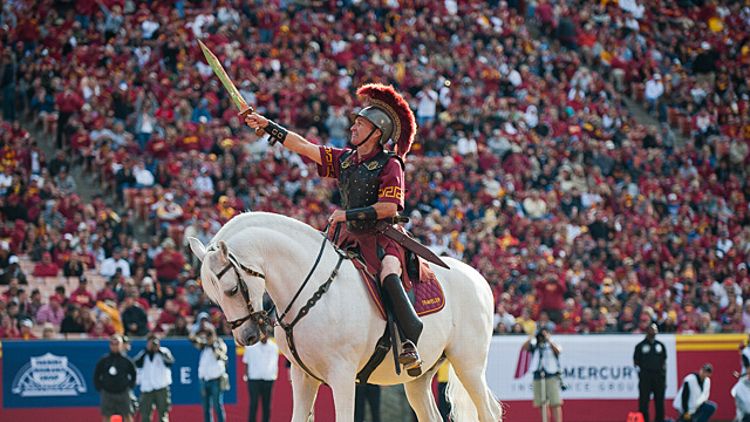 Guys, I’m not gonna put lipstick on the Week 12 pig. This is not a terrific Saturday. After several weeks of knocking us back on our heels with marquee game after marquee game, NCAA football is slumming it. This is the week when most SEC teams are playing what I think are high school squads, but may in fact be new Big East teams.

But here’s my argument — weird, wild stuff happens in the so-called “boring” weeks. Something’s going down. An upset is brewing. I’m not sure if it’s Baylor over Kansas State, Wake Forest over Notre Dame, or Stanford over Oregon, but it’s coming. And when it comes, you don’t want to be the guy with his thumbs in his pocket, crying. Stop crying, dude.

10. Duke at Georgia Tech
ACC title implications, so I’m not a homer. Duke is coming off a bye week, which is usually a good sign when a team is about to face GT’s weird option offense, but Tech quarterback Vad Lee is red-hot. I followed his senior year of high school at Hillside High in Durham, North Carolina, and I can tell you he’s a spectacular athlete, a smart dude, and a better passer than you normally see at Georgia Tech. As a Duke fan, this game is a win-win for me.

9. Northwestern at Michigan State
It’s sort of interesting that MSU isn’t bowl-eligible yet. Sort of. More interesting is Northwestern’s attempt to close the season with two wins and maybe sneak back into the Top 25. And now, a strong opinion: Northwestern has the most beautiful campus in America. Prove me wrong.

8. Wake Forest at Notre Dame
There’s zero reason to think Wake has a shot. Zero. But why do I get cold chills every time I think about this game? In theory, Notre Dame simply has to survive USC next weekend to finish the regular season undefeated, but it feels so Notre Dame–ish to lose a minor game before. I can’t shake the notion that this game will get weird.

7. NC State at no. 11 Clemson; no. 10 Florida State at Maryland
Clemson and FSU have the same record in the ACC Atlantic, and the winner of that game will almost definitely take the ACC title game against Miami, Georgia Tech, or Duke. FSU owns the tiebreaker with Clemson, which essentially means they’re a win against Maryland away from a BCS berth.

6. Rutgers at Cincinnati
Token Big East pick. If Cincy wins, we’re heading for a crazy three-way tie and a winner-take-all final week. It could be really excit — hey, where’s everyone going?

5. Ohio State at Wisconsin
There are two obstacles left to Urban Meyer’s hilarious quest for an undefeated season, and the first is Saturday in Madison. Wisconsin secured a spot in the Big Ten championship game last weekend with a win over Indiana, but the obvious caveat is that Penn State and Ohio State are ineligible. To further invalidate the division, I will be rooting for Ohio State. And isn’t it bizarre to think that without the one-year ban, we’d have at least a small chance of seeing an Ohio State—Notre Dame BCS title game?

4. No. 23 Texas Tech at no. 24 Oklahoma State
The also-rans of the Big 12. The problem here is that OKSU has looked solid four weeks in a row, while TTU is fading fast and barely squeaked by Kansas last week. The blowout is in play.

3. No. 18 USC at no. 17 UCLA
First time in 11 years that UCLA has been ranked higher than USC for the Crosstown Showdown. Things could go from bad to worse for Lane Kiffin and the Trojans in a year that’s already been a severe disappointment. Is anybody rooting against this?

2. No. 1 Kansas State at Baylor
A blowout of Kansas two weeks ago and a narrow loss at Oklahoma last week gives Baylor the slightest hope. TCU and Iowa State are the only schools who have limited Baylor to 21 points this season, and if the Bears can score at home, they have a theoretical shot. On the other hand, how are they possibly going to stop the Kleinapple Express?

Stanford is exactly the sort of stodgy team that can play slow, score early, and even stop the Ducks’ offense once in a while. The Cardinal have allowed more than 23 points just once this season, but that one time was an odd 54-48 home win against Arizona. They won’t be able to outgun Oregon like that at home, and a fast start is key, but this feels like the most likely big upset of the week.

Quick-action remotes and computer assistance are encouraged. (All times Eastern.)

Have fun, and for God’s sake be safe.